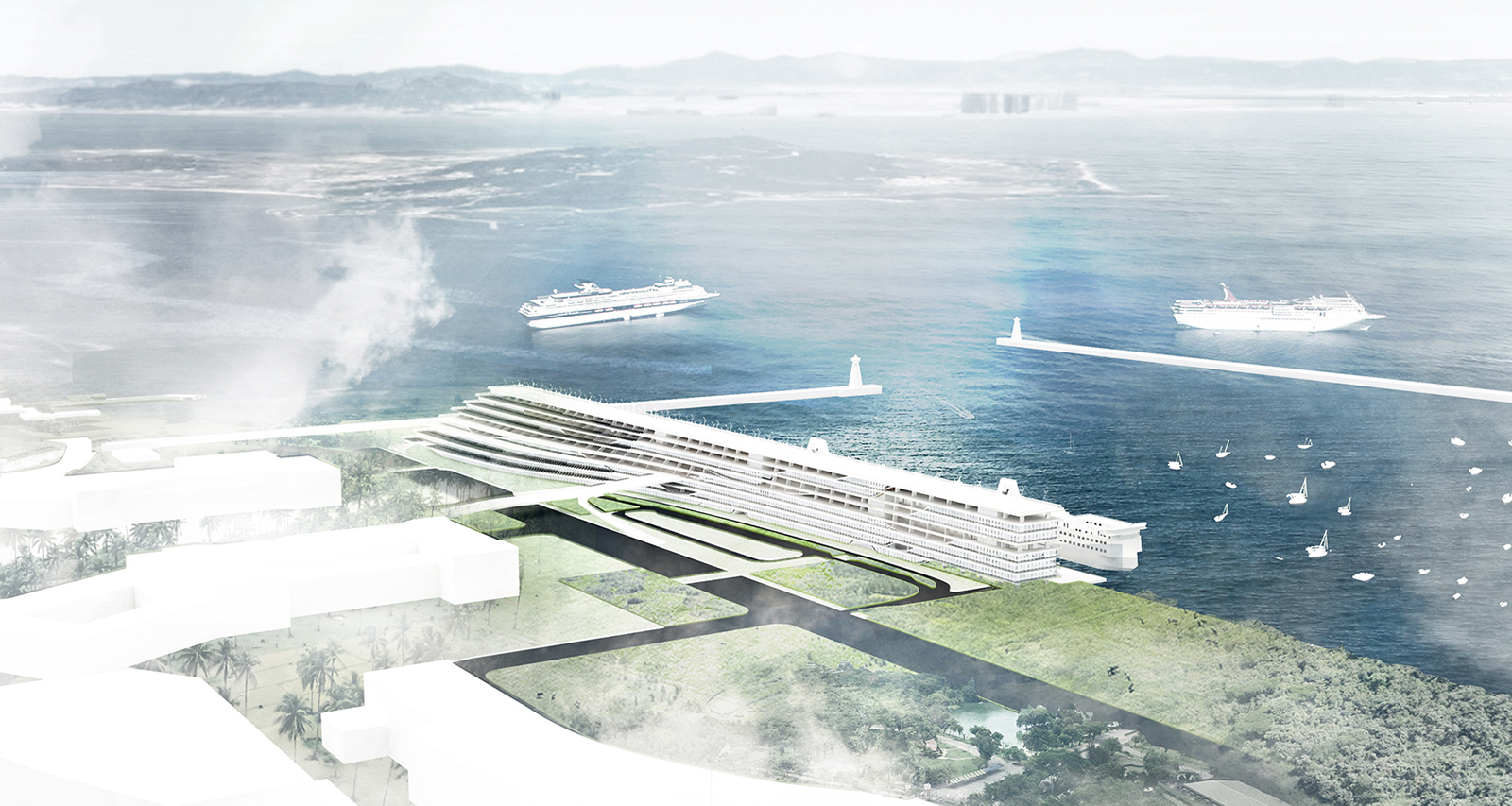 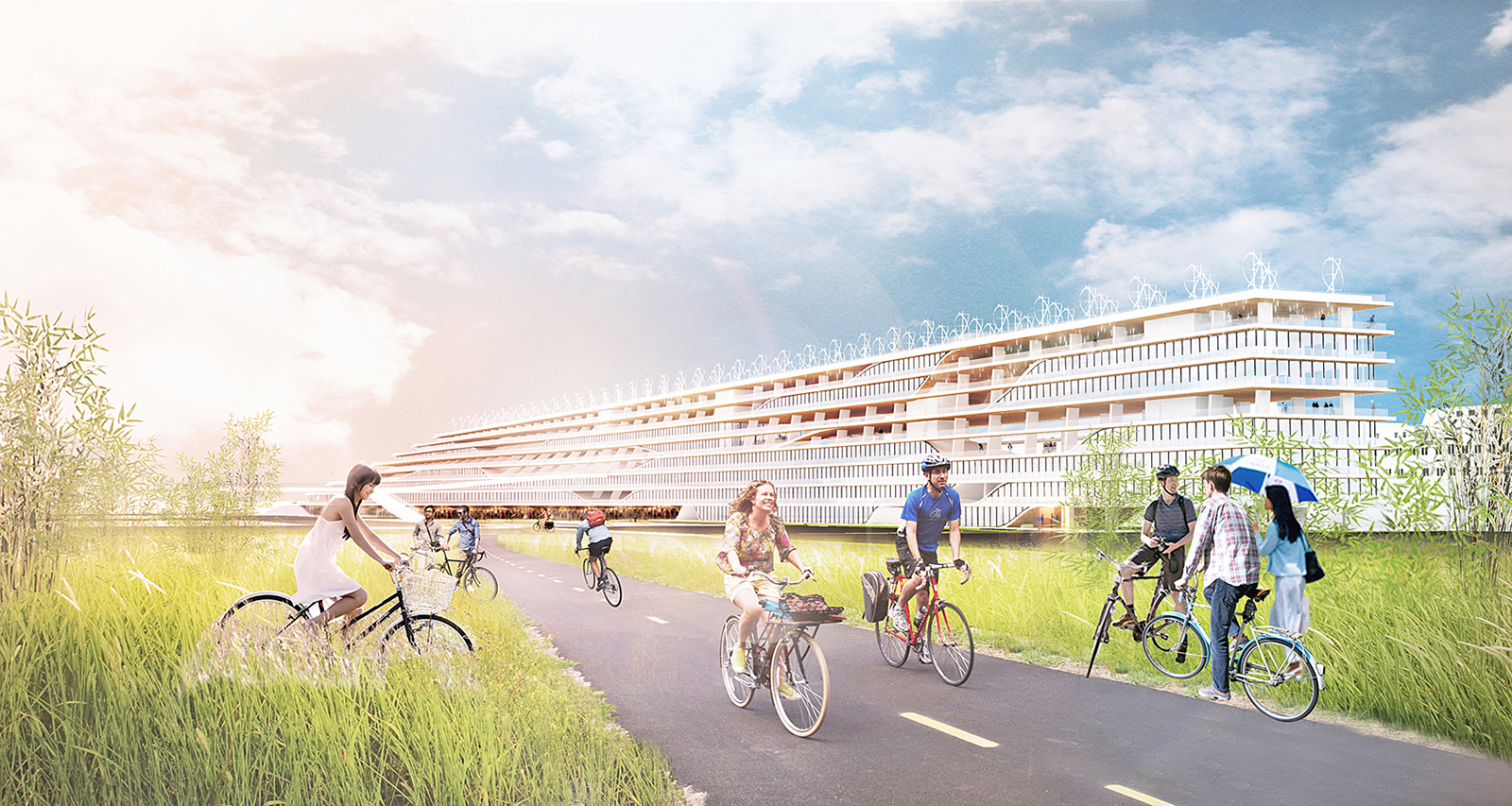 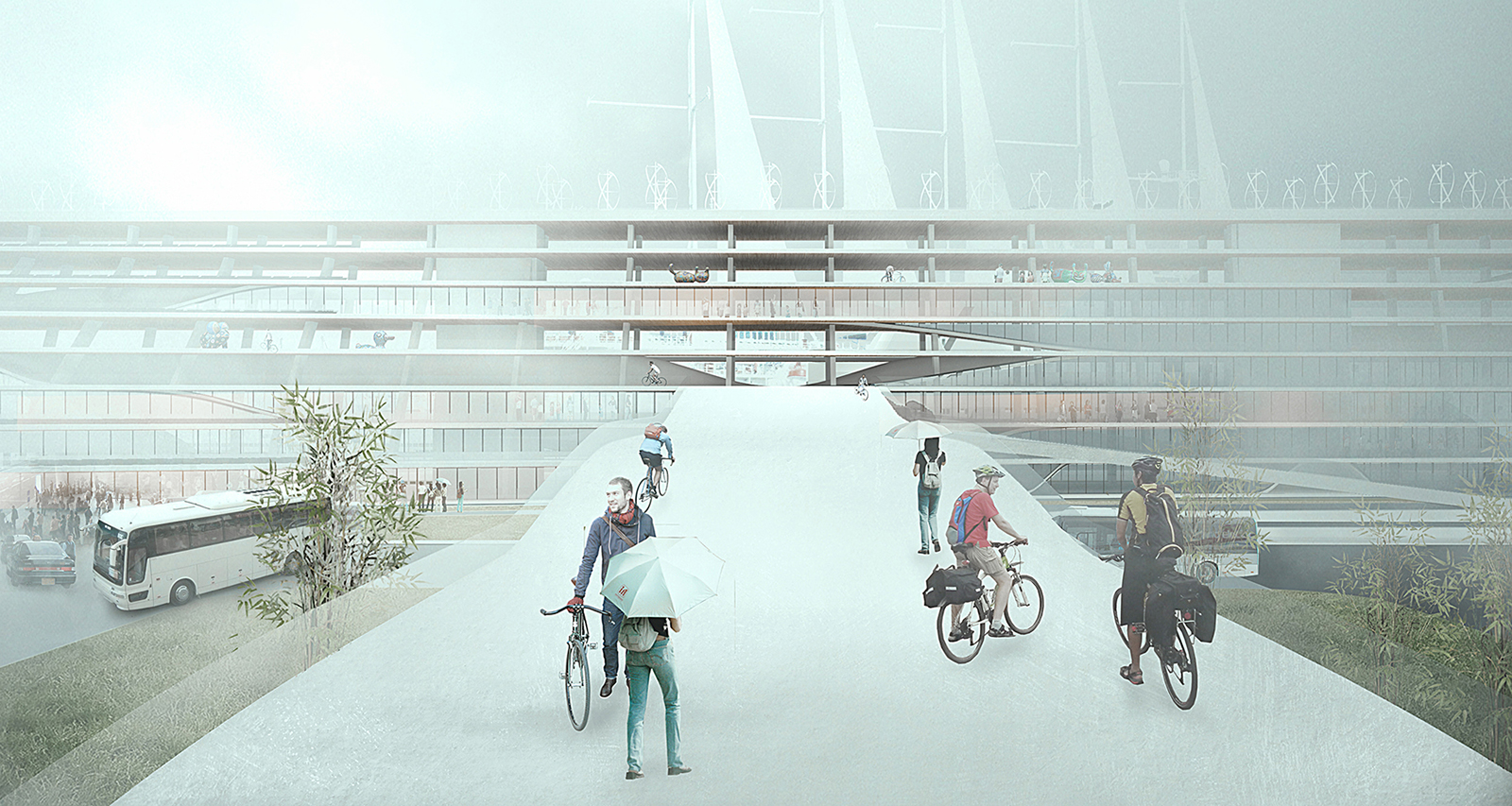 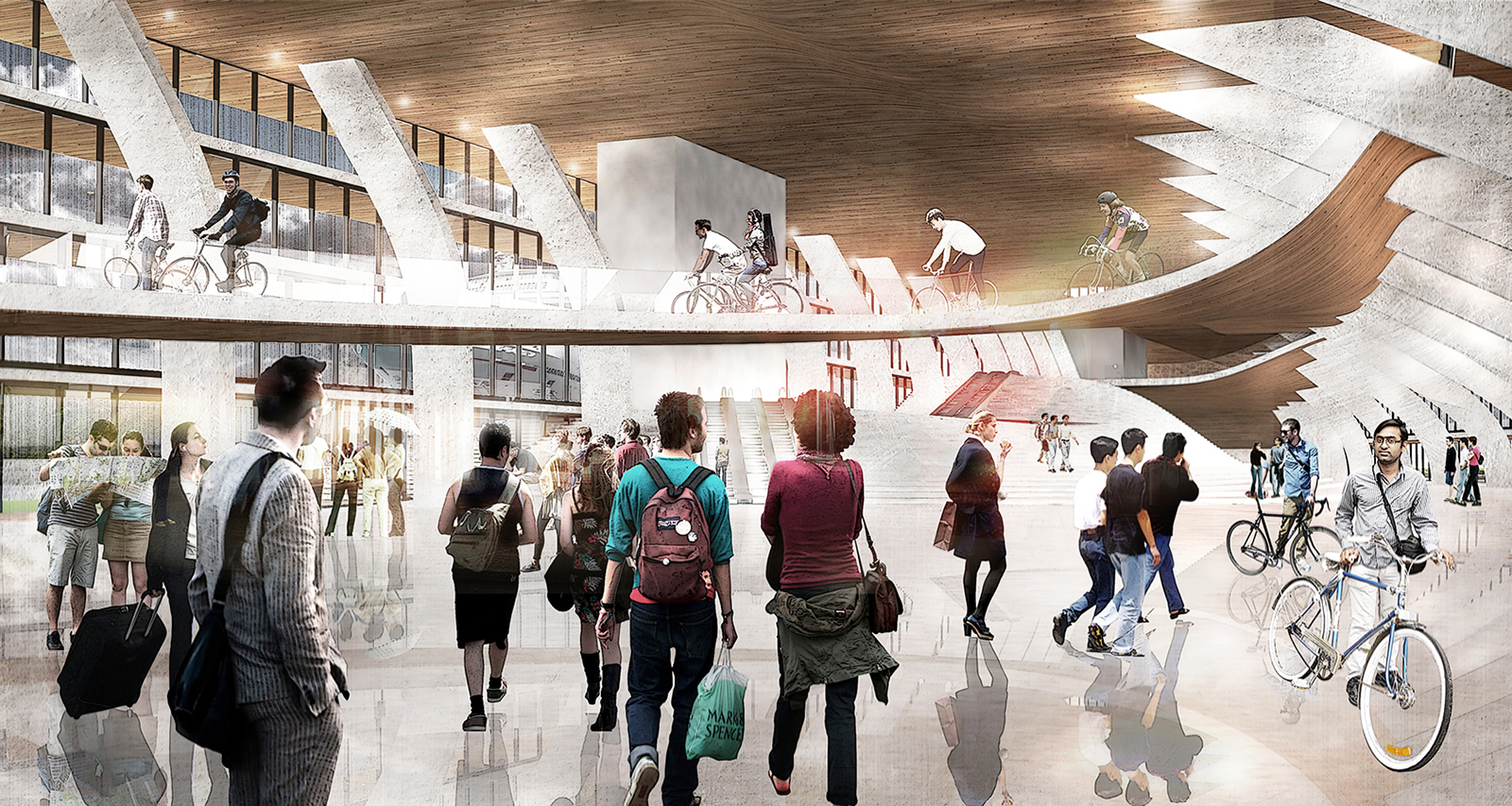 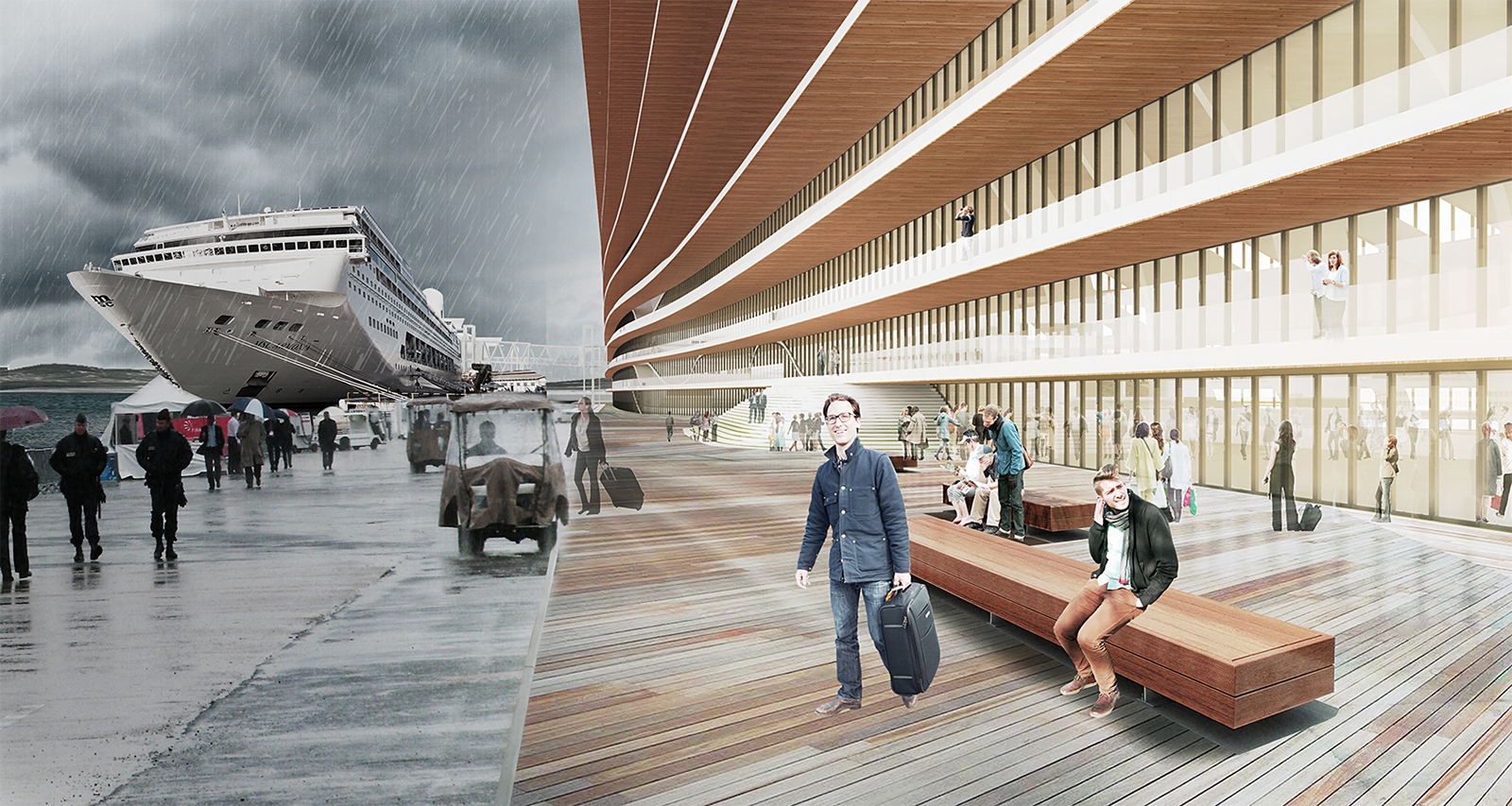 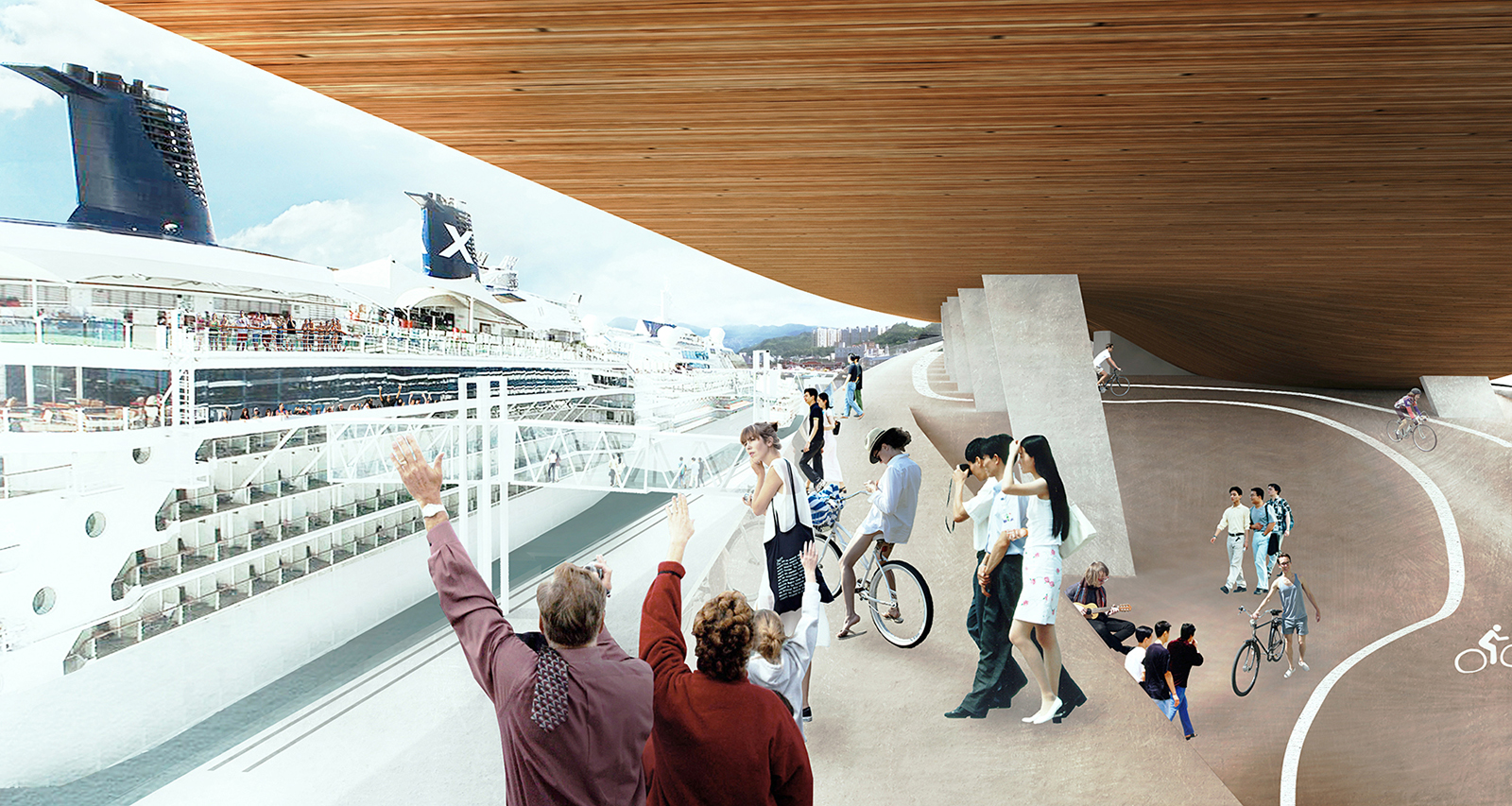 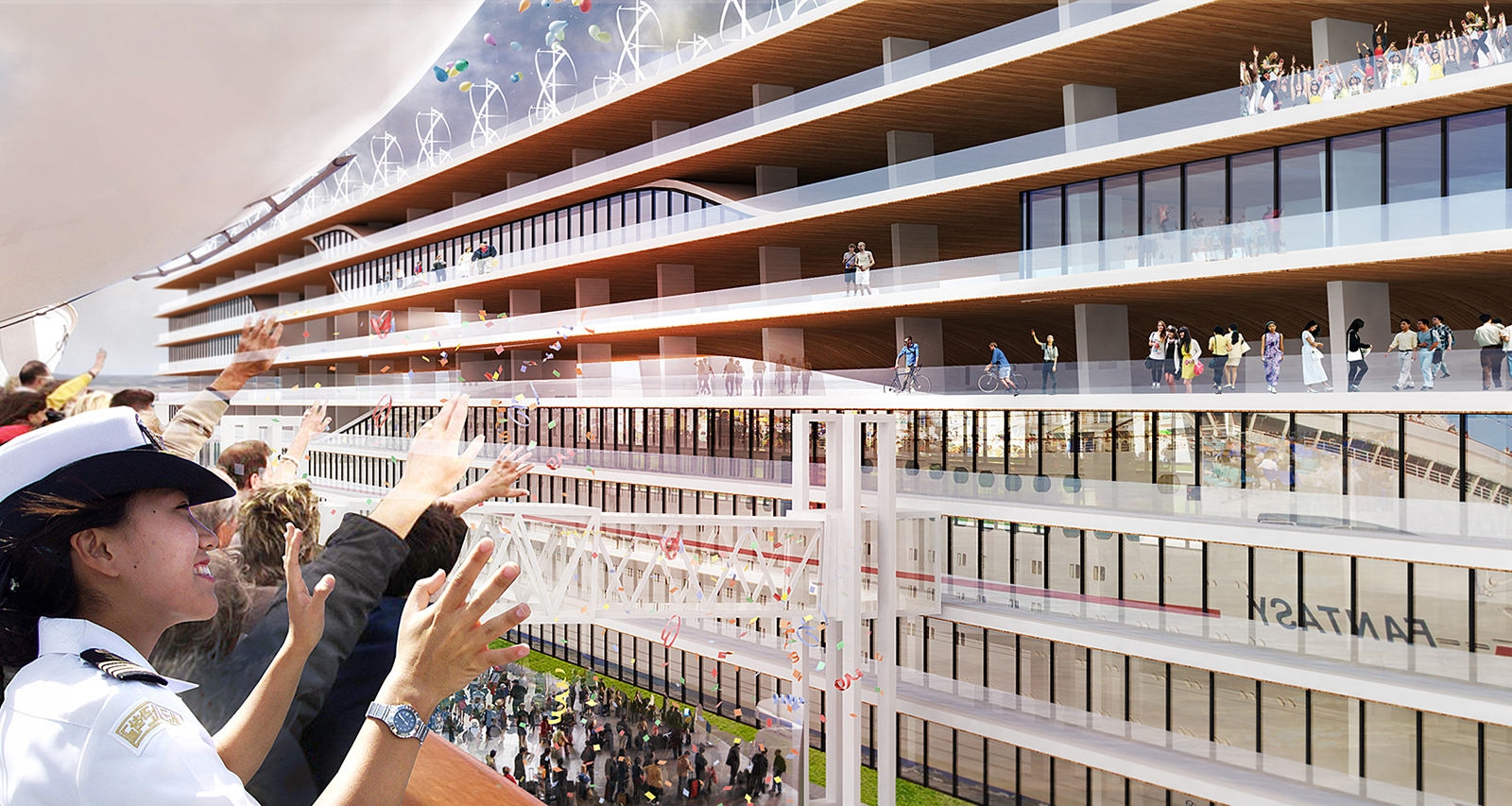 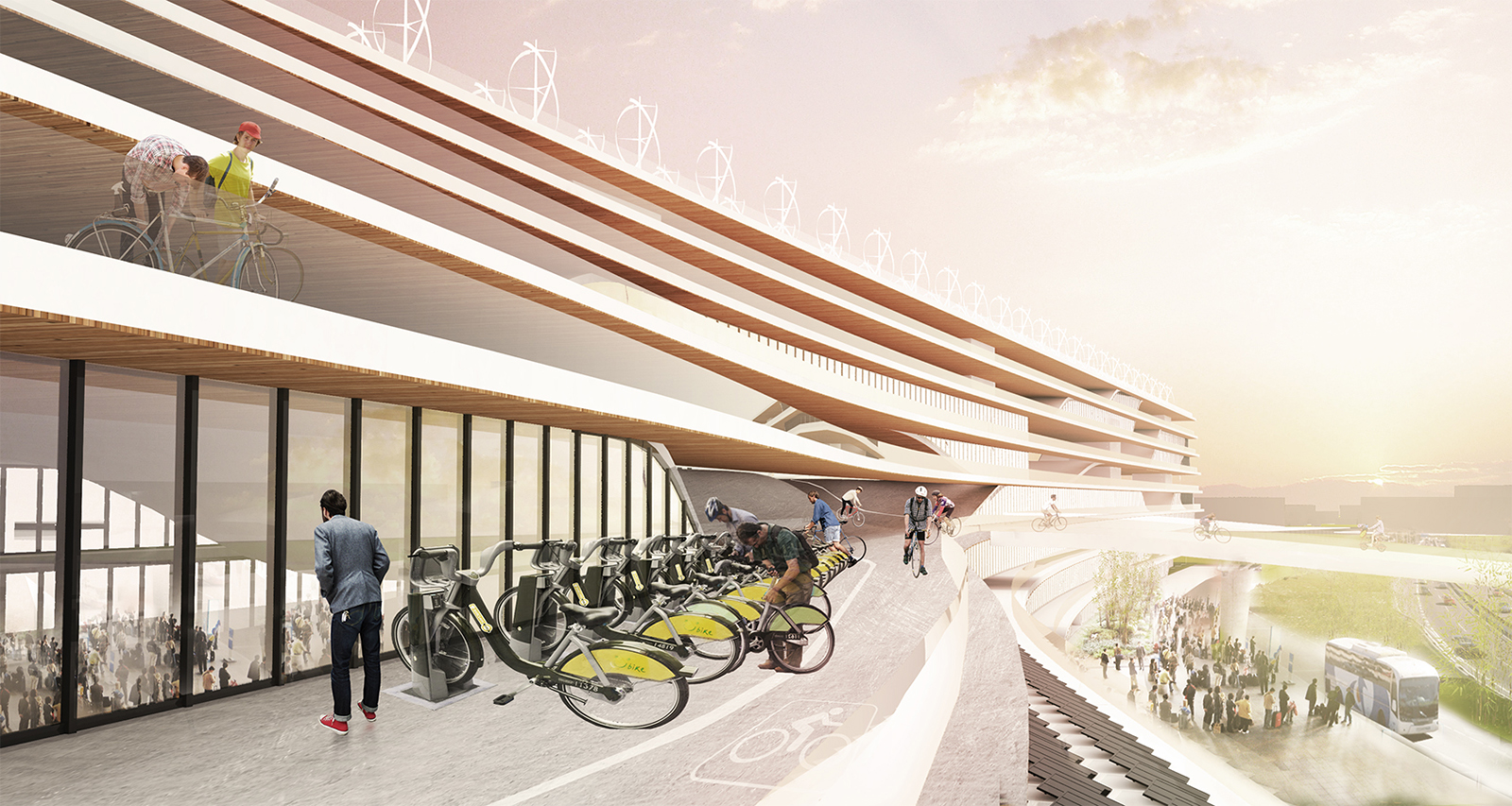 MARITIME BIKE TERMINAL IN KINMEN
In our design we aim at altering the image of what you can expect from a port terminal building proposing a pragmatic hybrid complex where the water transportation system is connected with another strictly locally based way to commute- biking.

International Hub & National Gateway
The designed terminal would be the gate to Taiwan and a crucial element in the mini-three links infrastructure between Taiwan and China. From this point various people would make their way not only by water but also air and land to other destinations. It would function as a truly locally based multifunctional complex, efficiently servicing various types of passengers and Kinmen citizens where land meets see.
Positioned in the border between two countries would be perceived by the newcomers as a distinct symbol of independence and majesty and at the same time mutuality and openness.

Local Approach
The local aspect in architectural projects is mainly inserted as an add-on, in the form of local patches and facade features to achieve a more contextual outlook.
In our proposal we want it to be embedded in a bottom-up approach reaching the very core of the design, focusing on enhancing the main project feature- sea transportation service quality.In order to achieve that the newly formed network would be integrated with a strictly domestic means of transport which has its roots deep down in the regional economy.
Bike routes which already cover the whole island together with a parking and U-city bike-rental system positioned inside the service terminal, would supplement the passenger circulation.This would not only improve the ability to experience the unique charm and climate of Kinmen as a harbor city and from close see the different character of the ambient of each part of this an other islands in the proximity but it could create a public oriented facility.

Iconic Maritime Outlook
The building would make use of the whole 520 m wide plot without creating a closed wall. The programme would be spread on vertically arranged various decks acting as view terraces celebrating the idea of “welcome” and “farewell” ceremonial on a waterfront of a ship terminal.
The public spread on the same level as the ship would create a dialogue between the two, providing an interaction between the local people and visitors making views onto the architecture and landscaping equally important from the waters and from the port.
The facade would not be a continuous wall but a porous structure with views towards the ocean from major streets and axes on land.
Waterfront aesthetics would be strengthen by applying fluid modifications on the buildings surfaces.This would give the harbor city a fresh look and create a new image for Kinmen.

Low-Carbon Strategy For Kinmen
Next to promoting biking as one of the most important and by far most ecological means of transport on the island the design faces other upcoming changes.In recent years Kinmen Island has transformed from a front-line military base to a tourist-oriented spot. Due to the recent opening of relations between Taiwan and China, there has been a large influx of tourists into Kinmen Island. This relates with a fast increase of population which results in a bigger amount of carbon emissions and energy demand.
Low-carbon electricity power supply could be provided through renewable energy sources. By modifying the building volume and applying energy PV panels and turbines positioned on the rooftop and in the bottom of the building energy sources such as solar energy, wind energy and tidal power could be harvested.Additionally in order to create a truly independent network, water resources can not depend solely on the pipeline, built to carry water from the Shanmei Reservoir in Jinjiang.It could be provided to the harbour through a desalination plant and rainwater collecting tanks positioned on the top of the passenger service building which could act as a mass damper in case of an earthquake.
Together with the proposed biking system with its center inside the passenger service building and other local resources such as the kaoliang (sorghum) liquor, this could be a model sustainable network design.