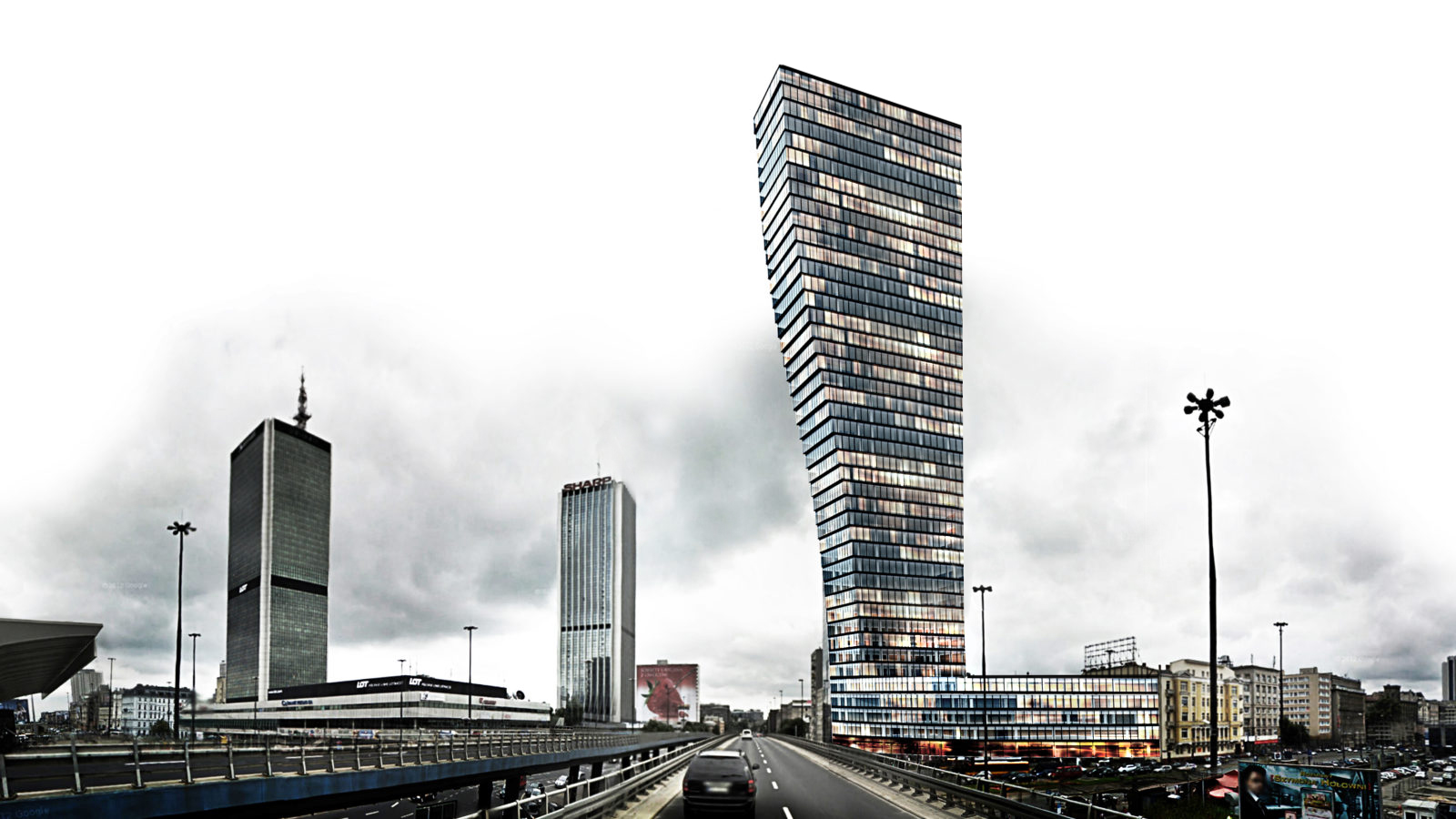 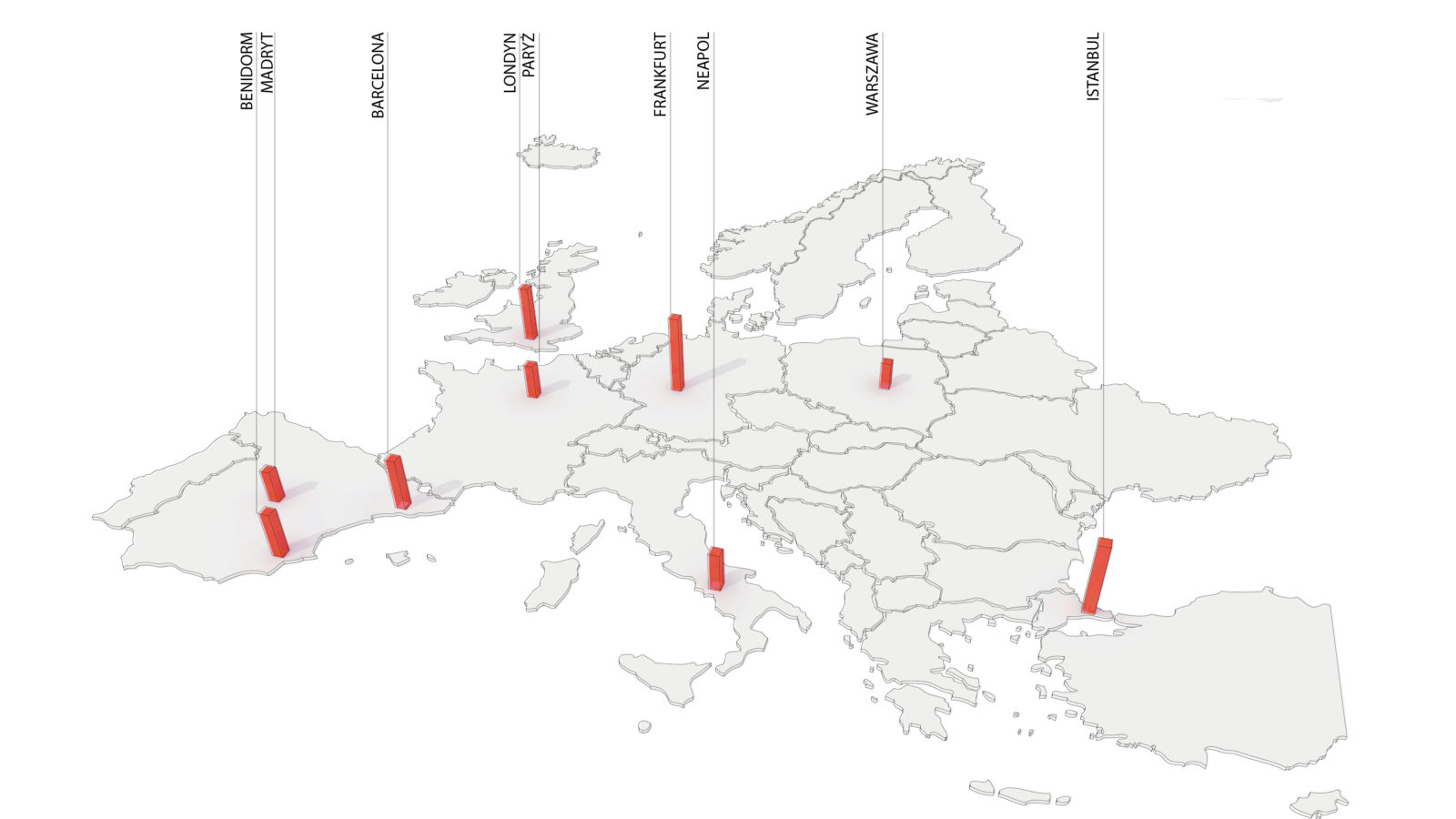 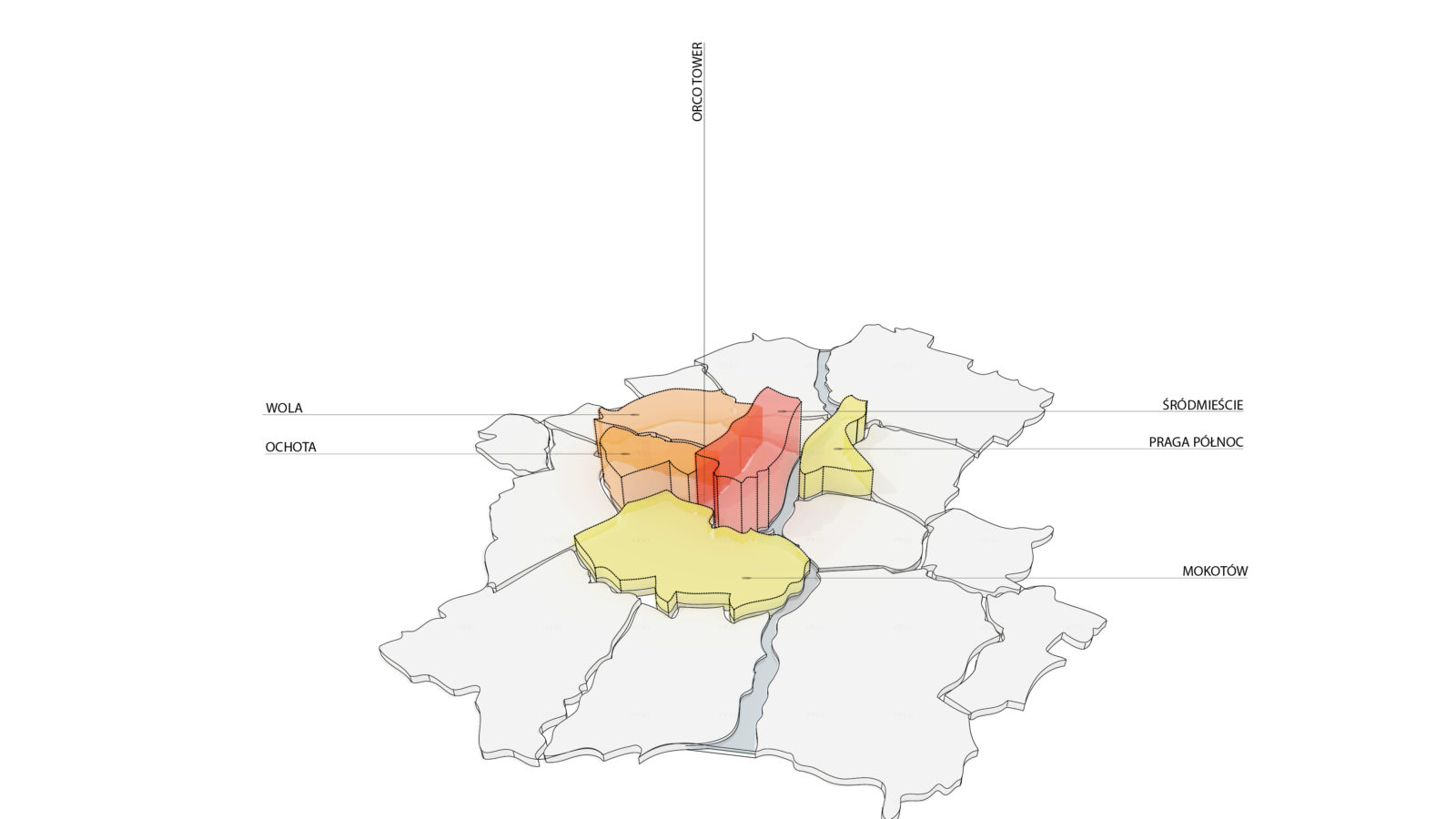 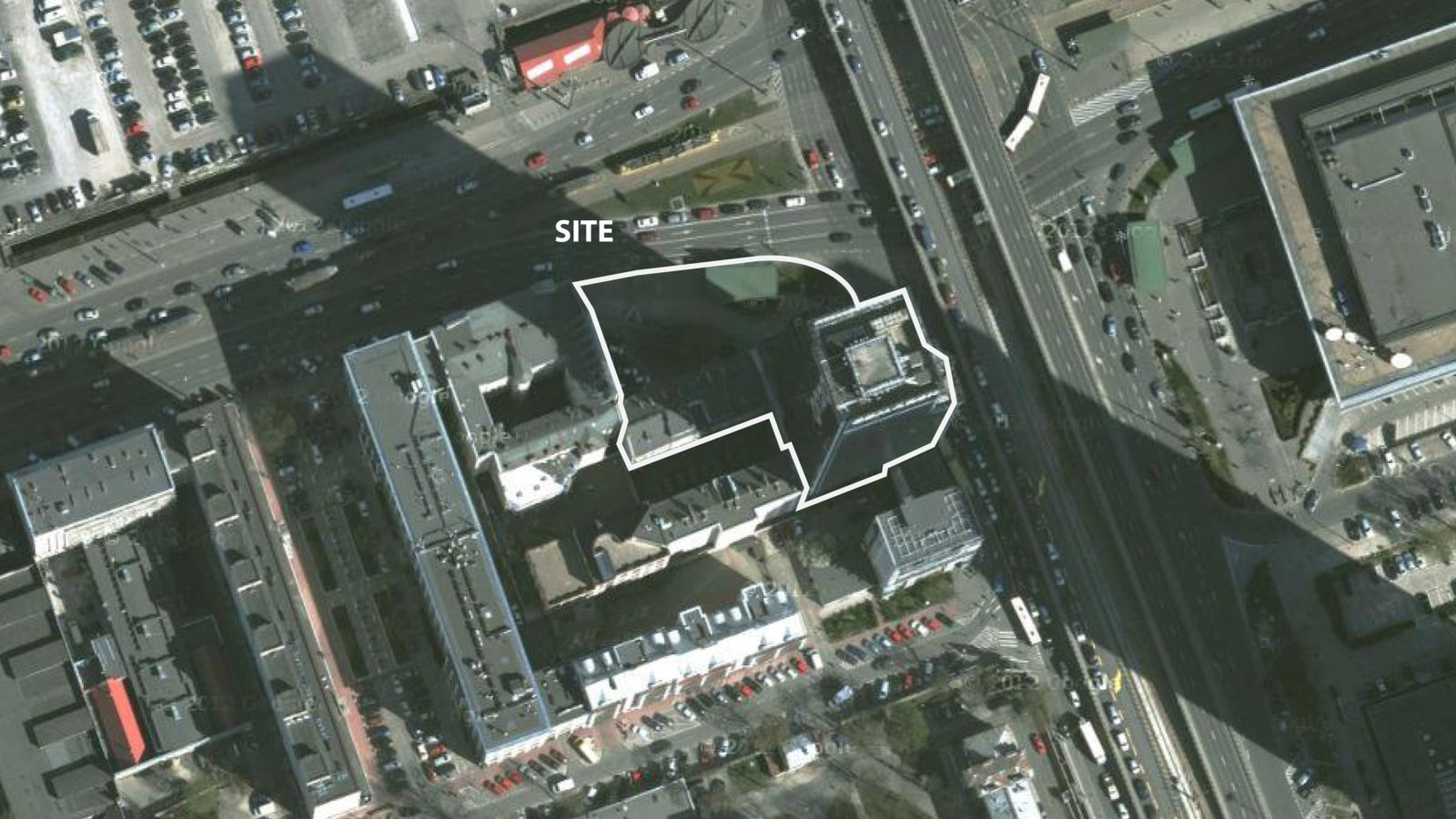 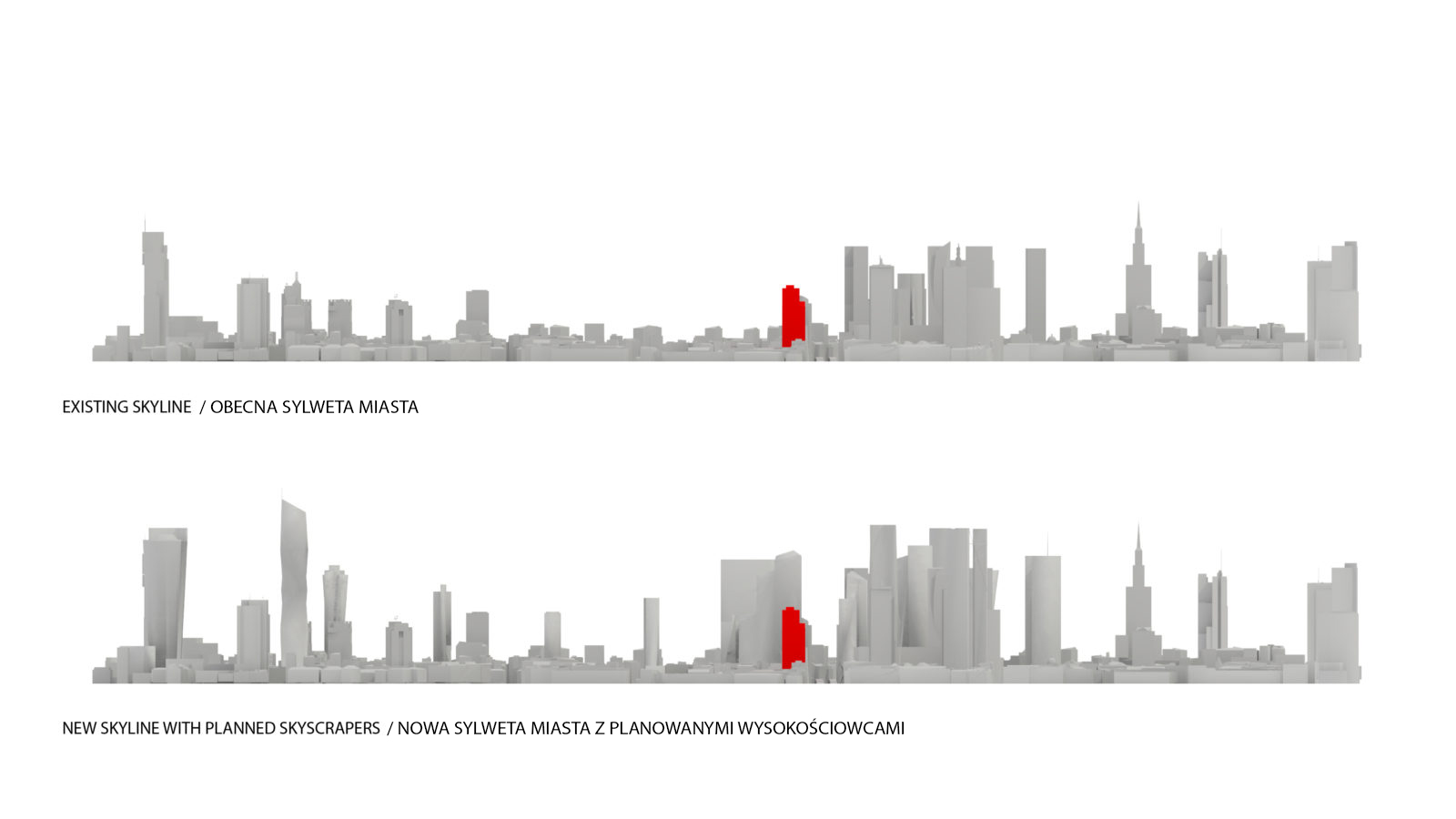 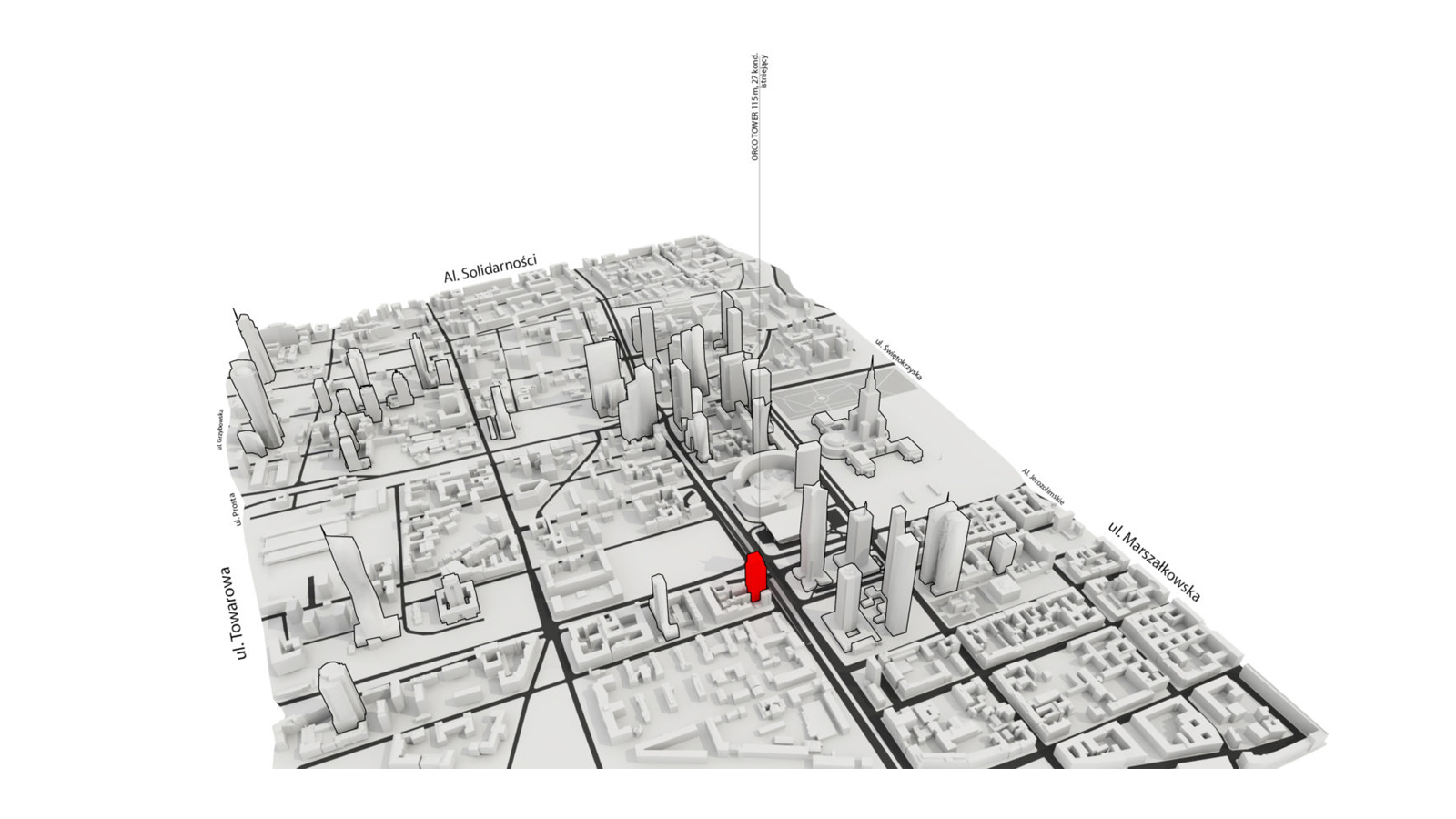 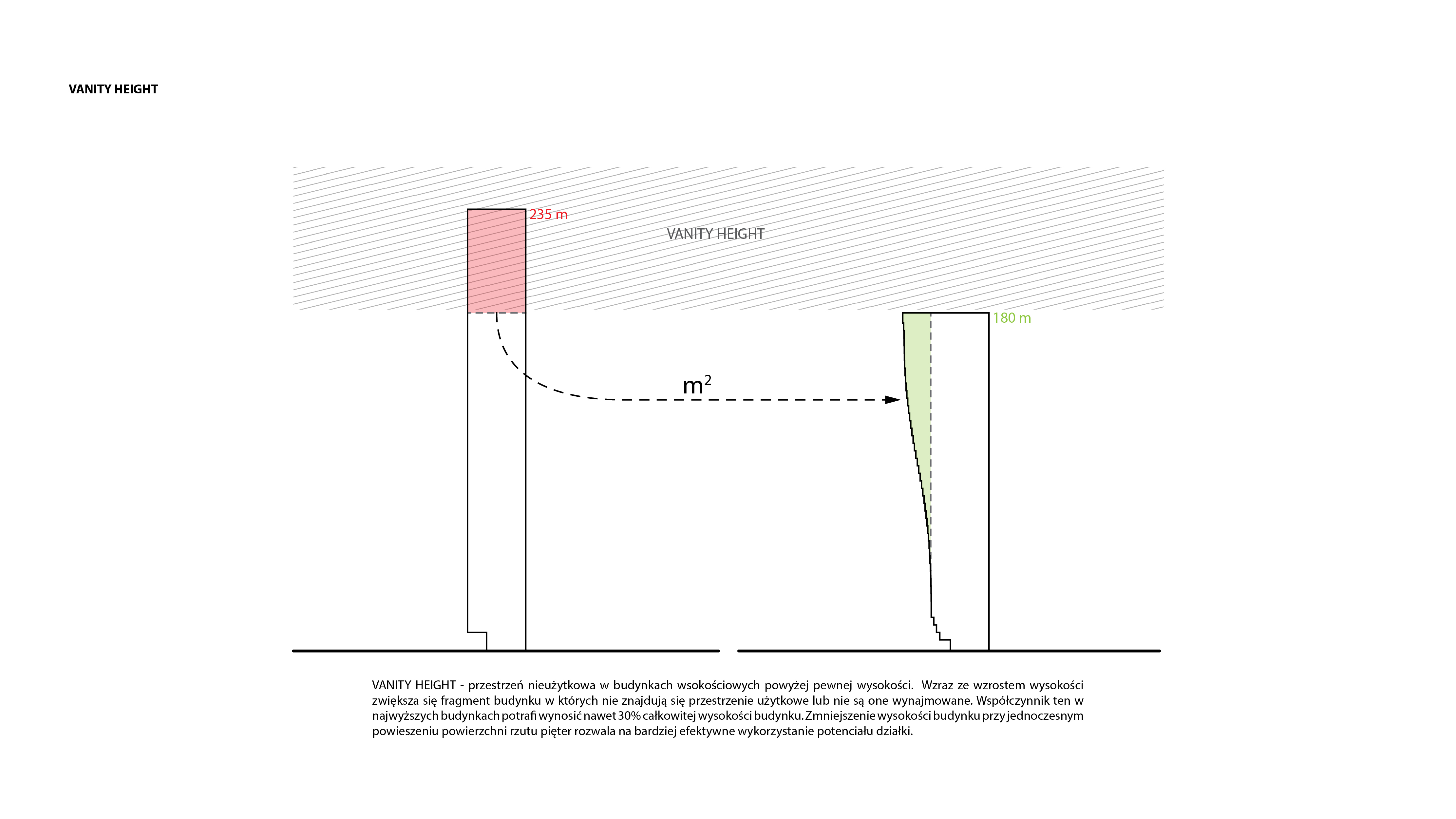 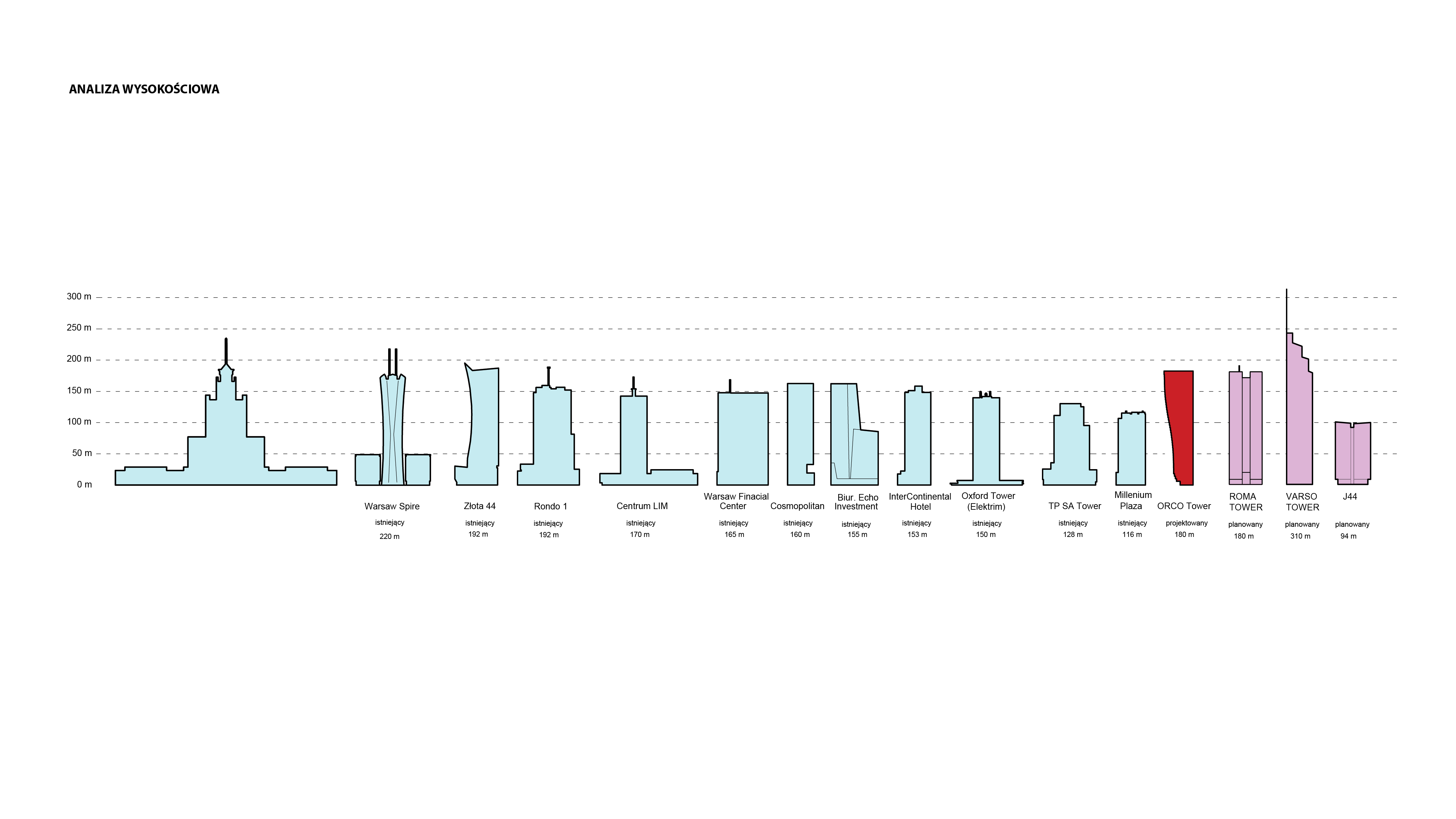 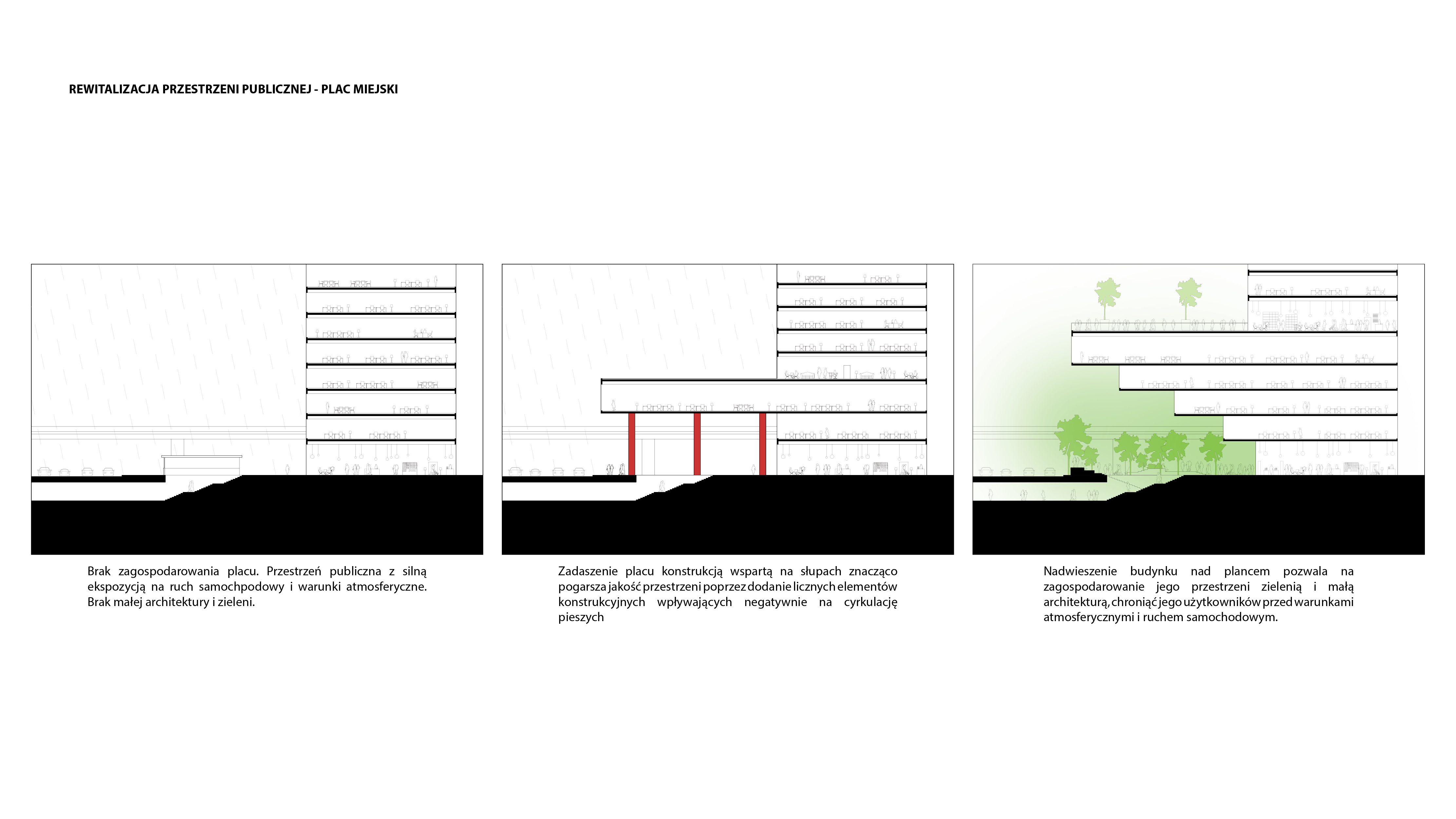 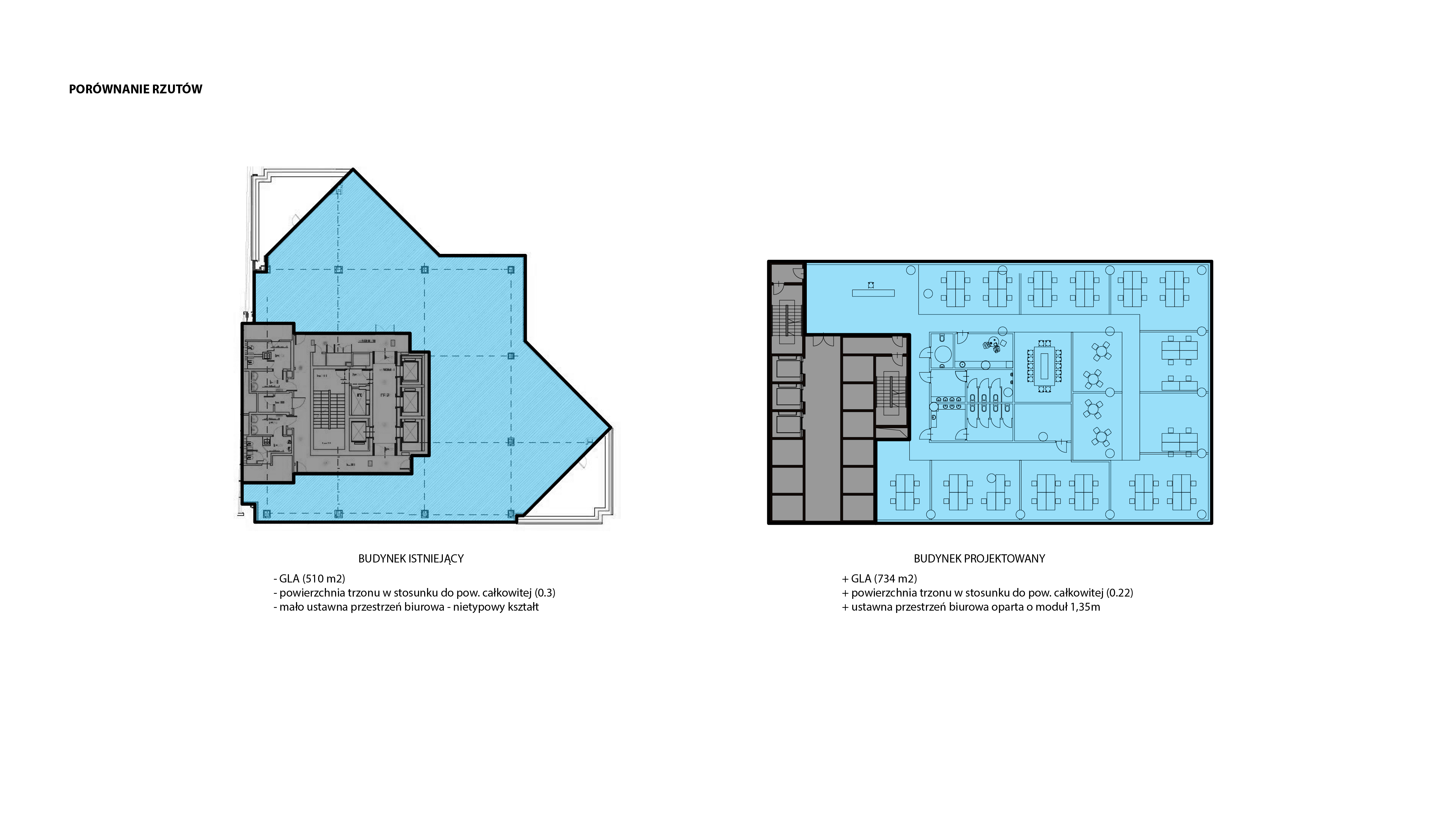 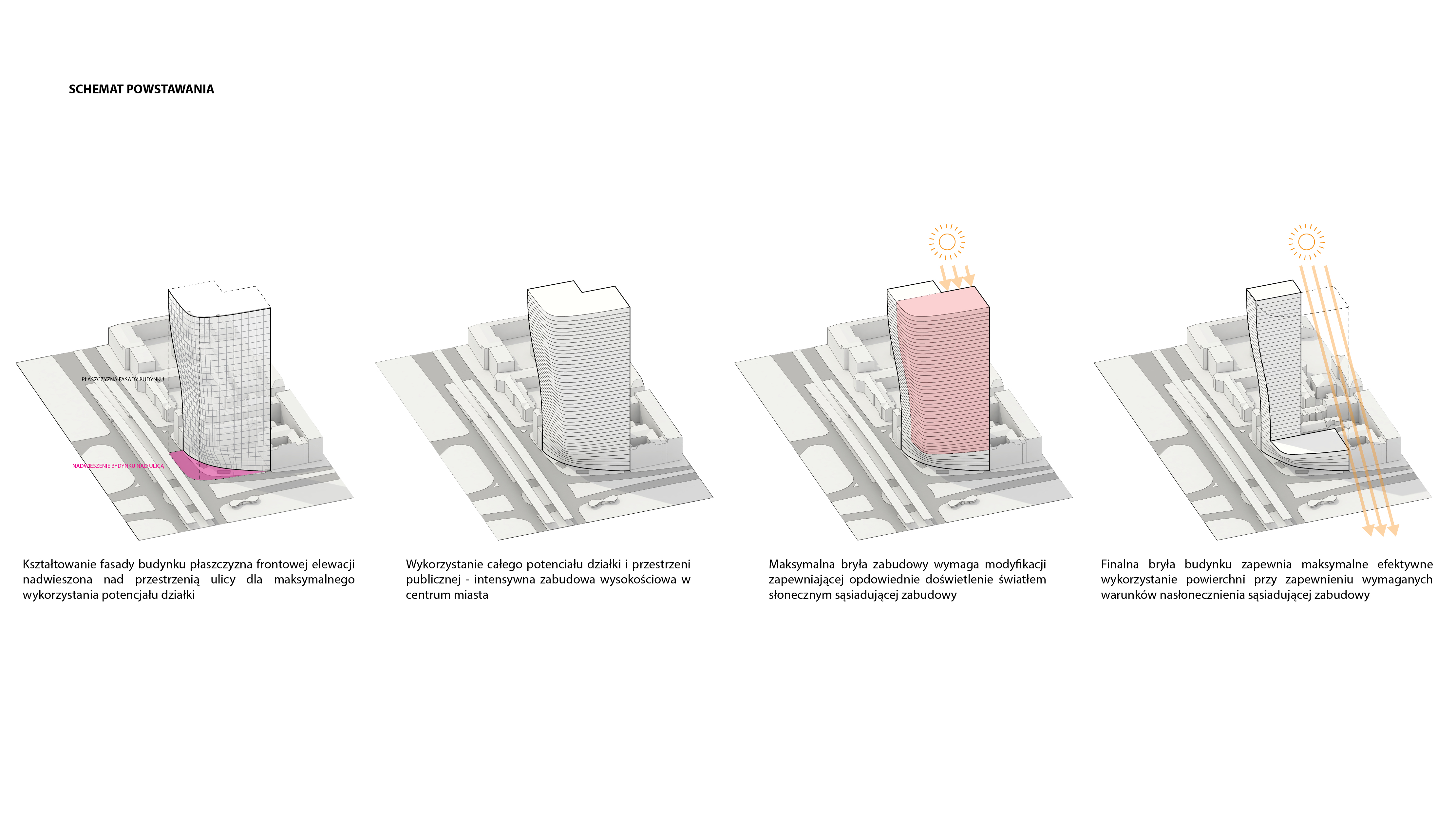 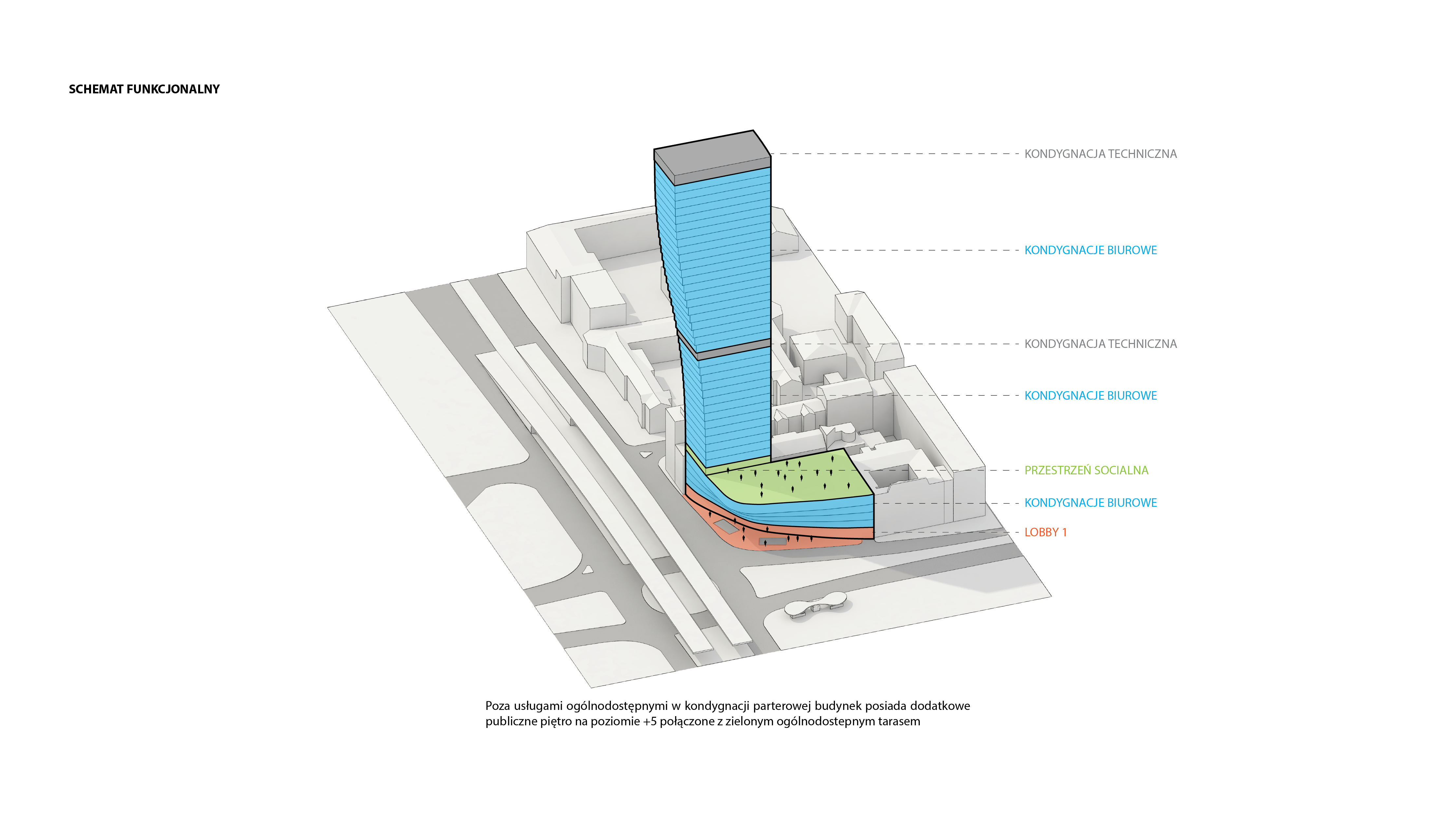 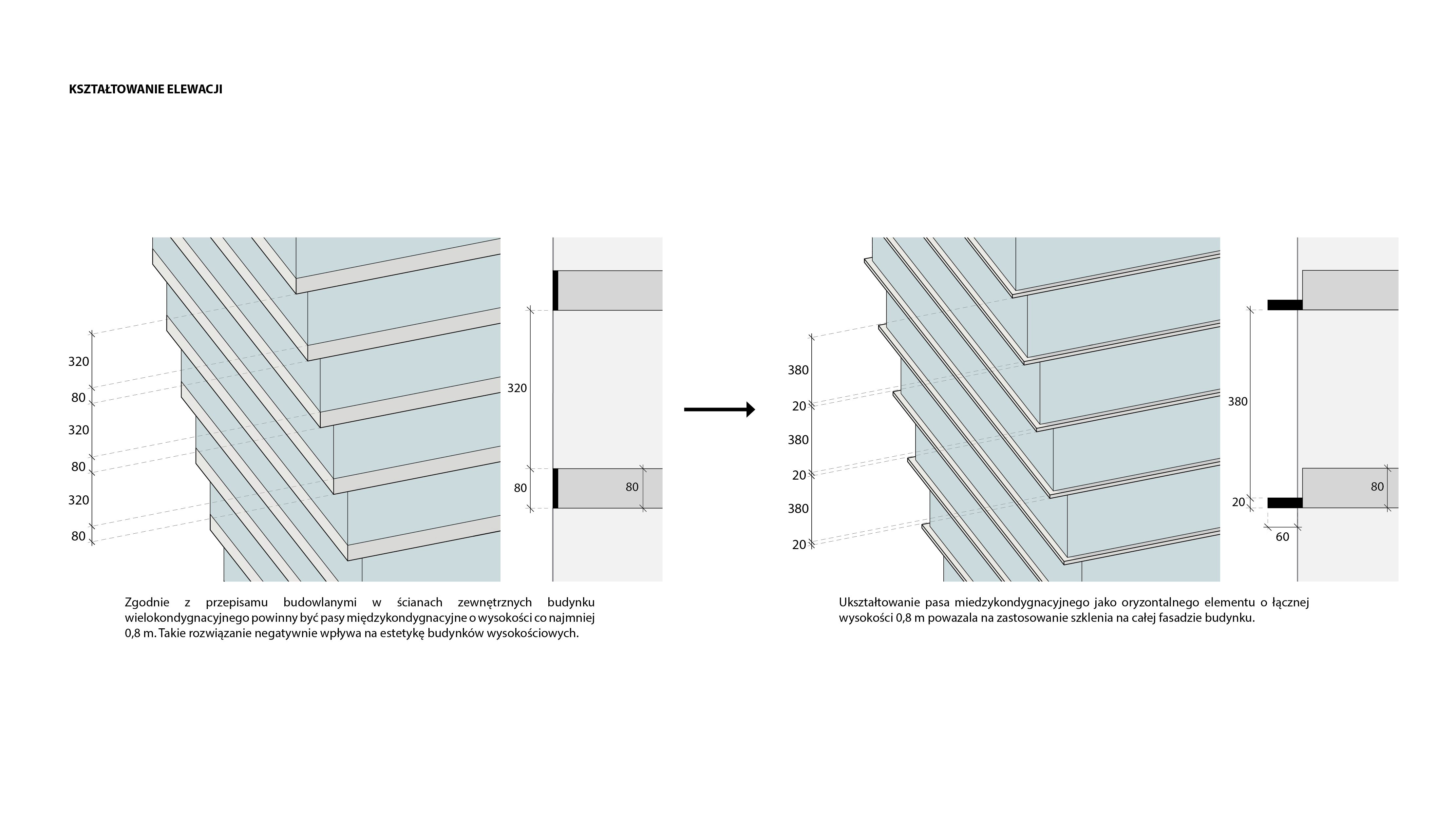 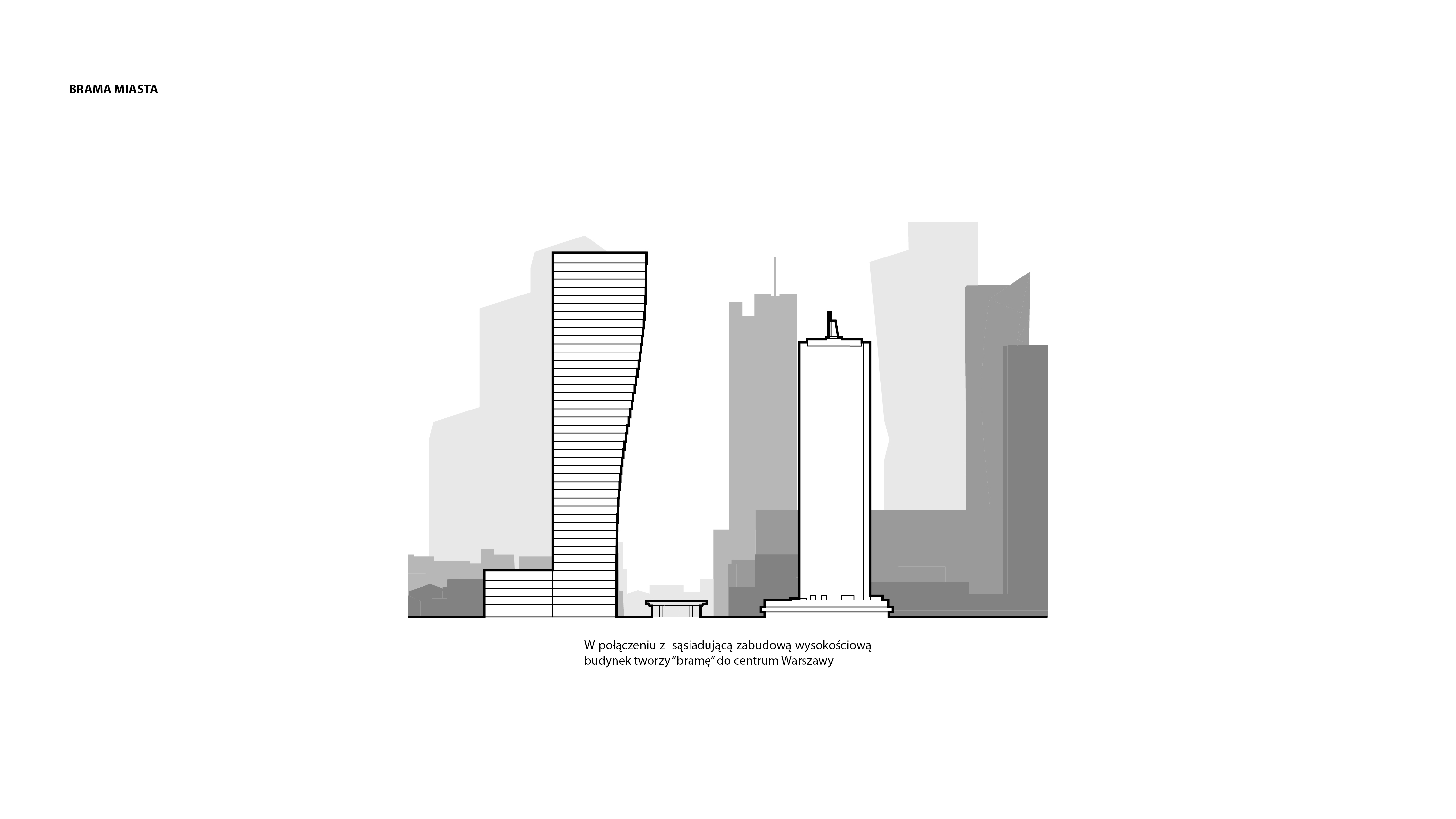 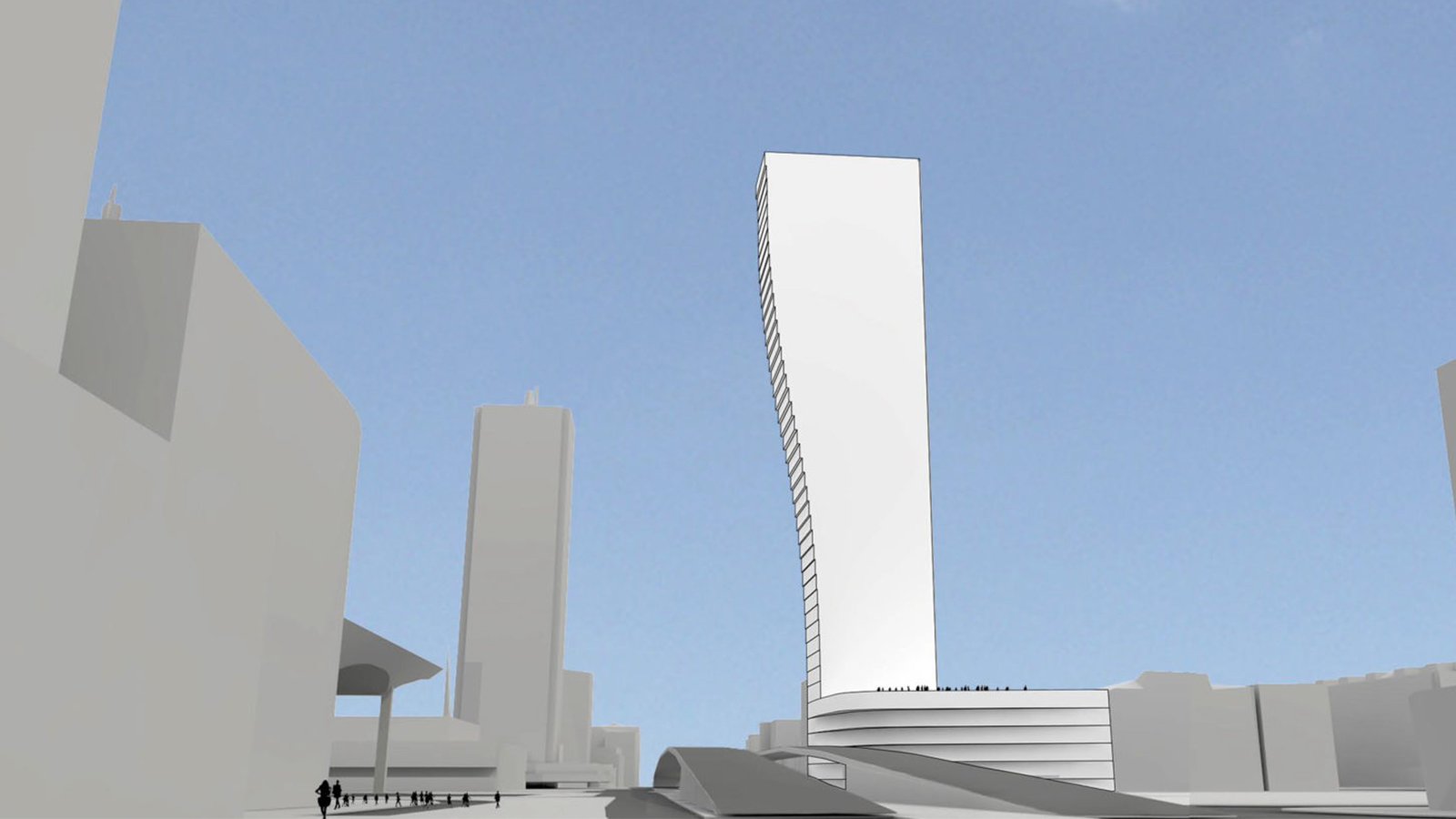 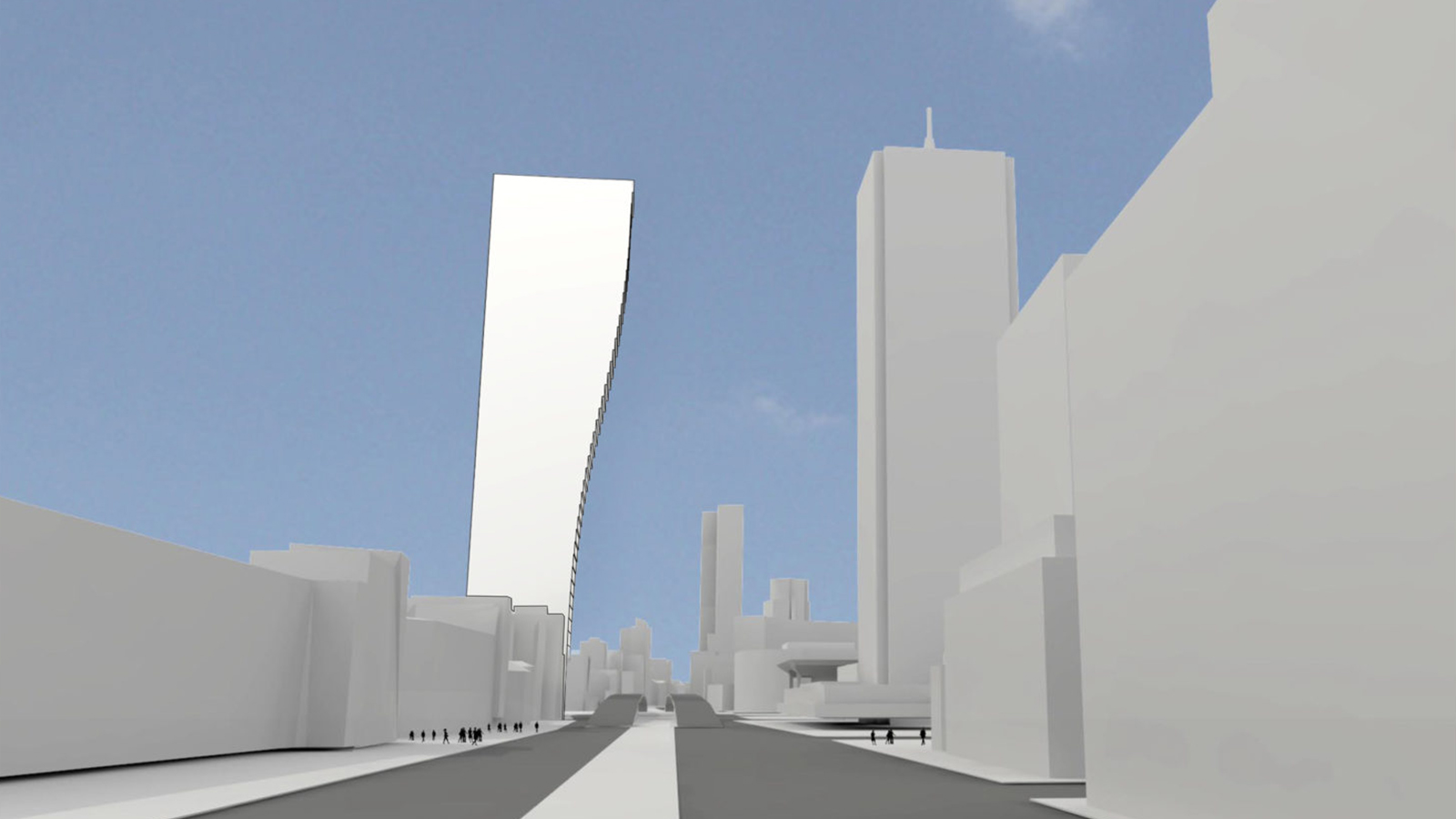 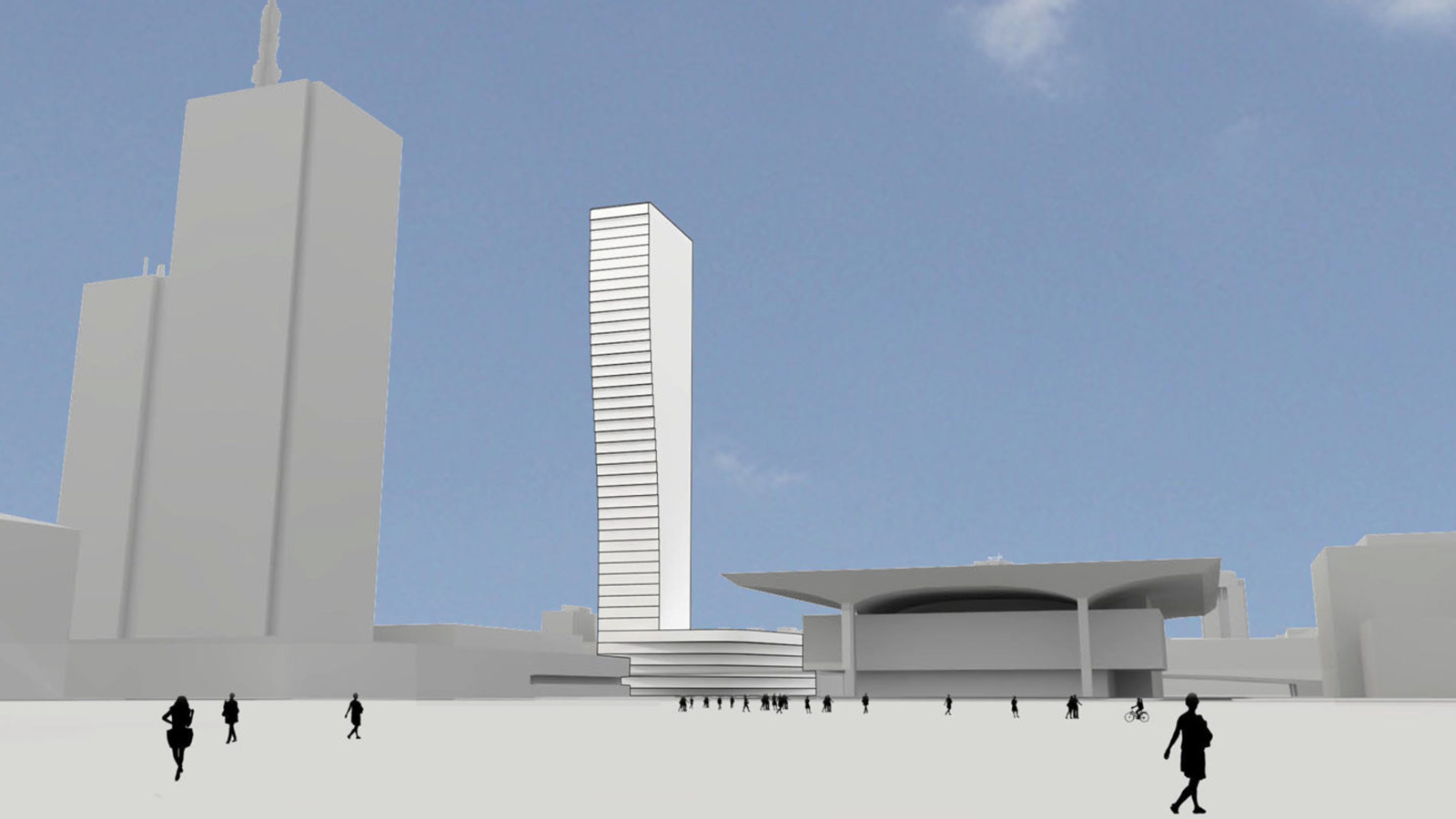 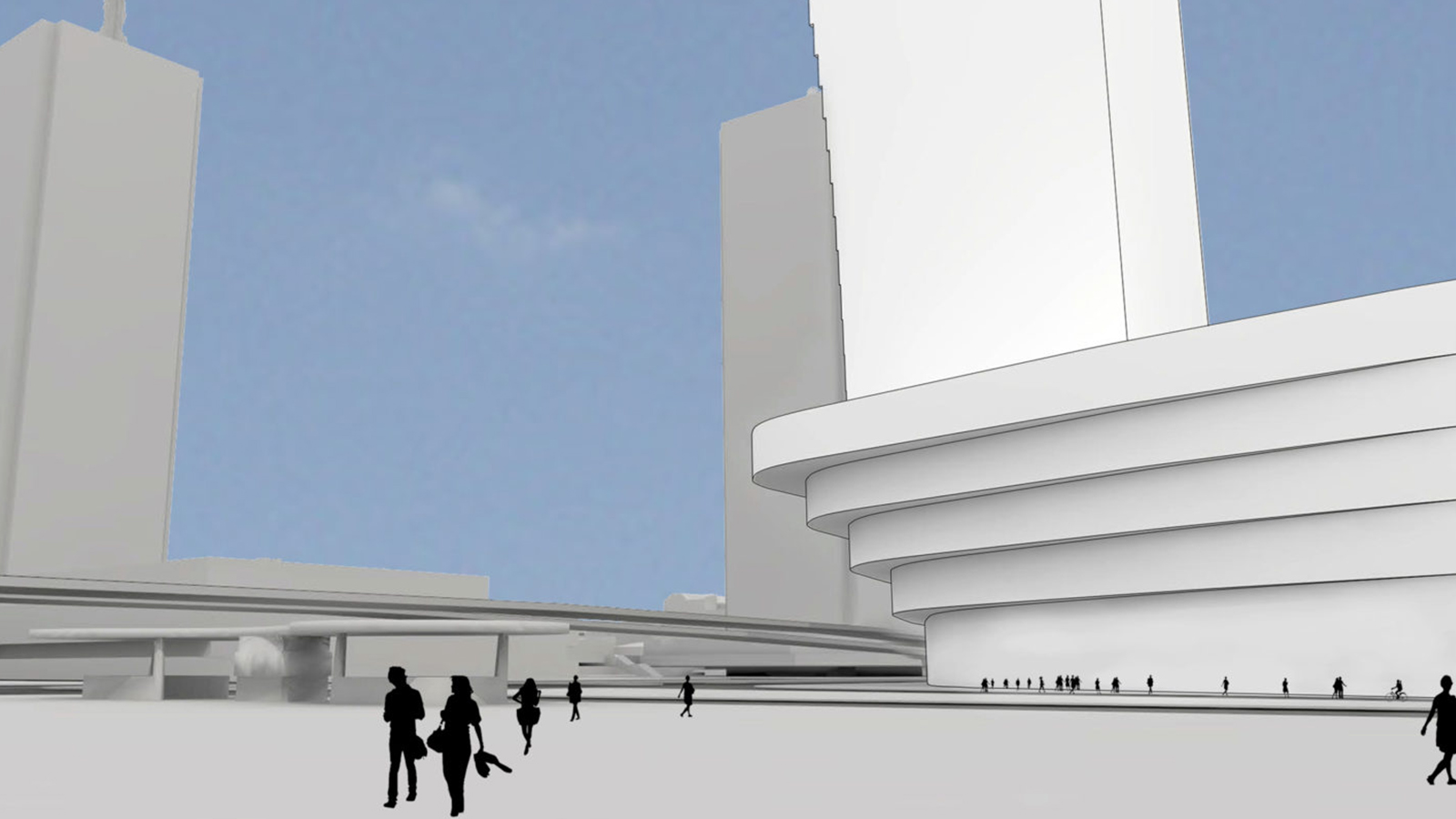 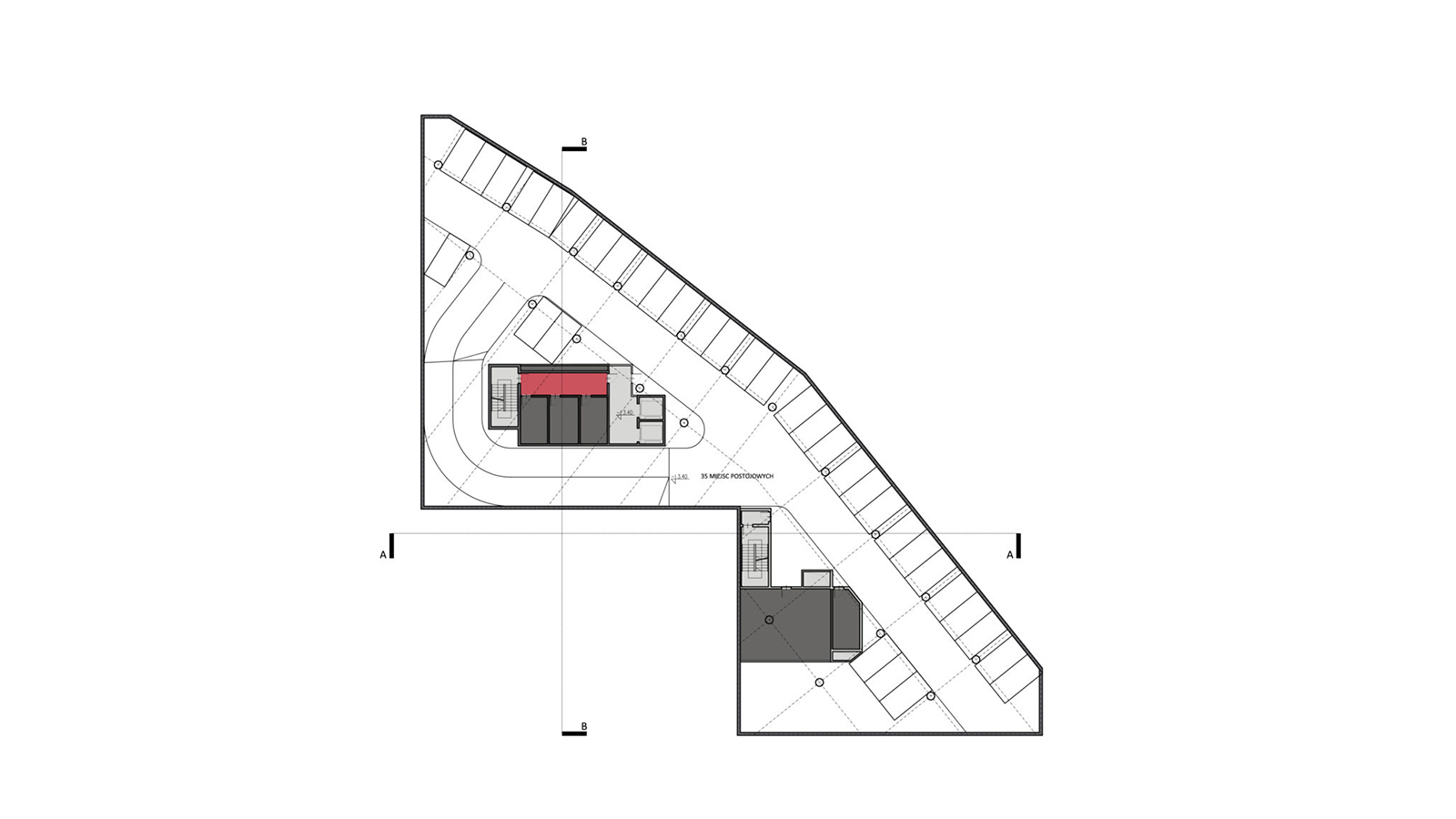 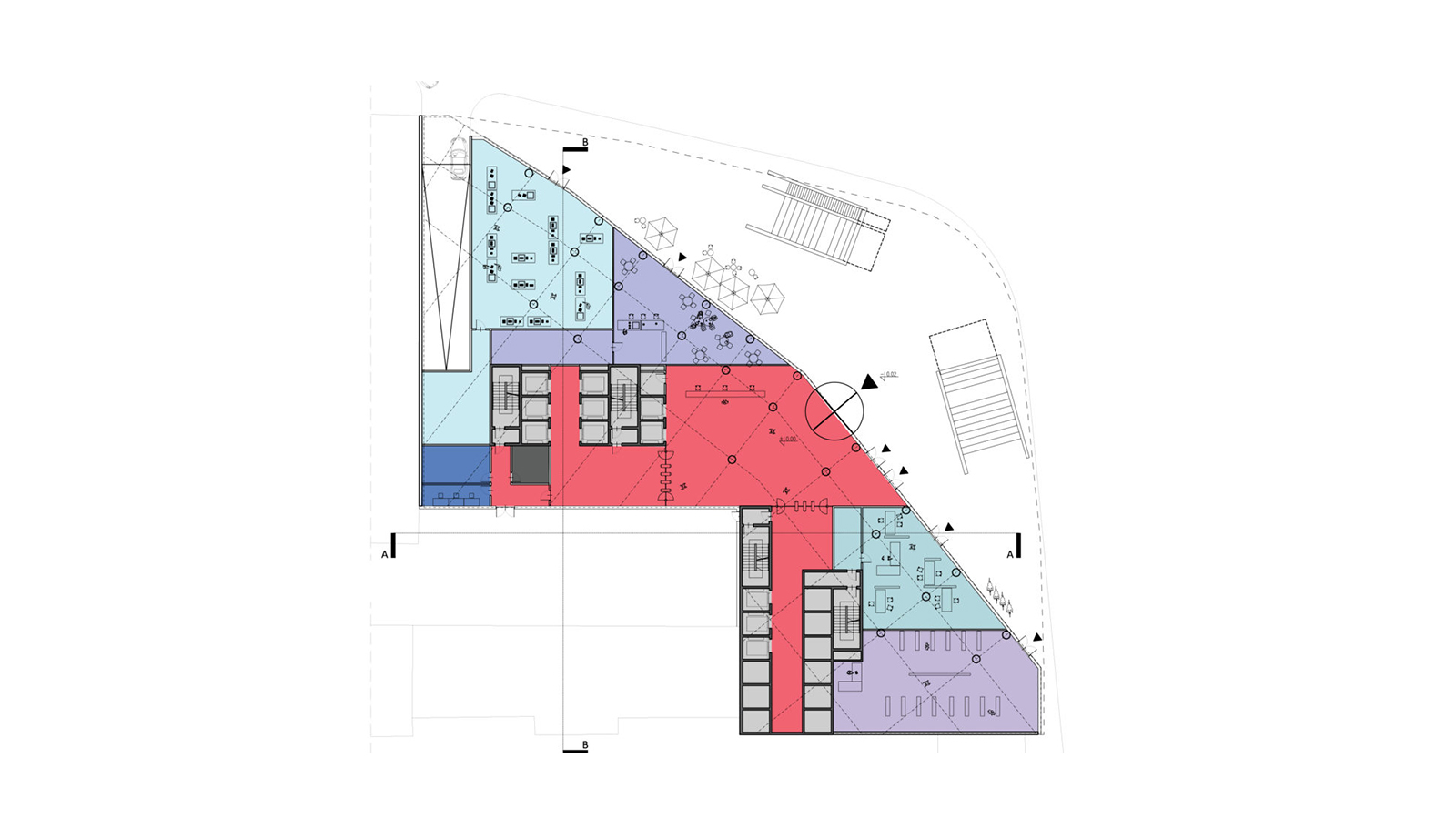 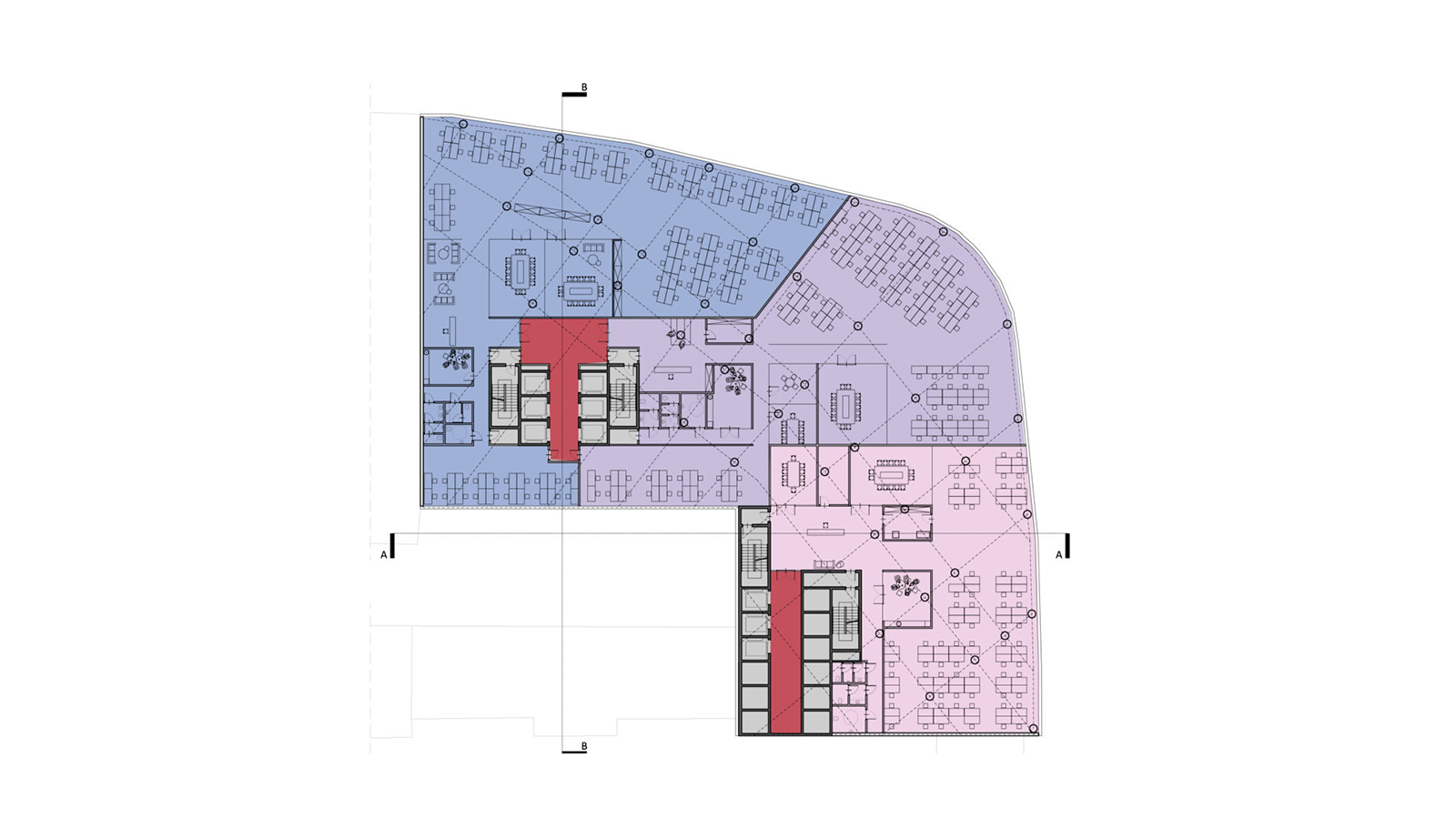 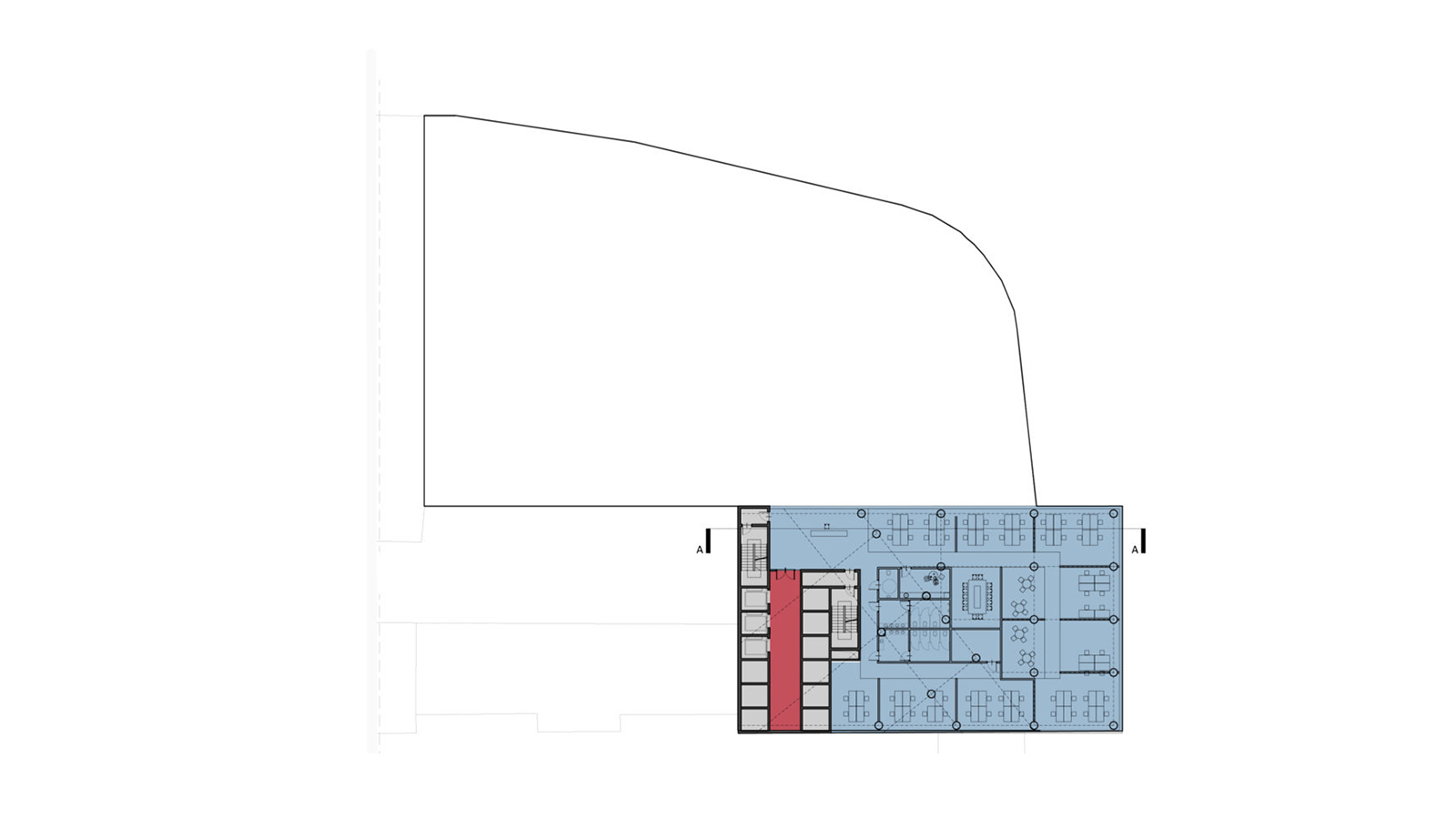 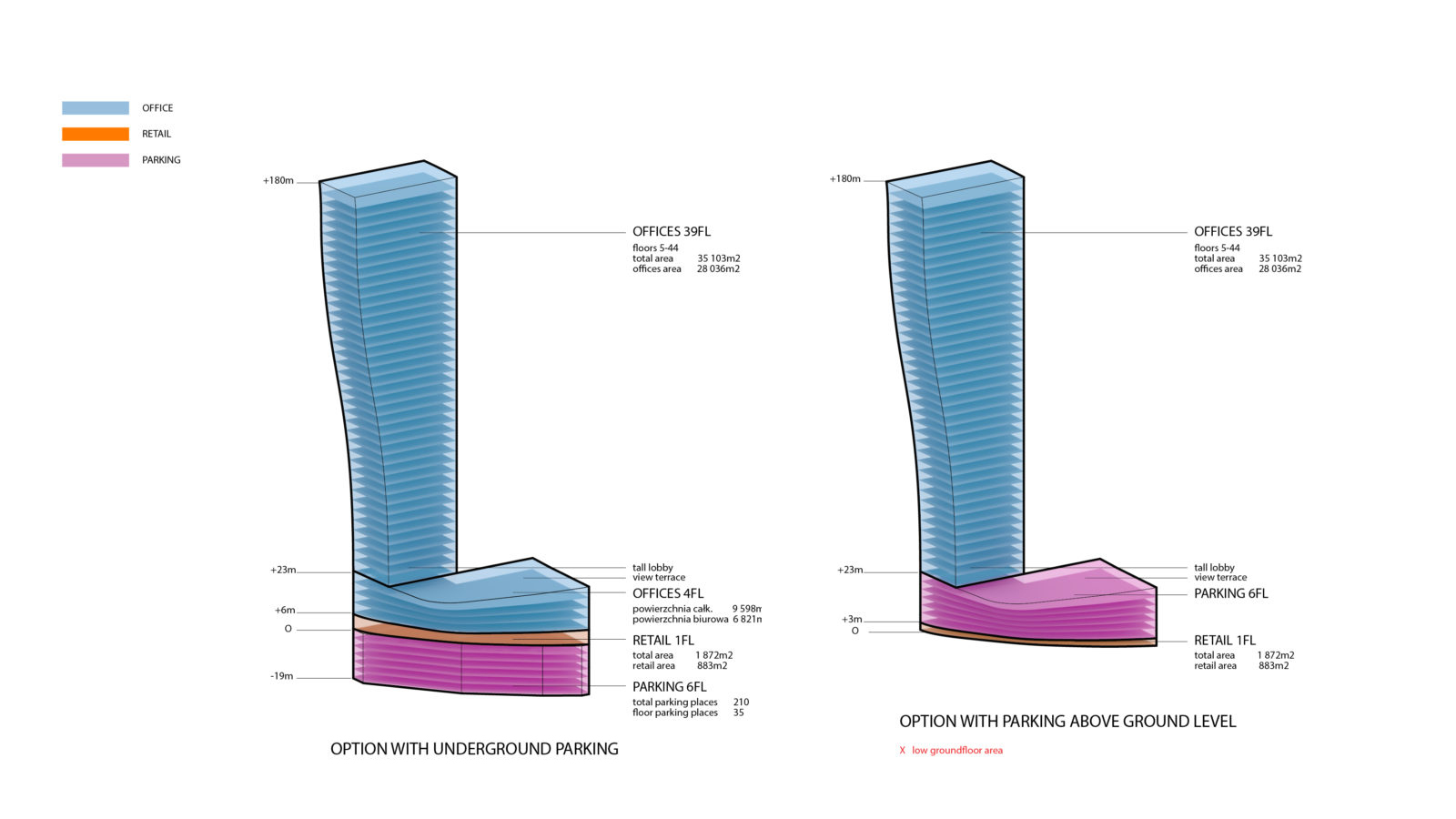 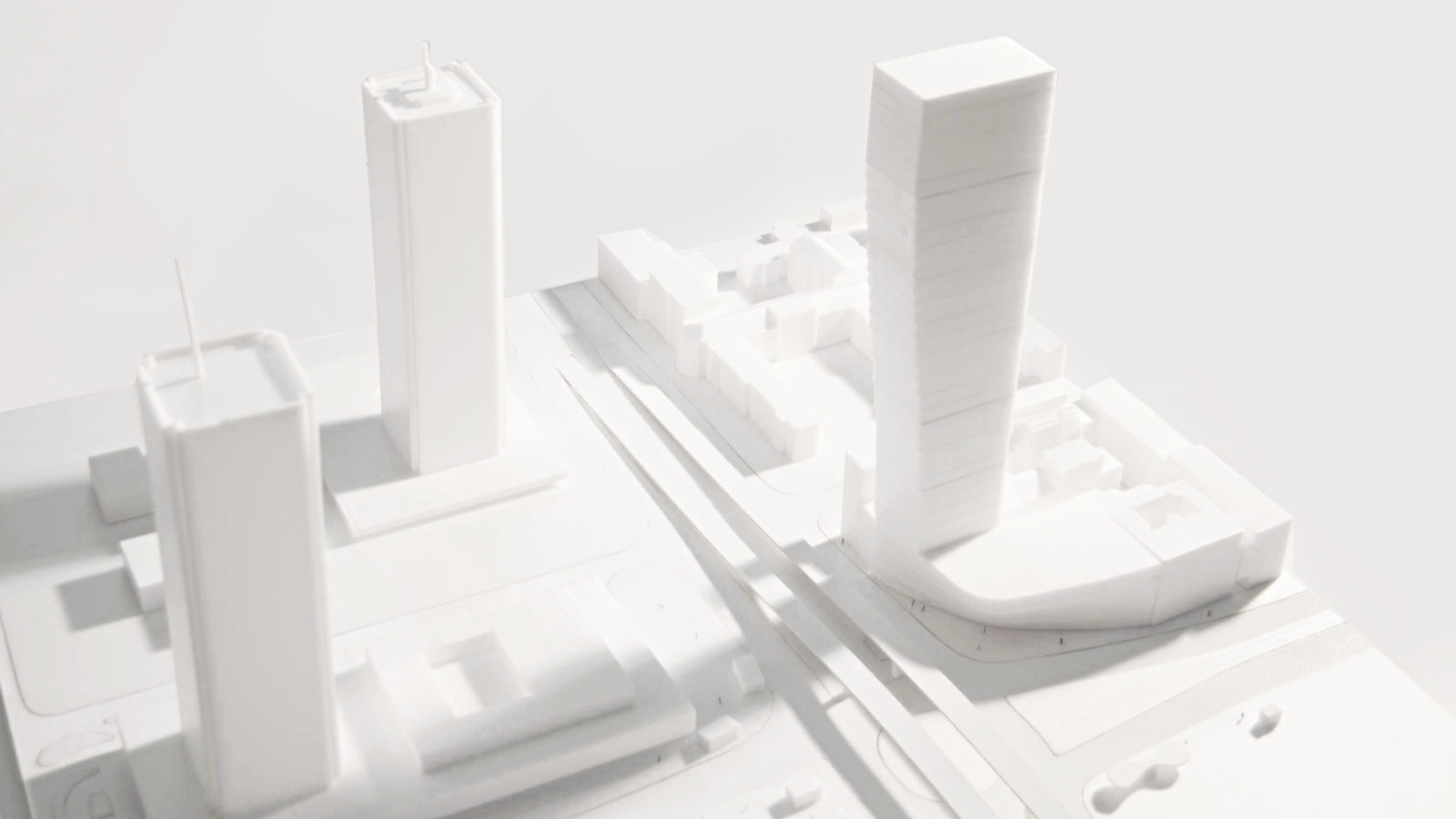 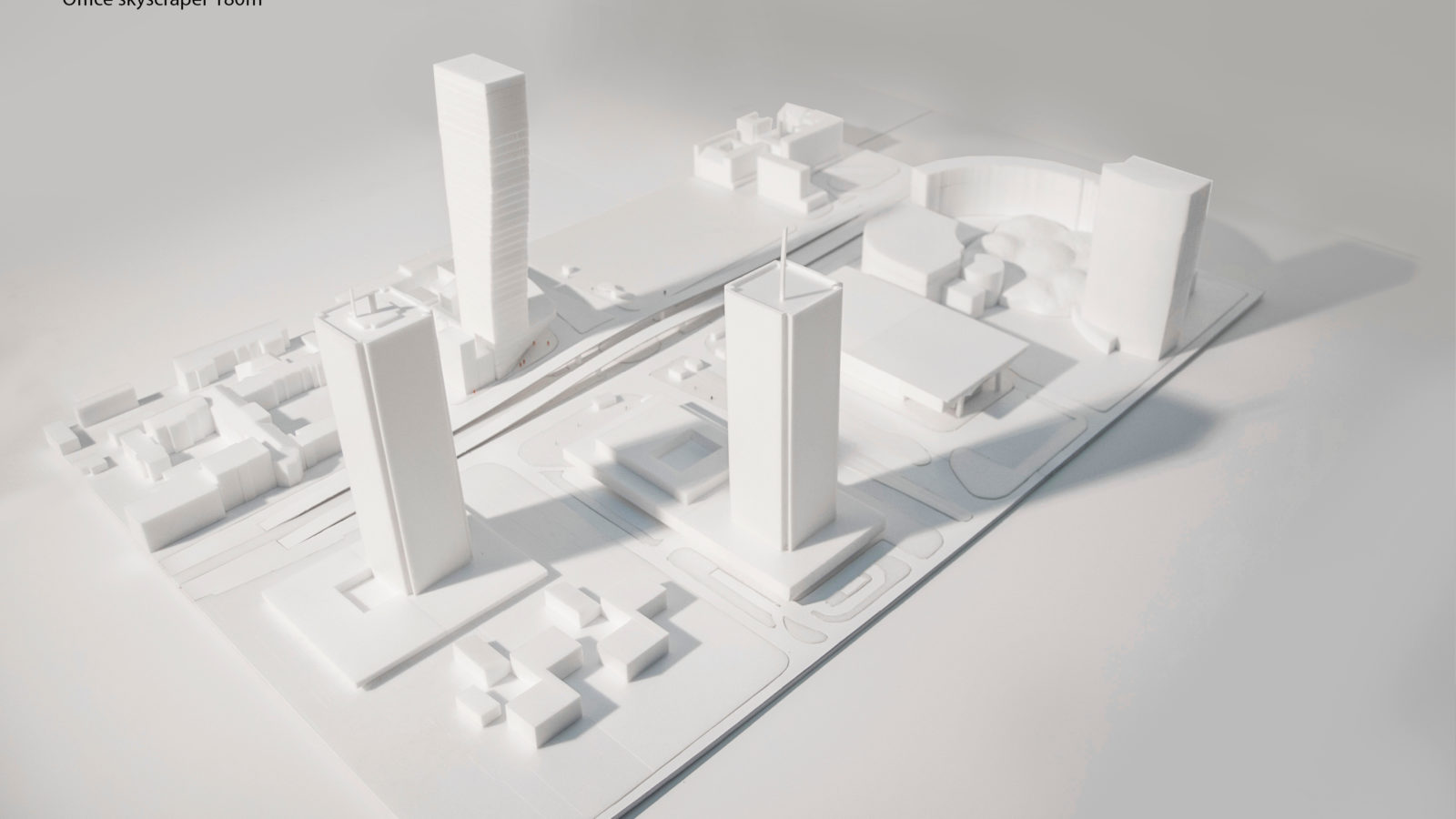 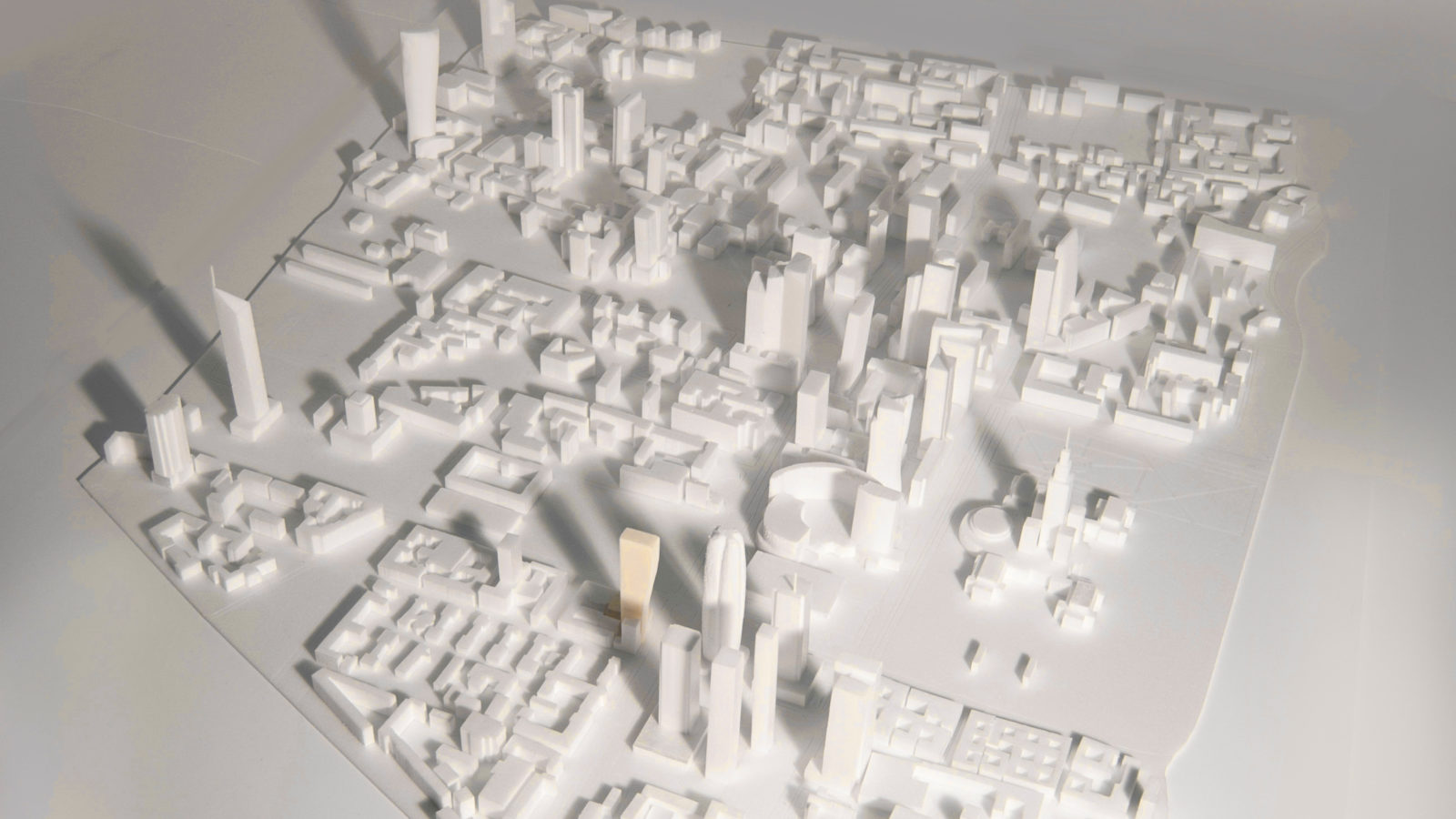 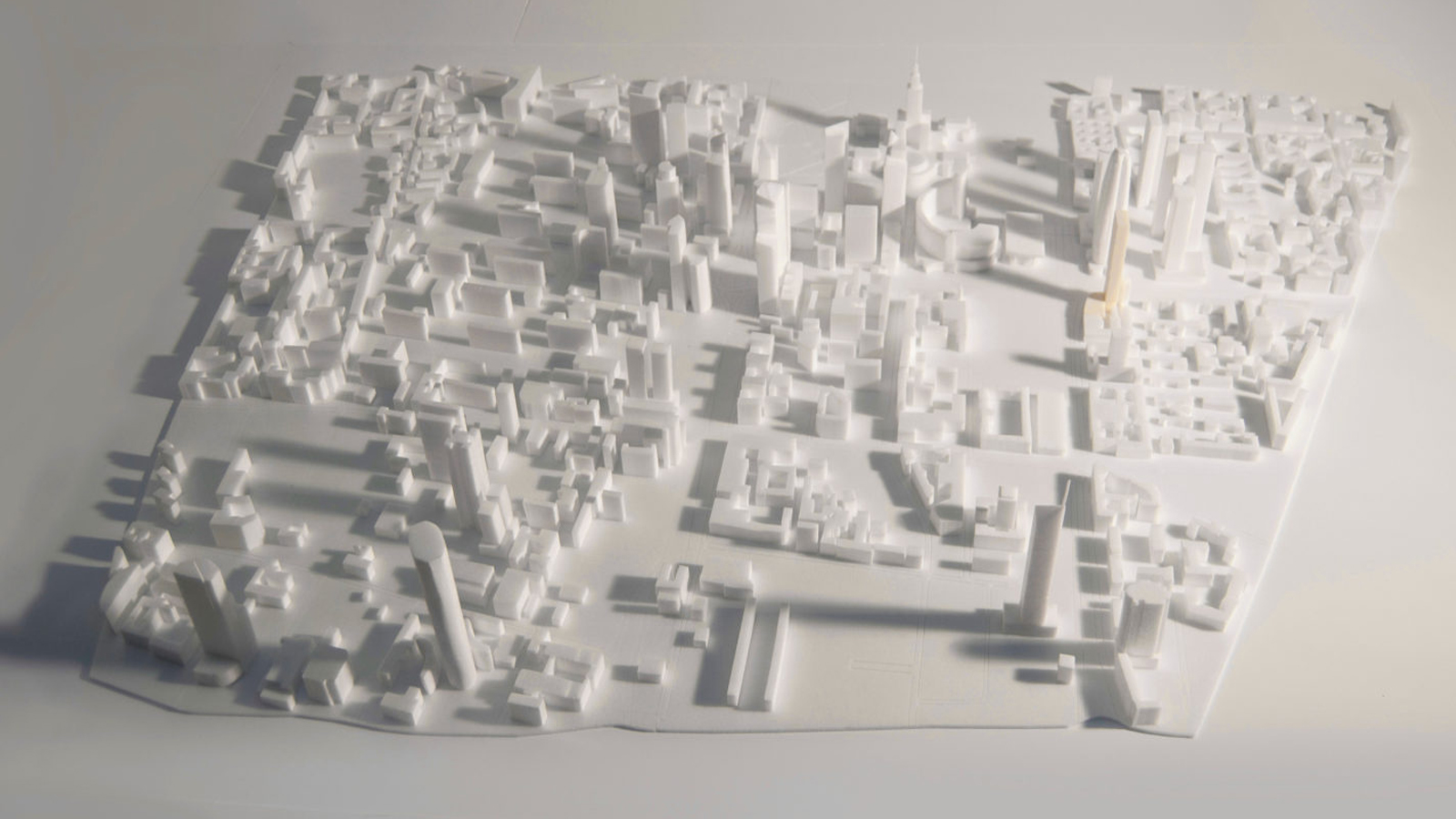 A Highriser concept that proves that a more social conscious design can be more efficient and even profitable rather then just a concept aiming for tallest building which generates the so called "vanity heights". Areas which are not easily commercialised and rented on the last floors of skyscrapers built all over the World. In this proposal the much needed program placed but rather in other special places. They become overhangs over a highway in the city center or a roof for a new city square.