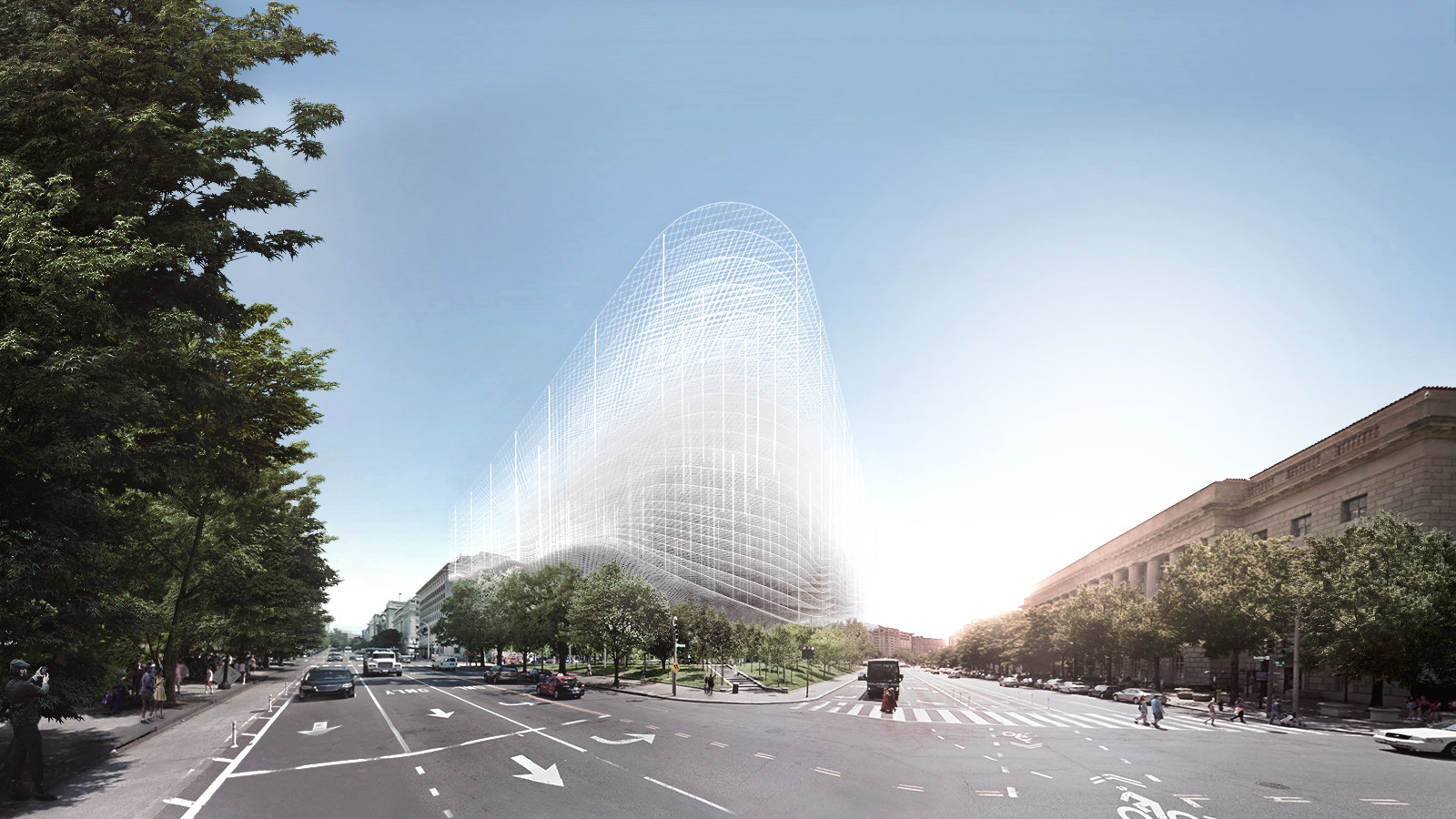 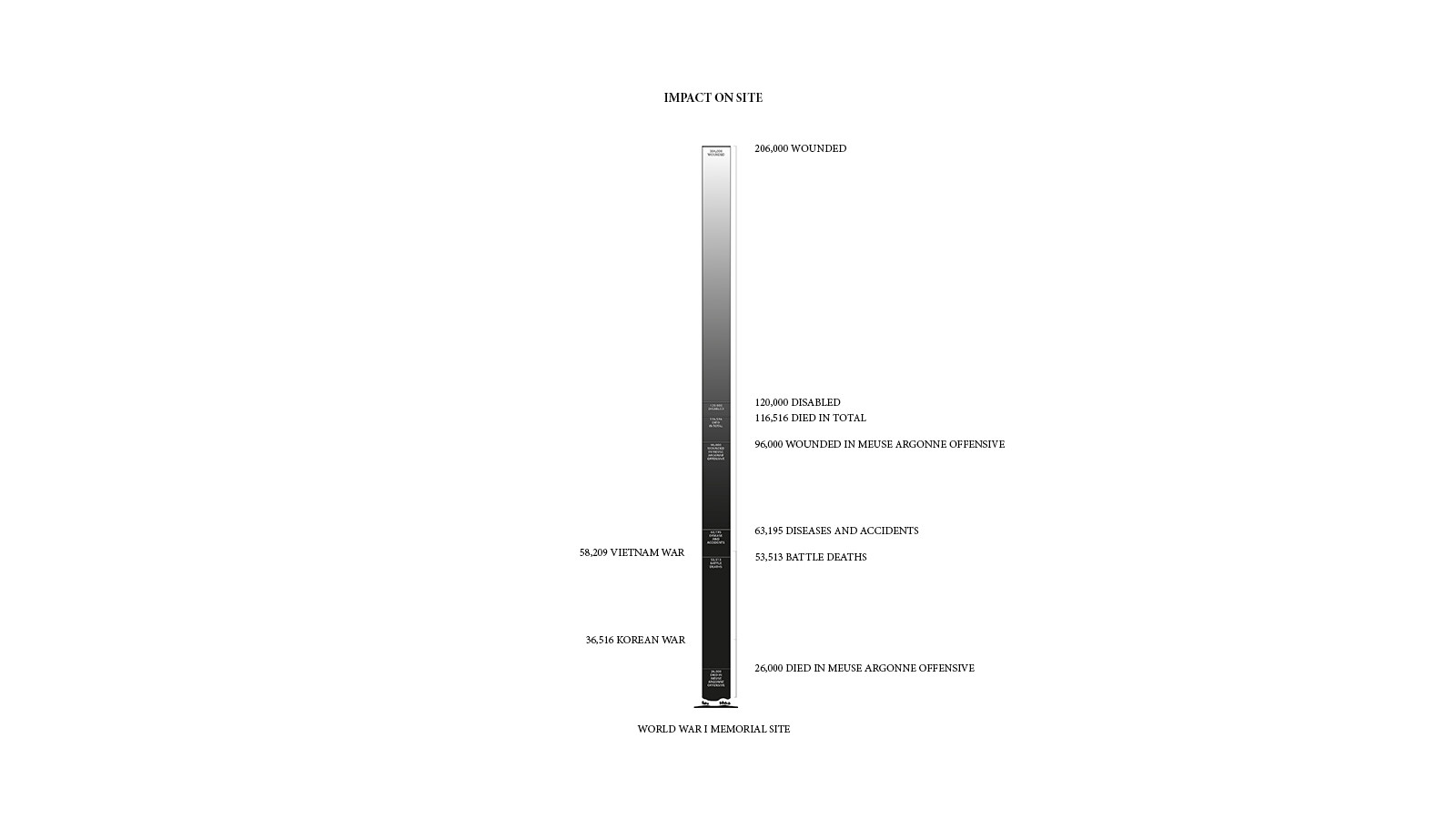 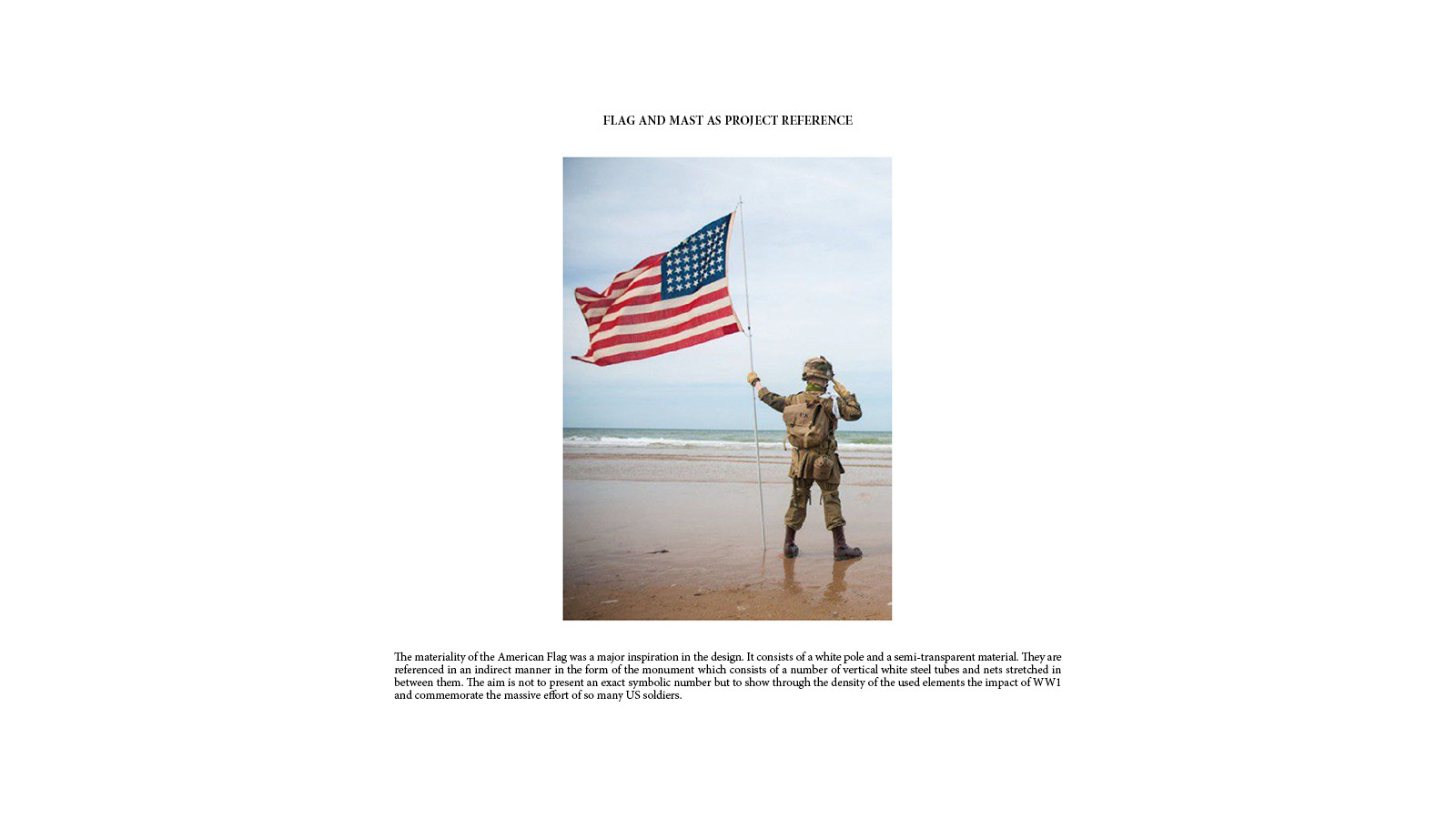 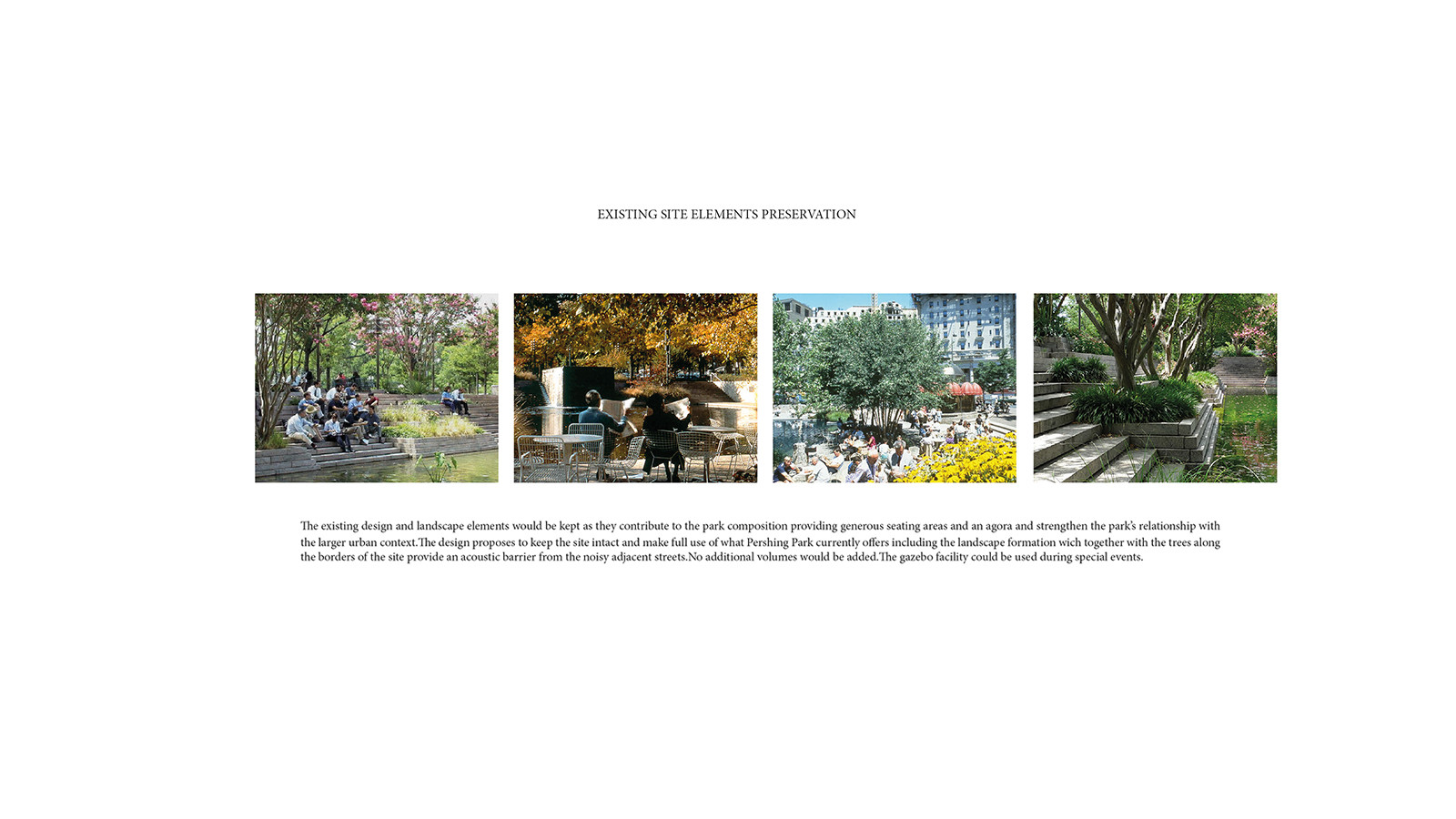 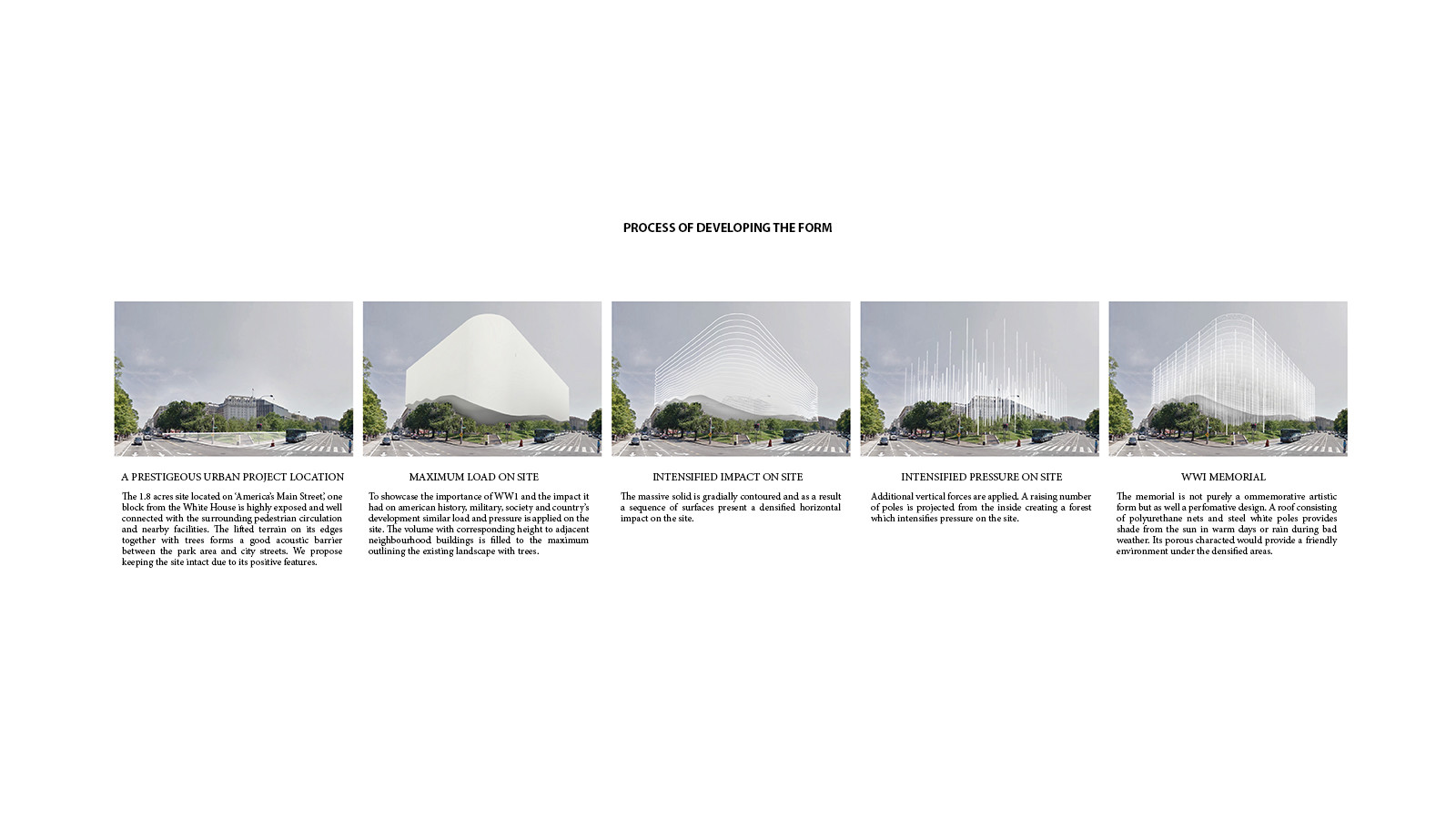 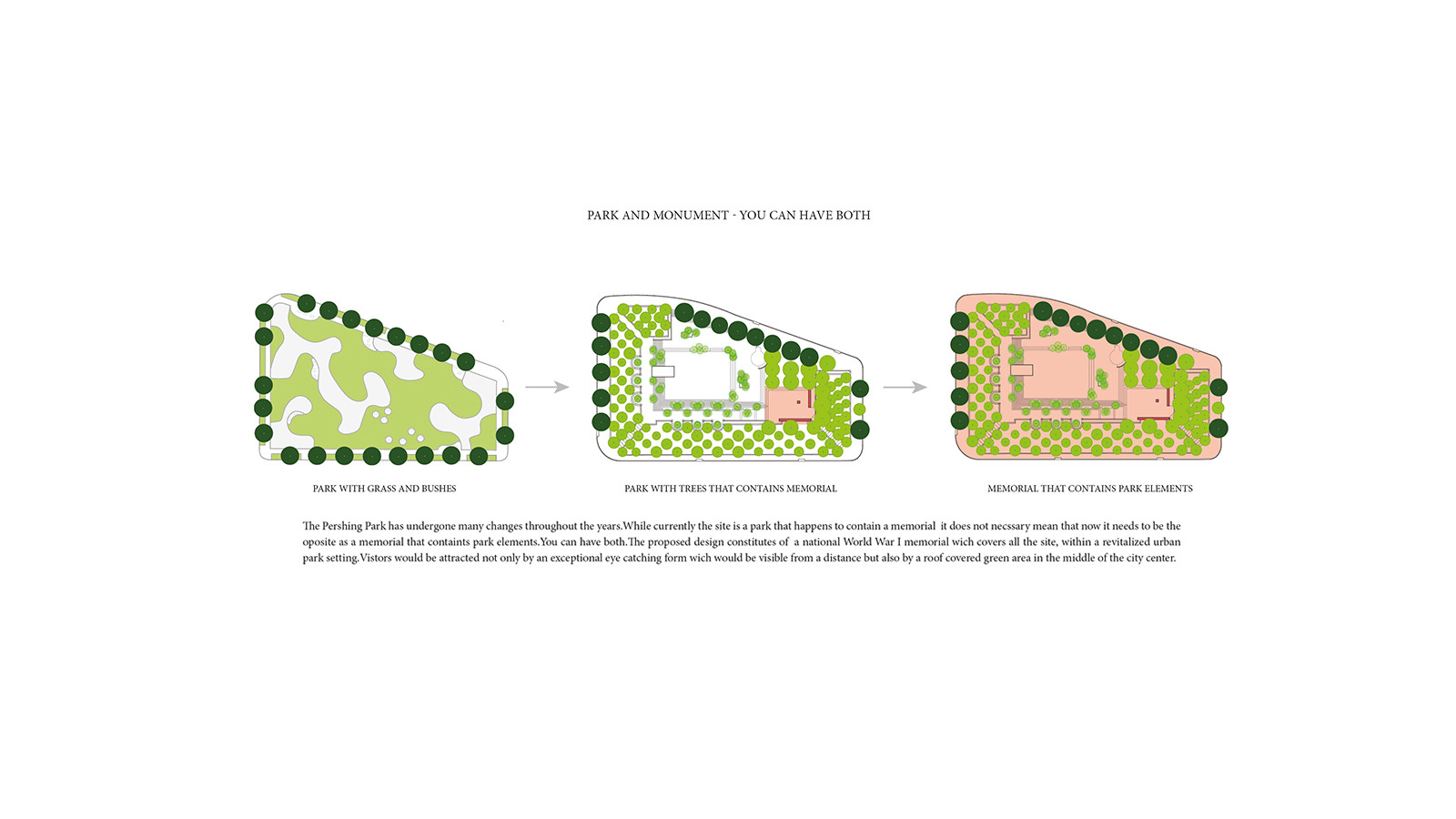 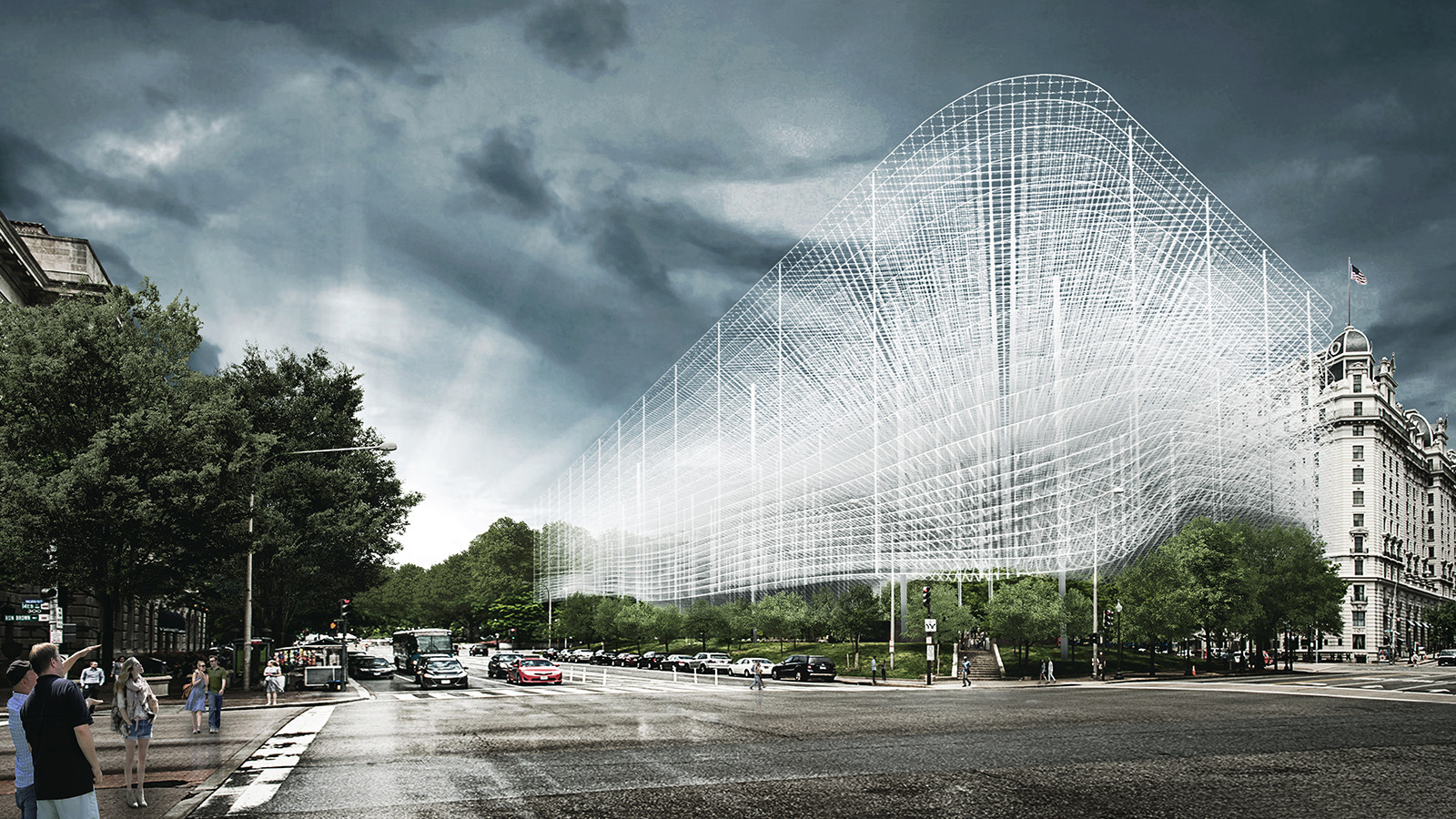 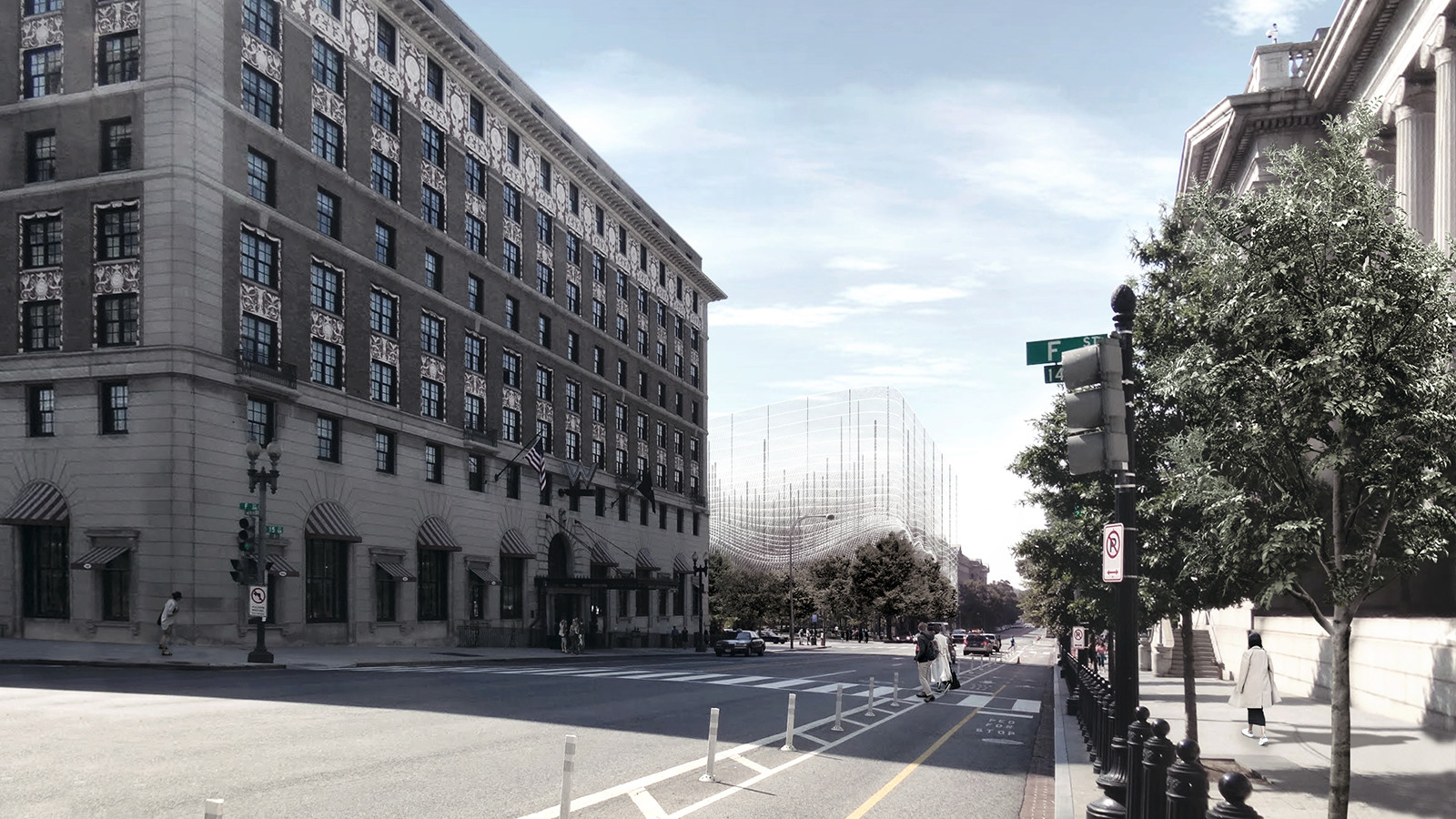 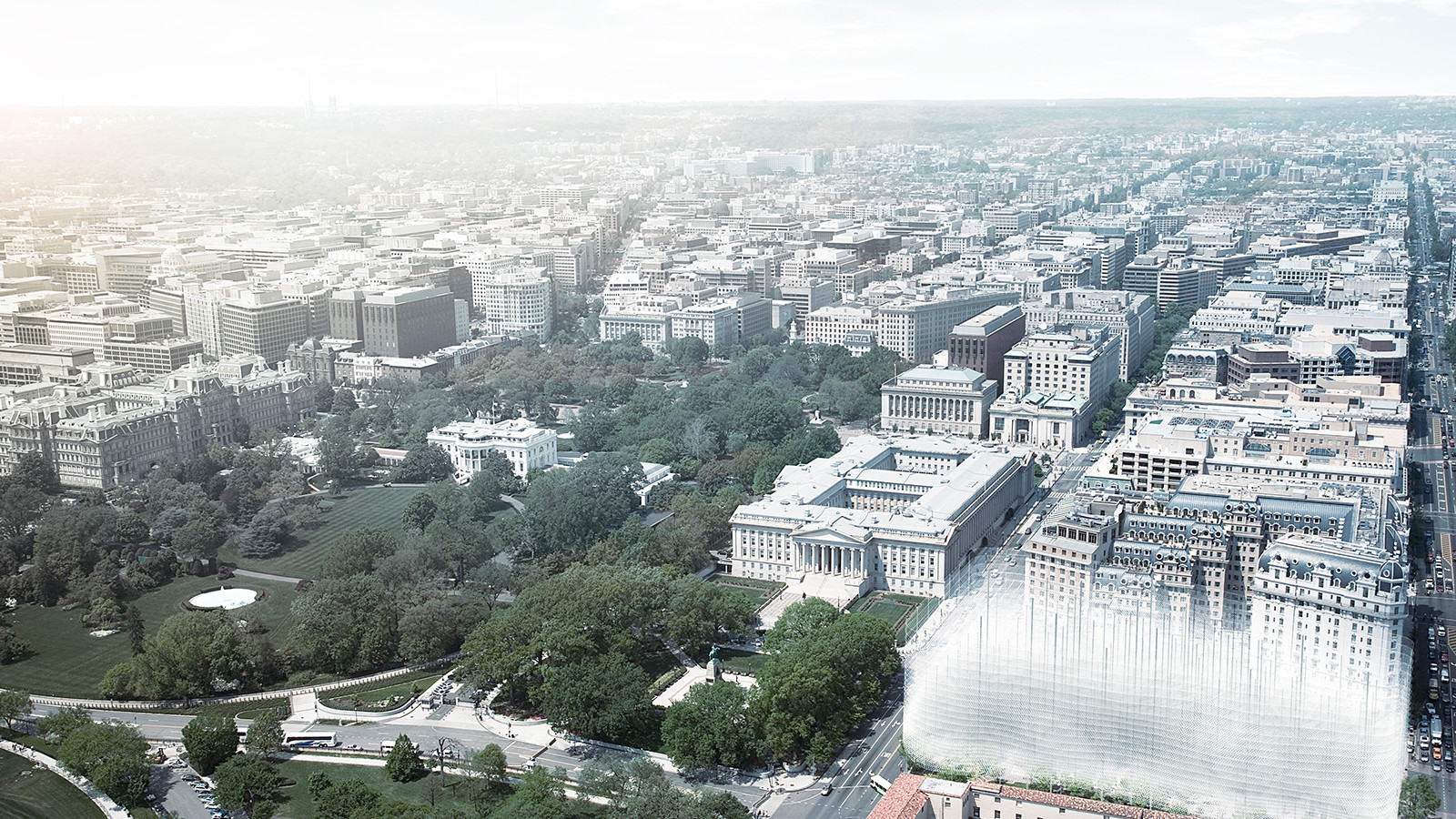 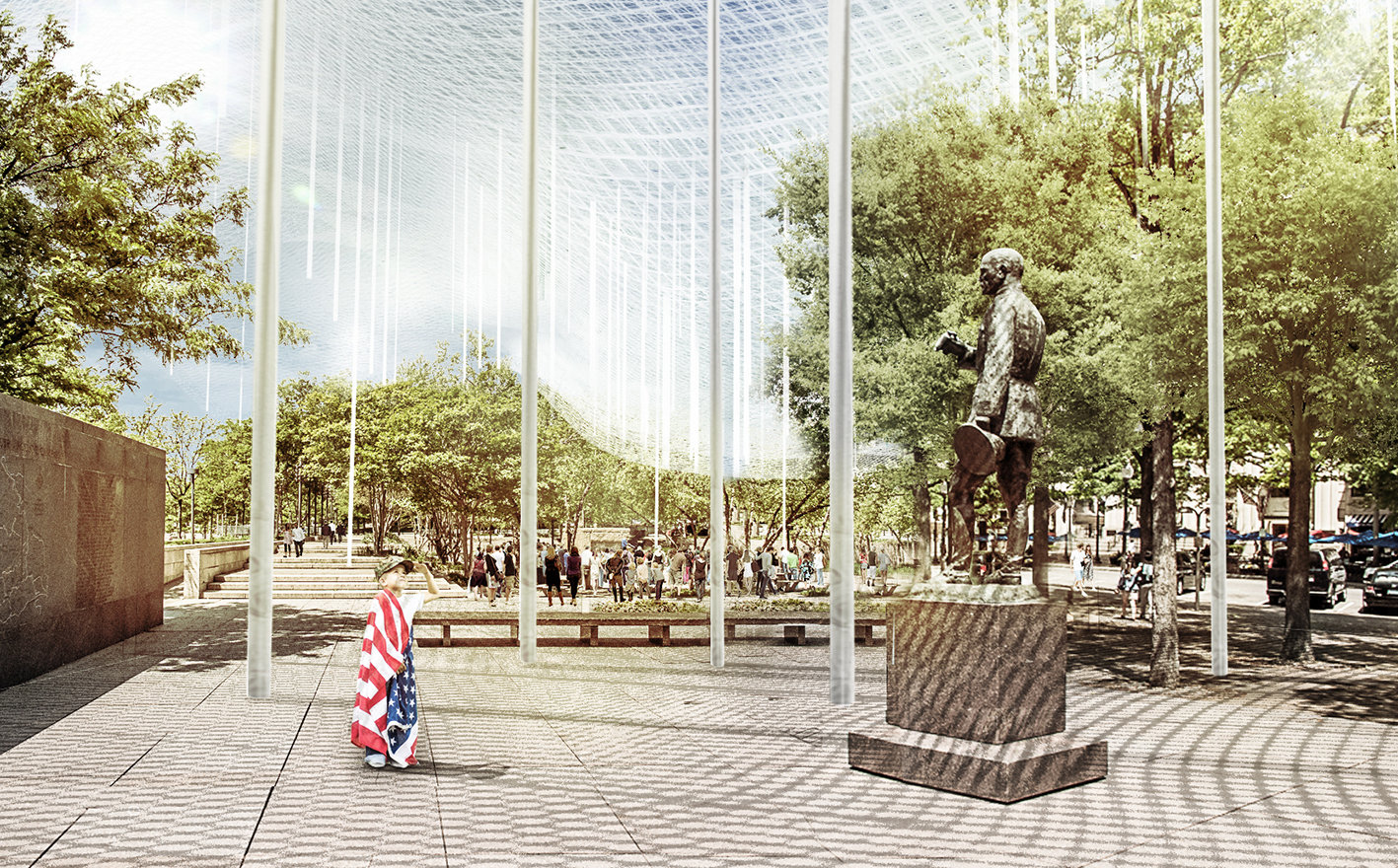 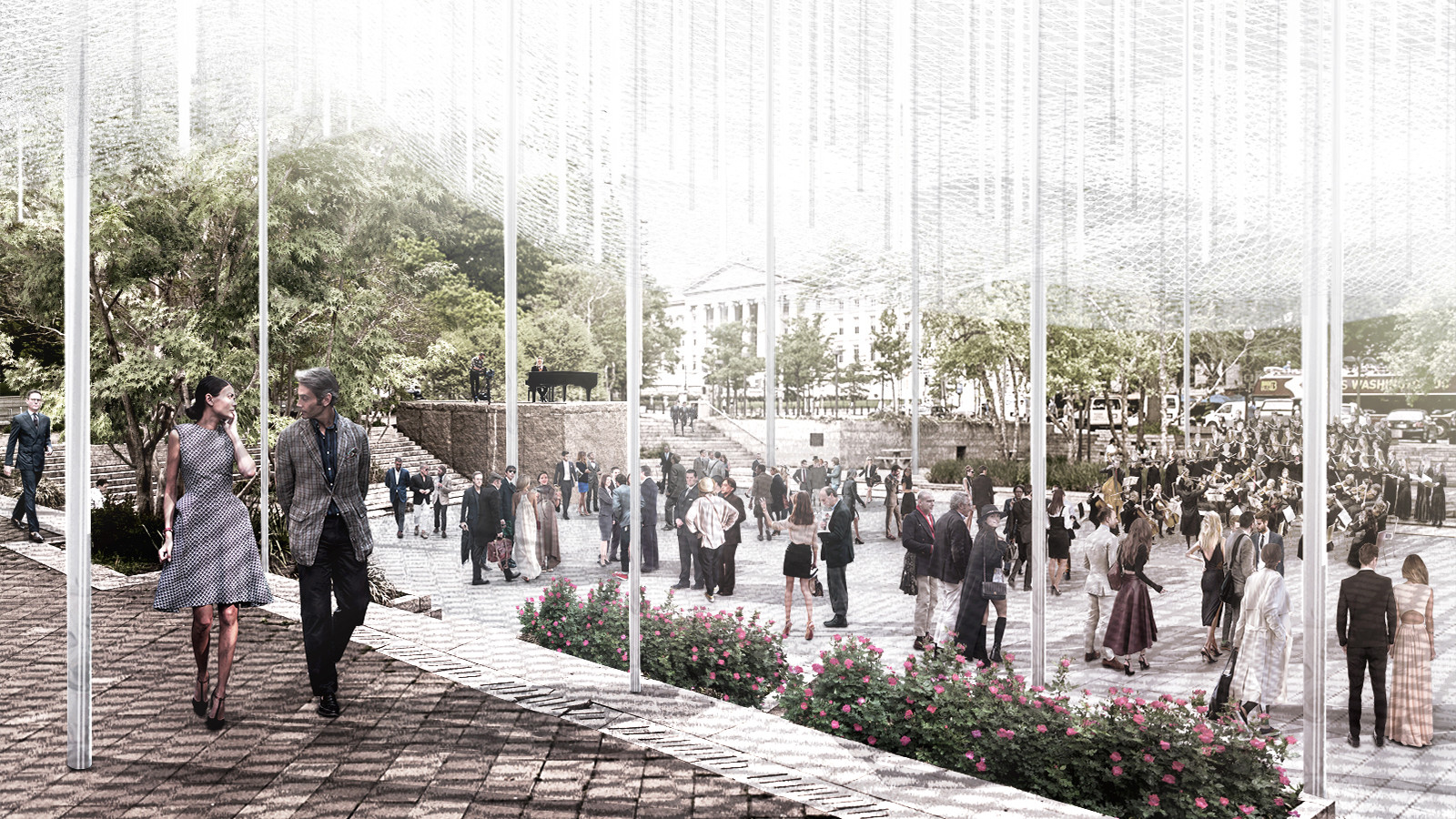 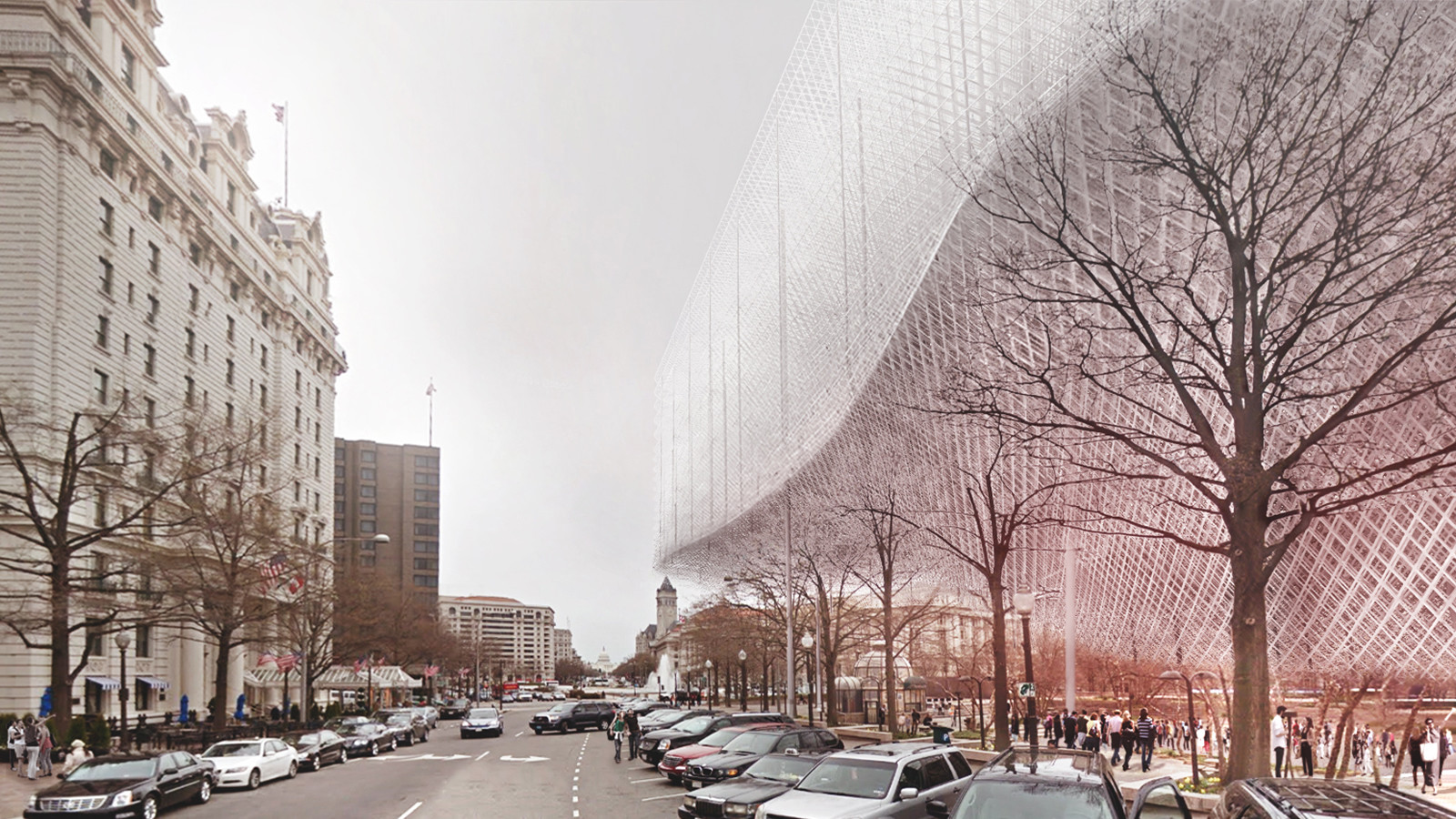 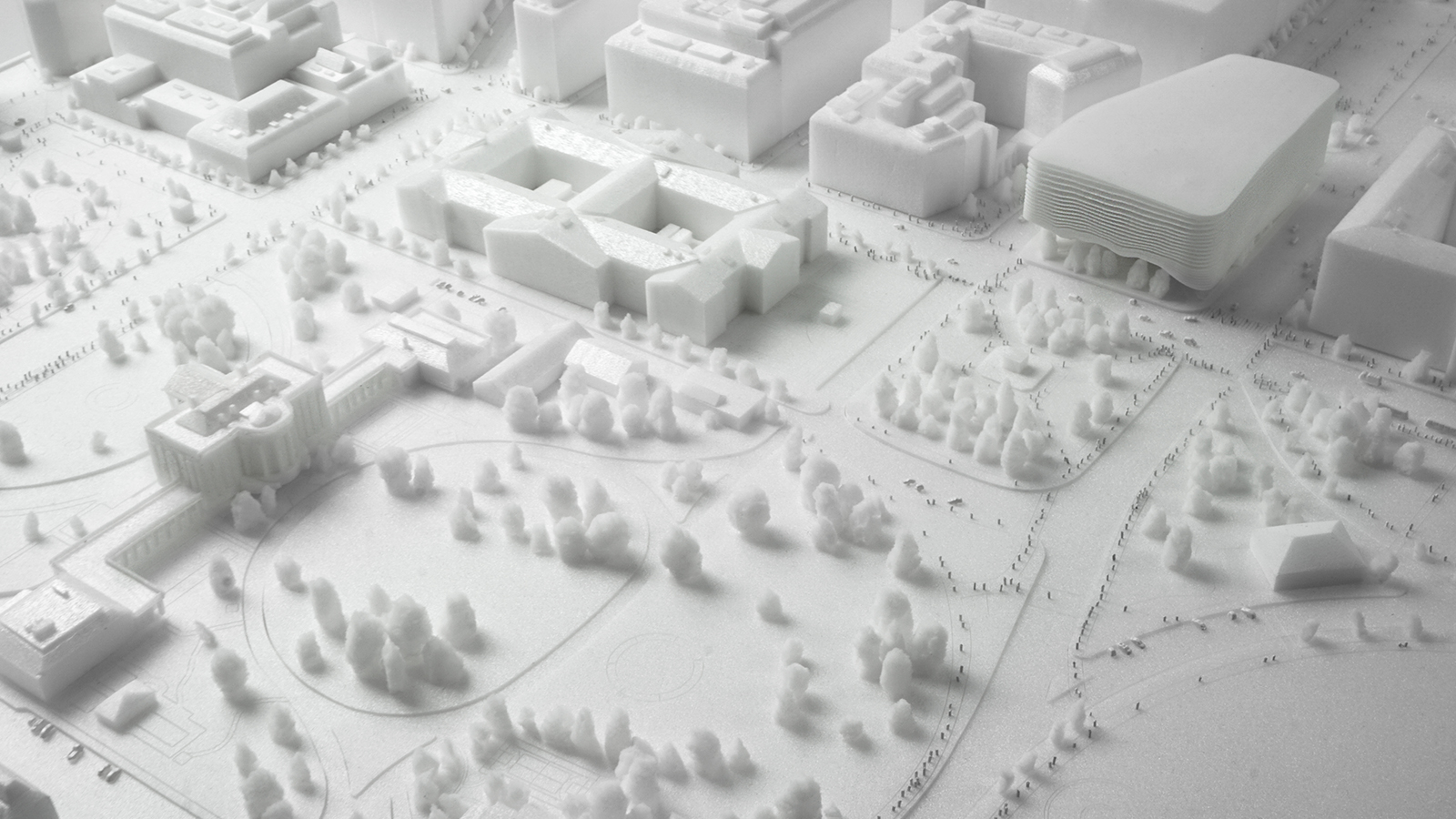 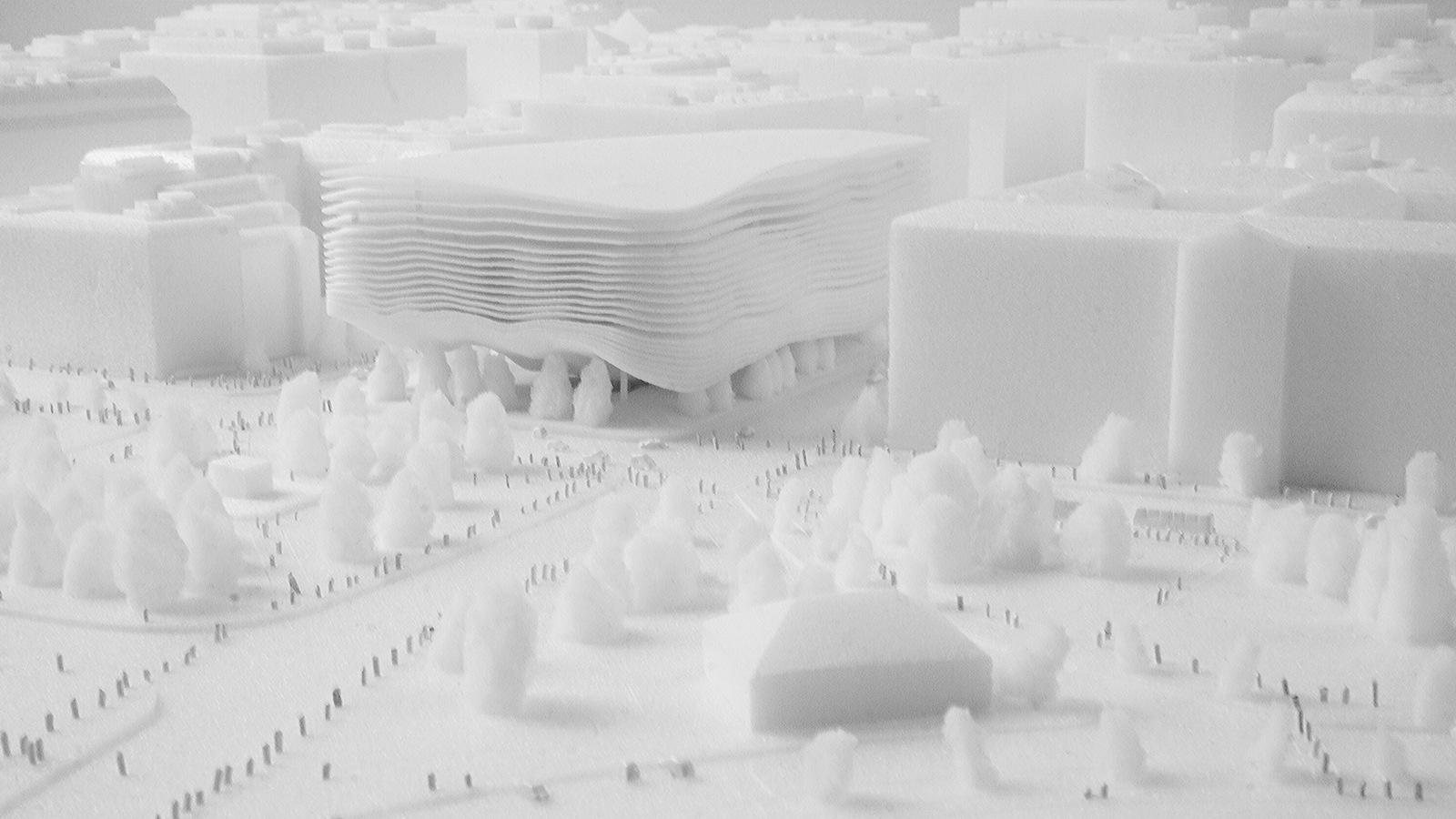 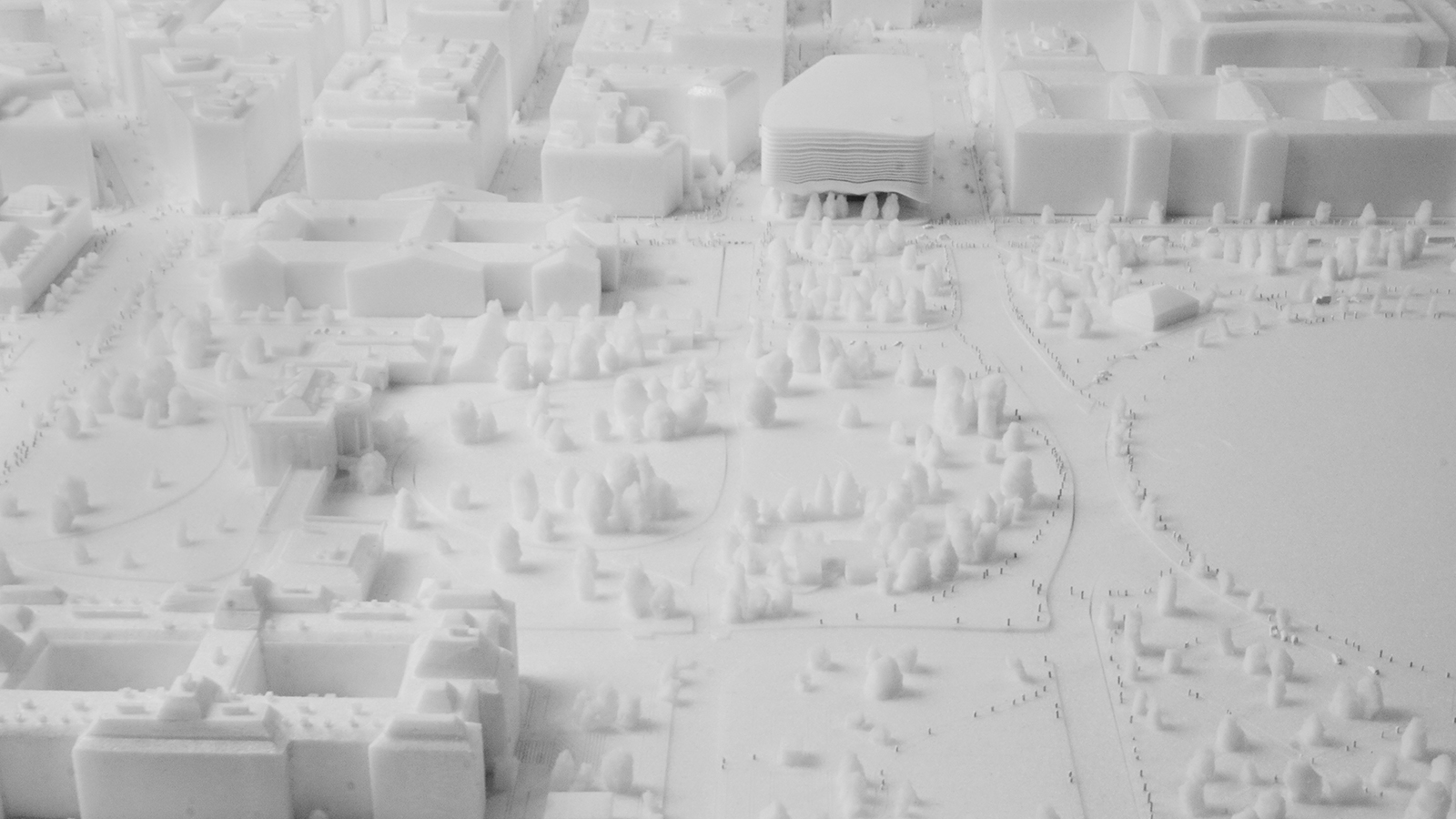 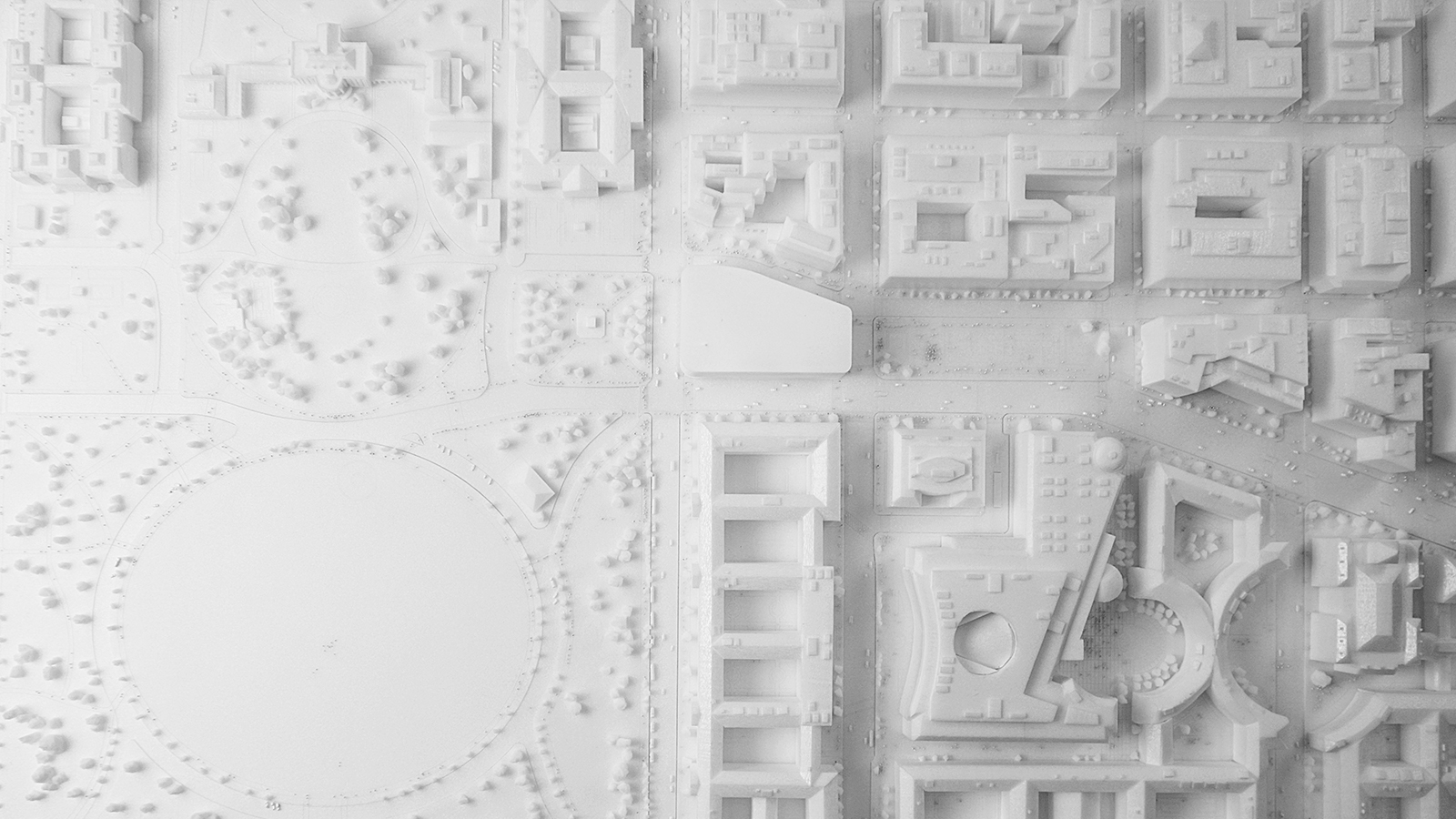 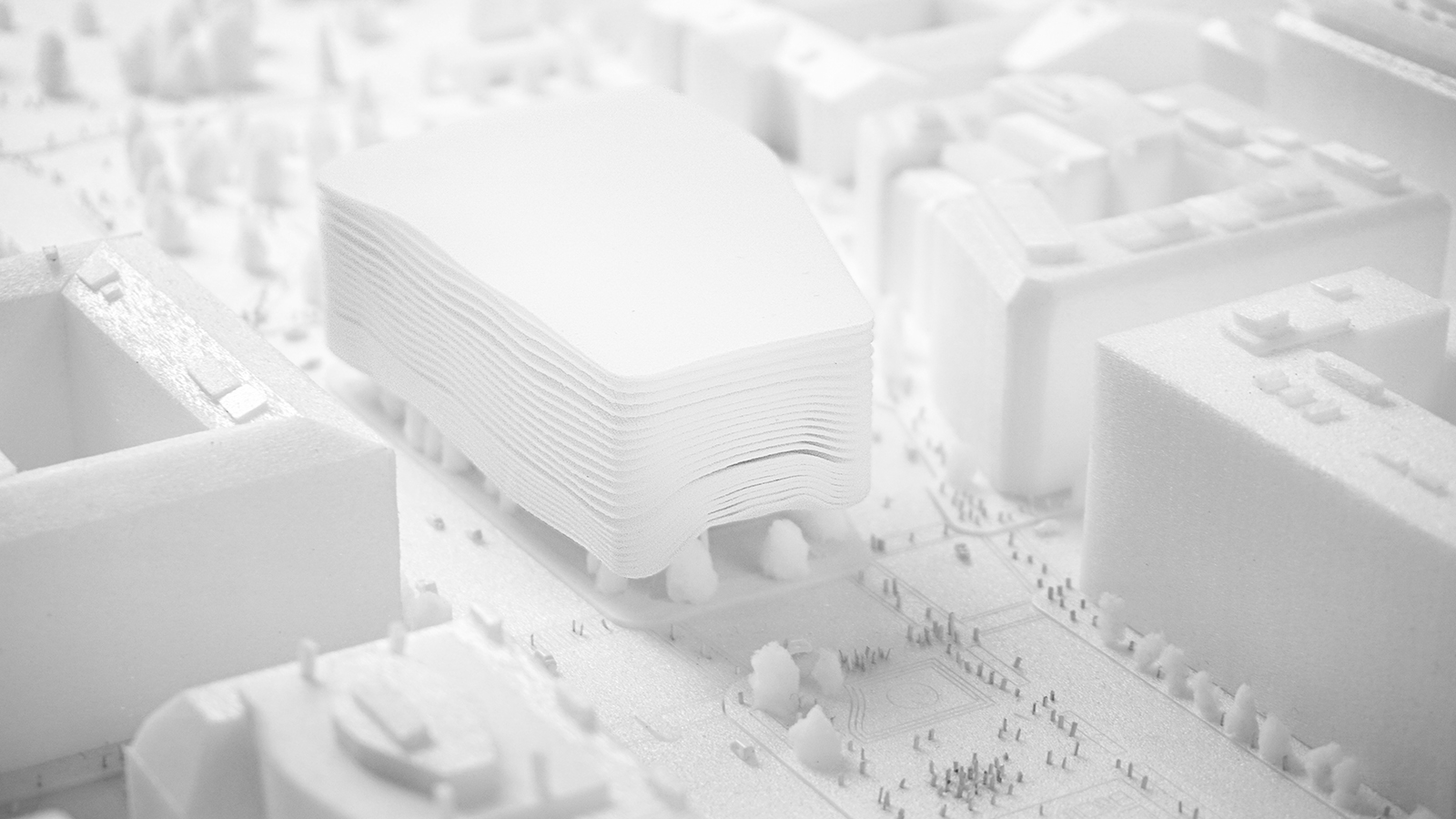 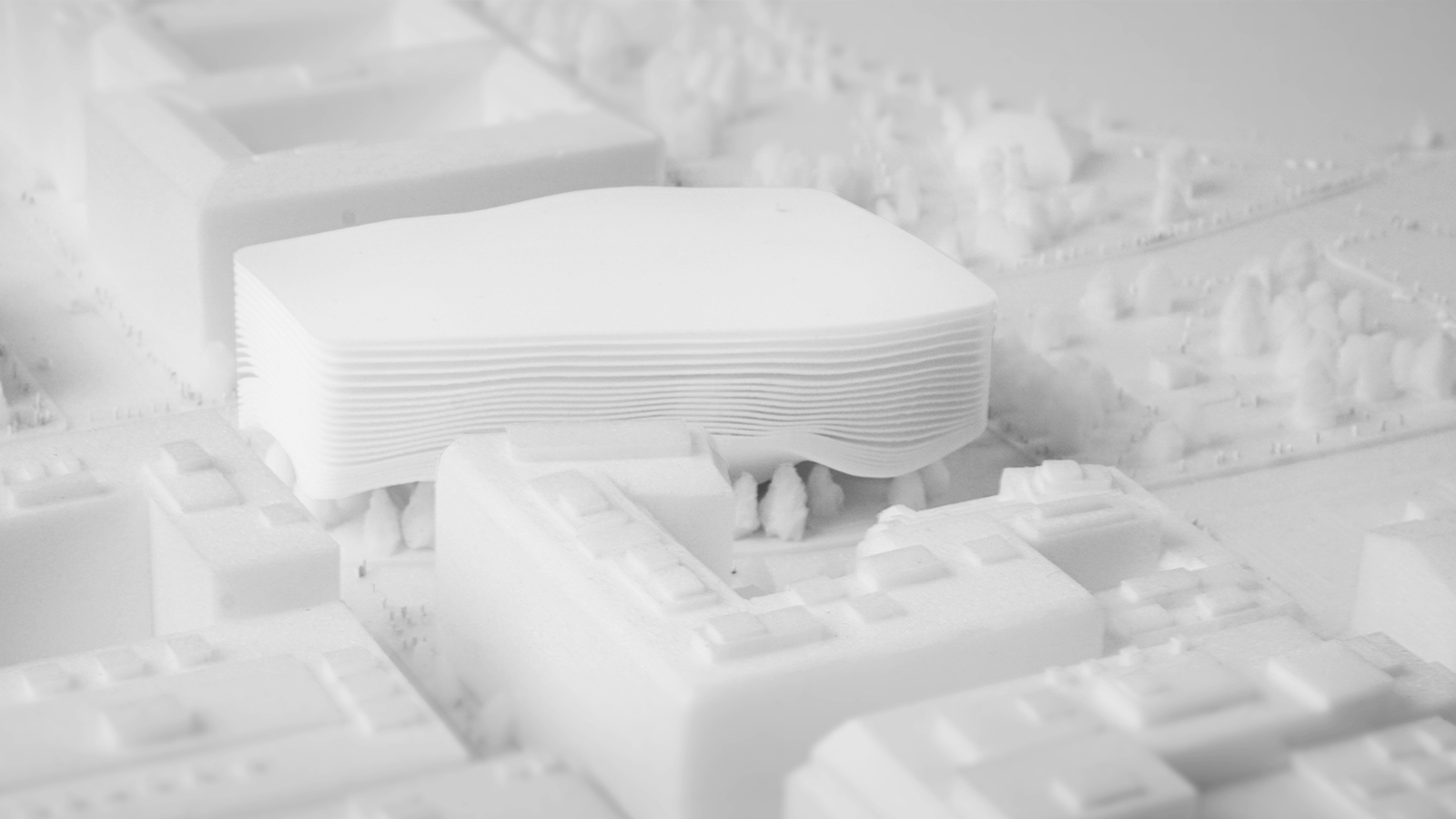 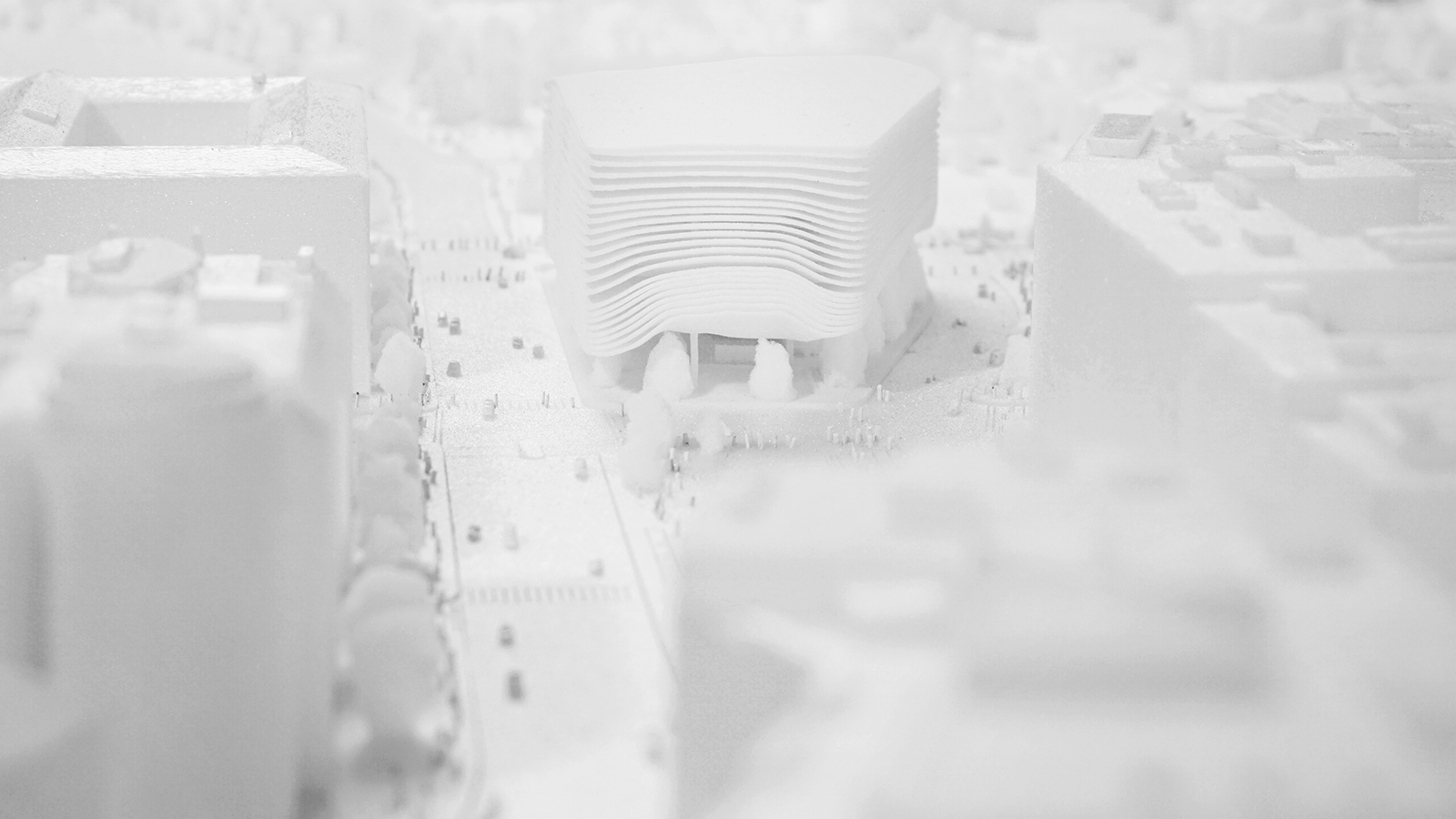 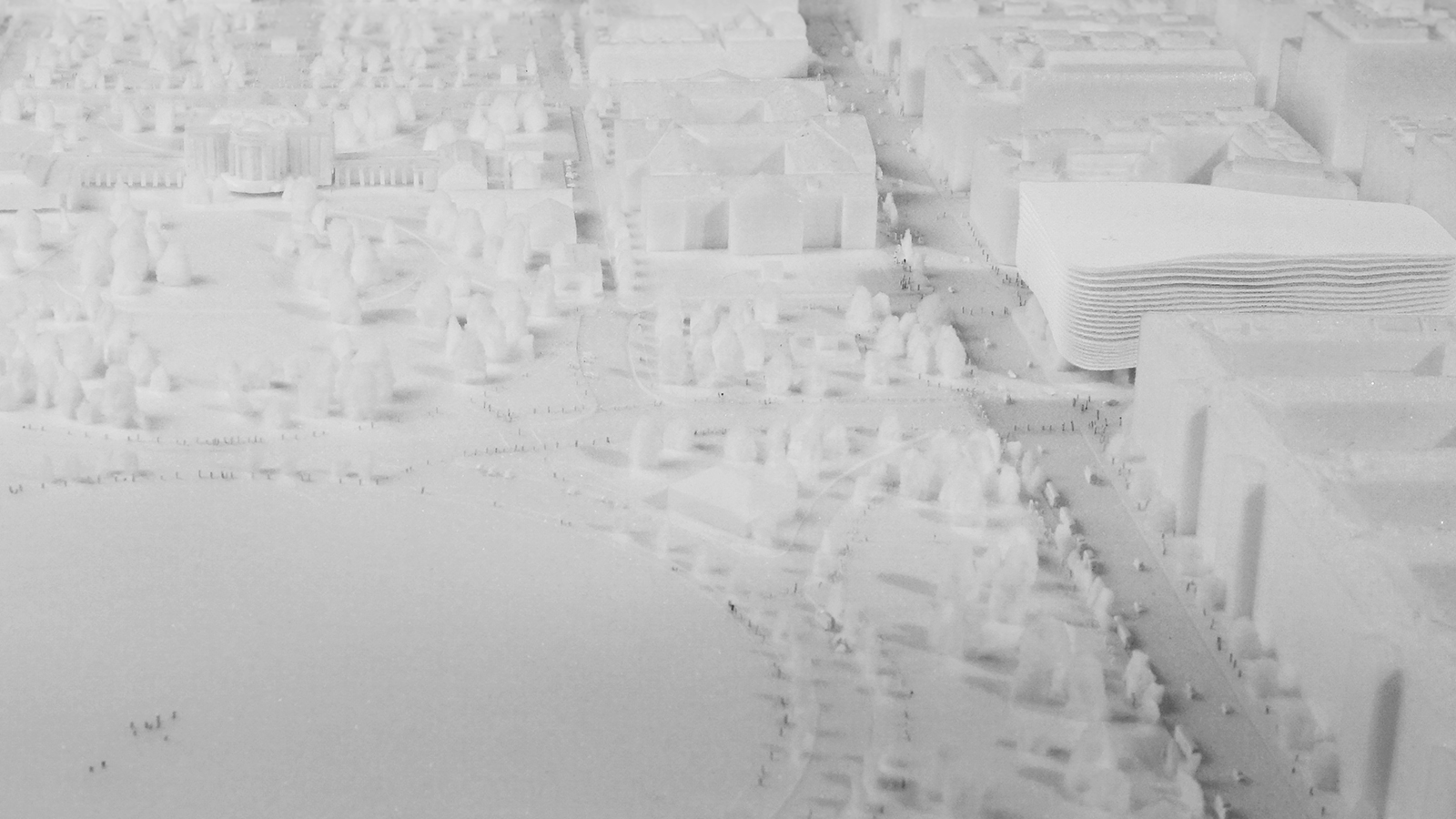 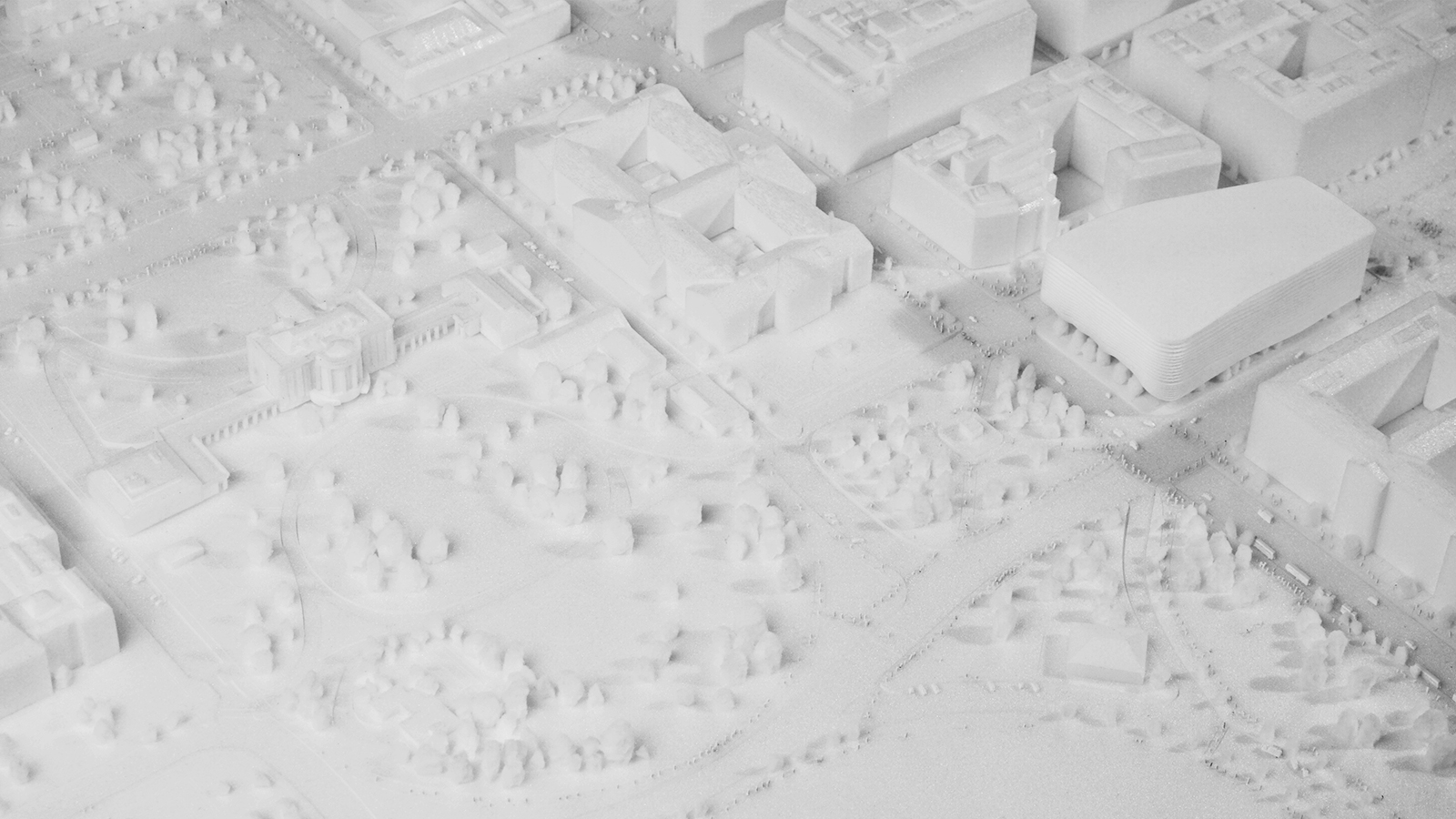 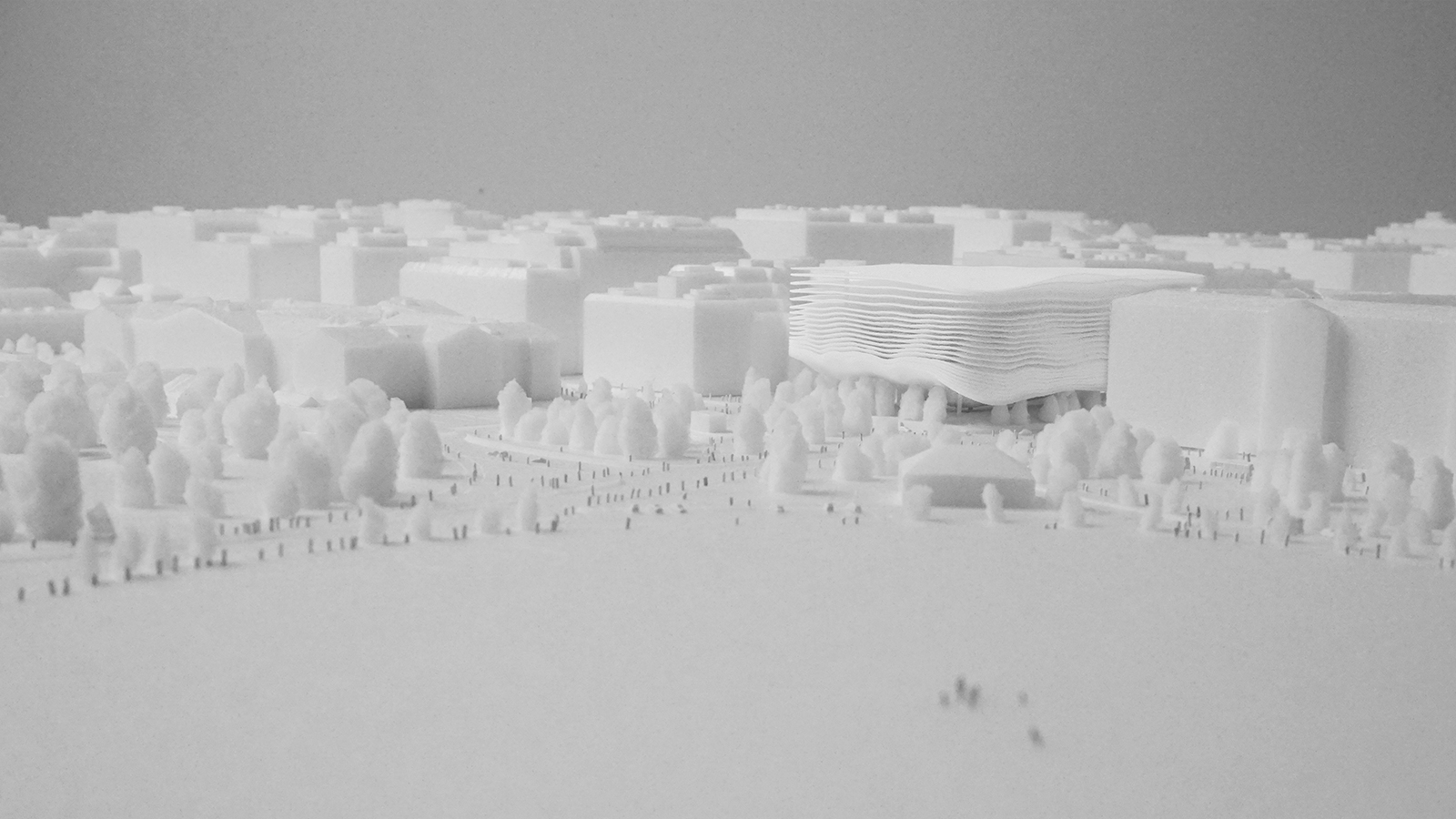 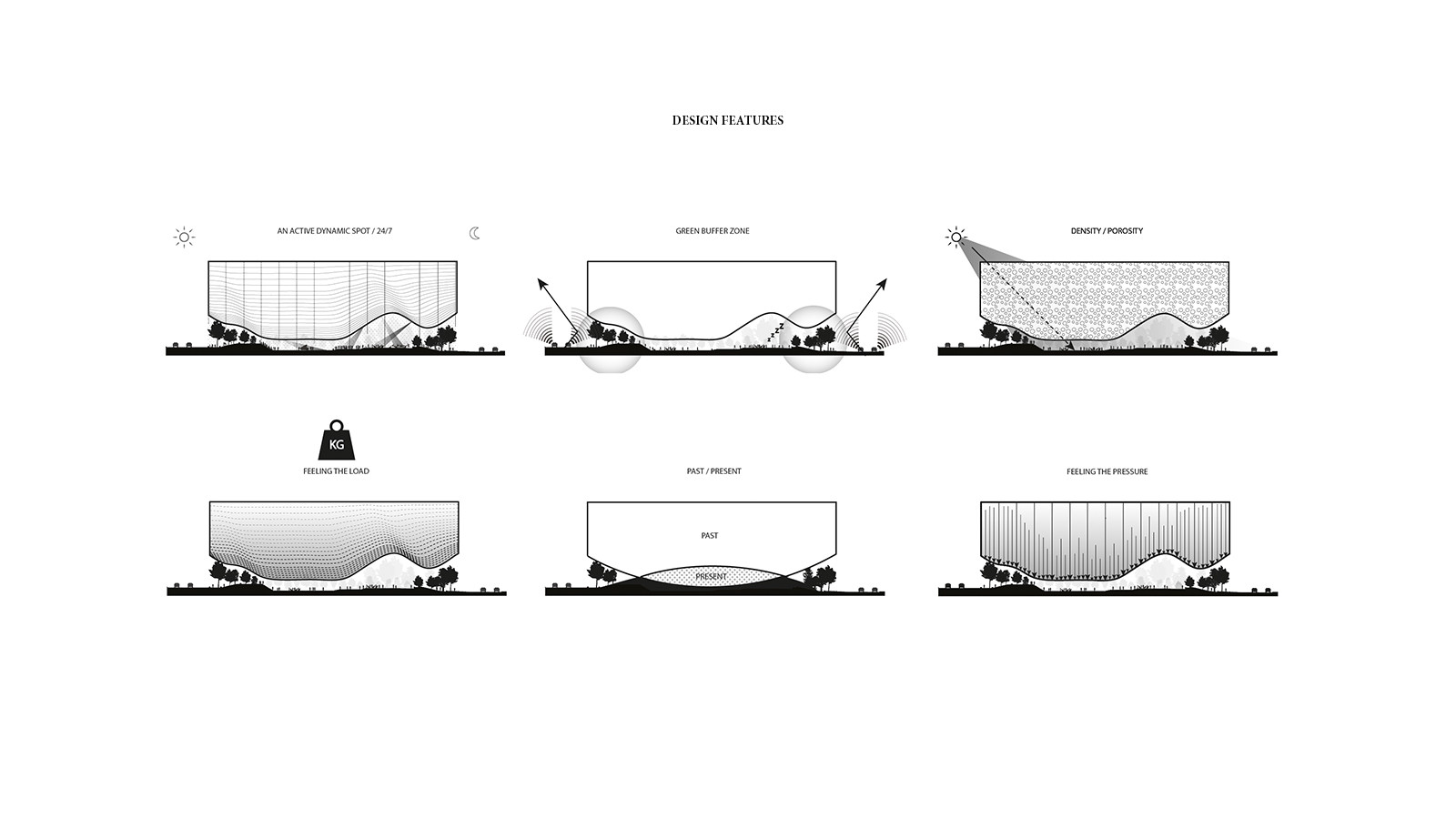 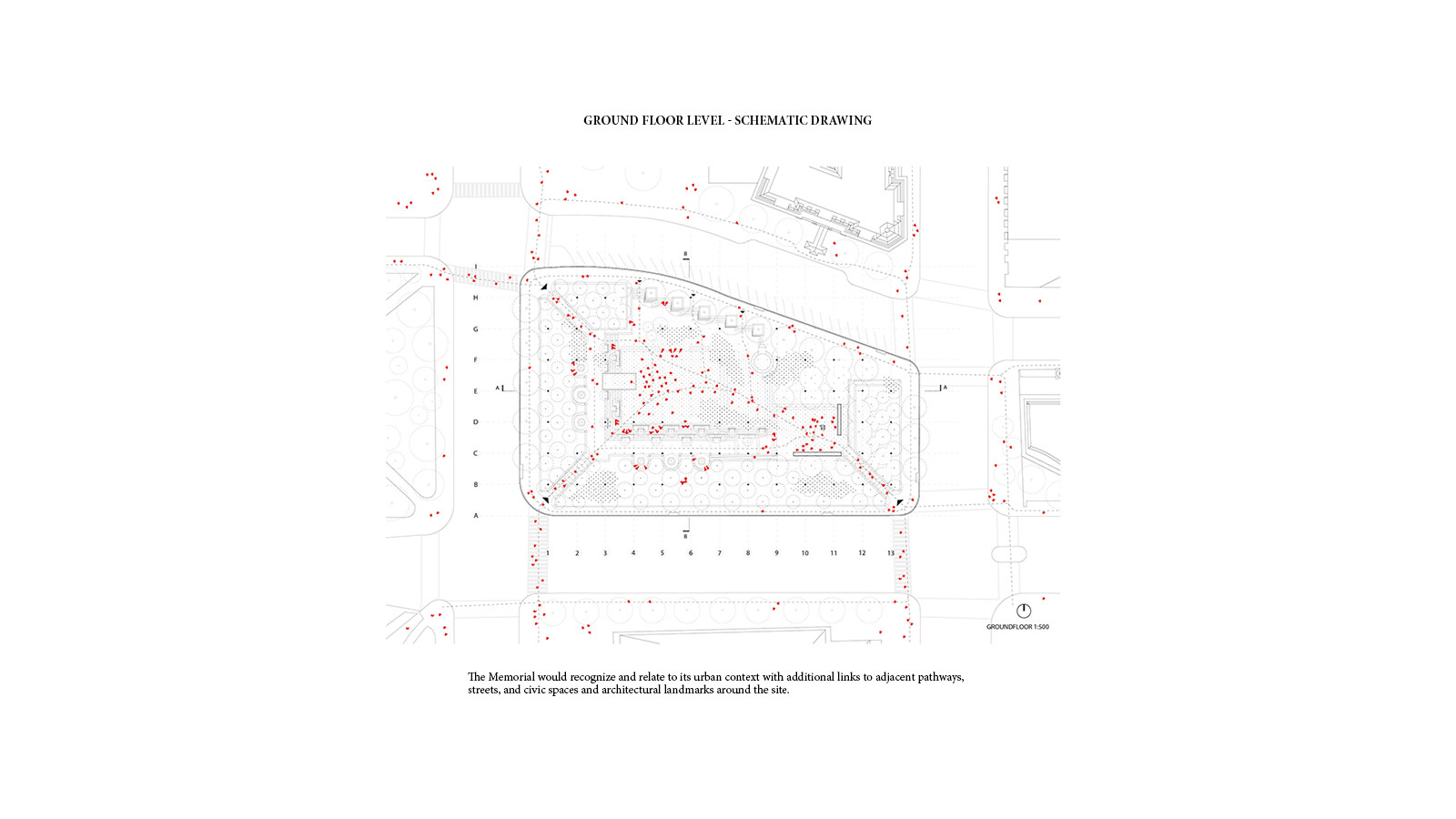 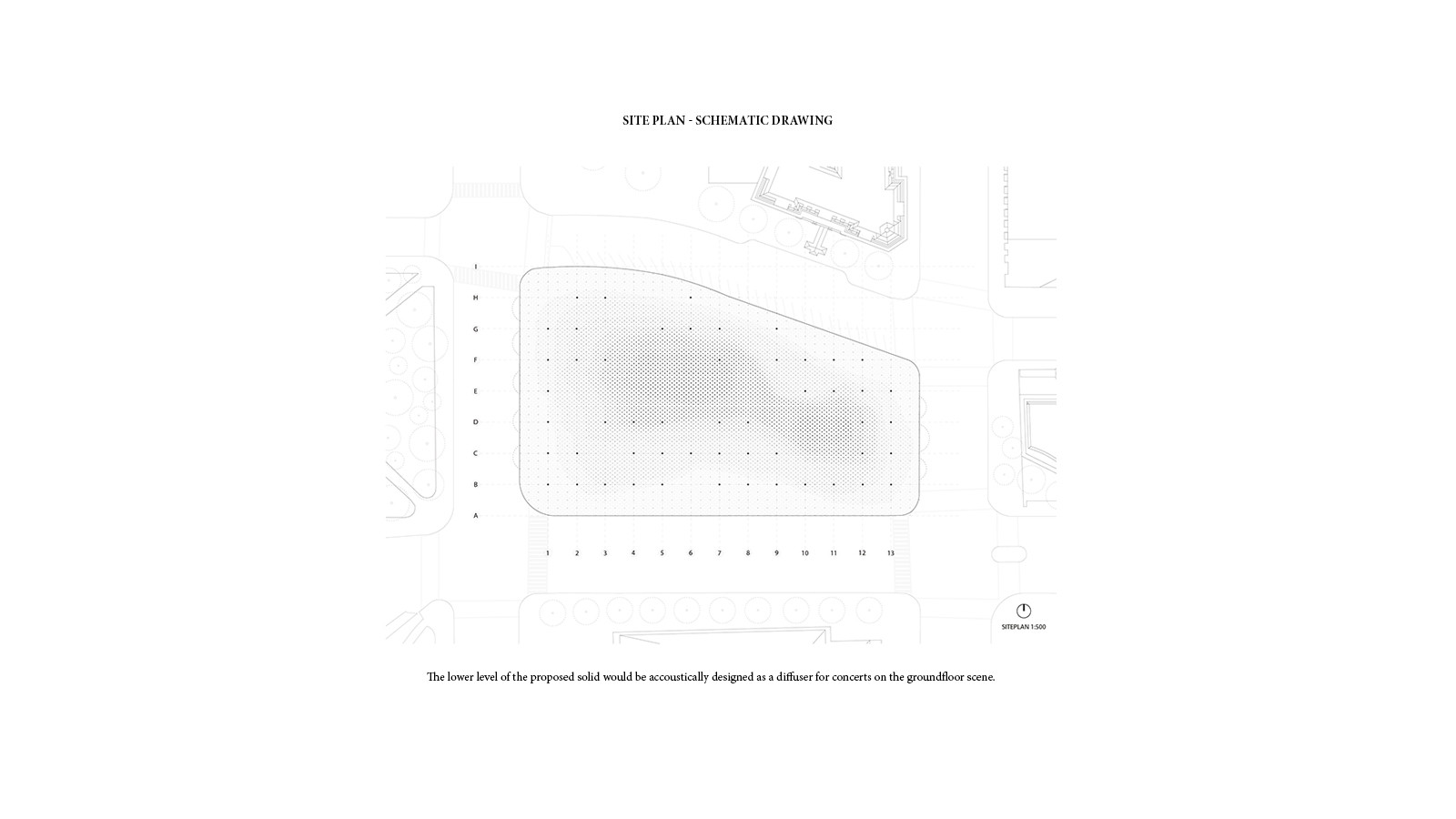 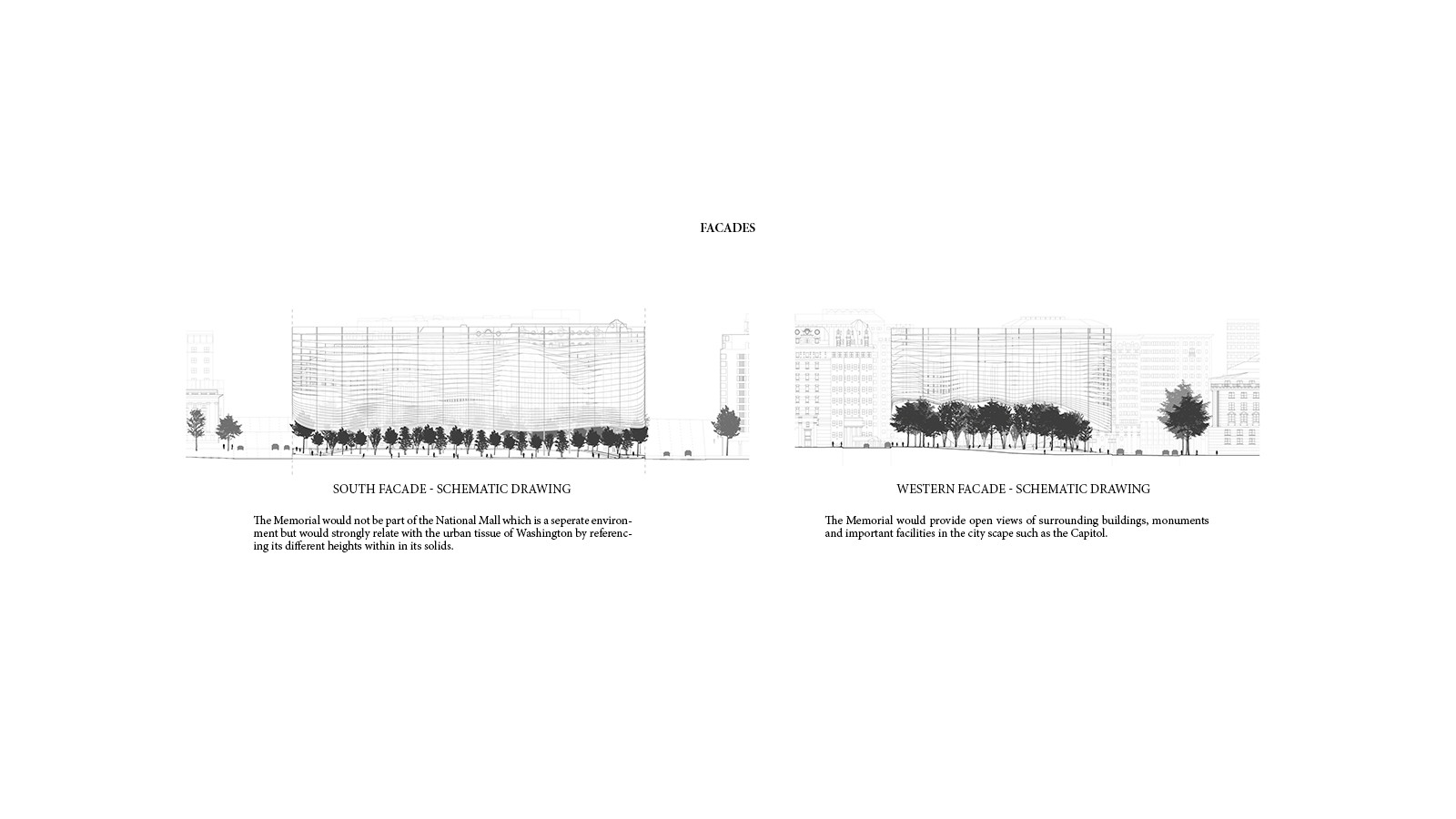 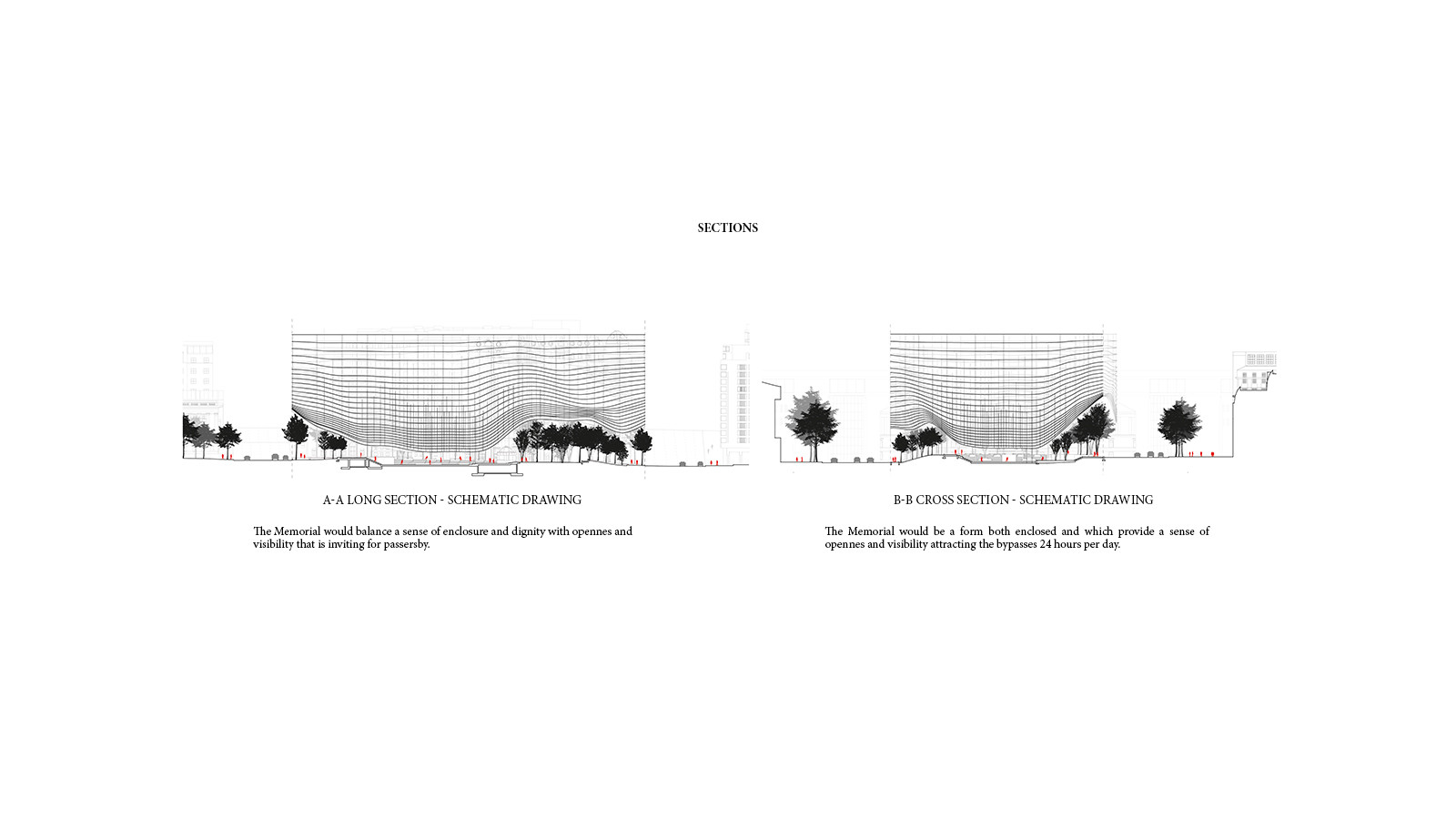 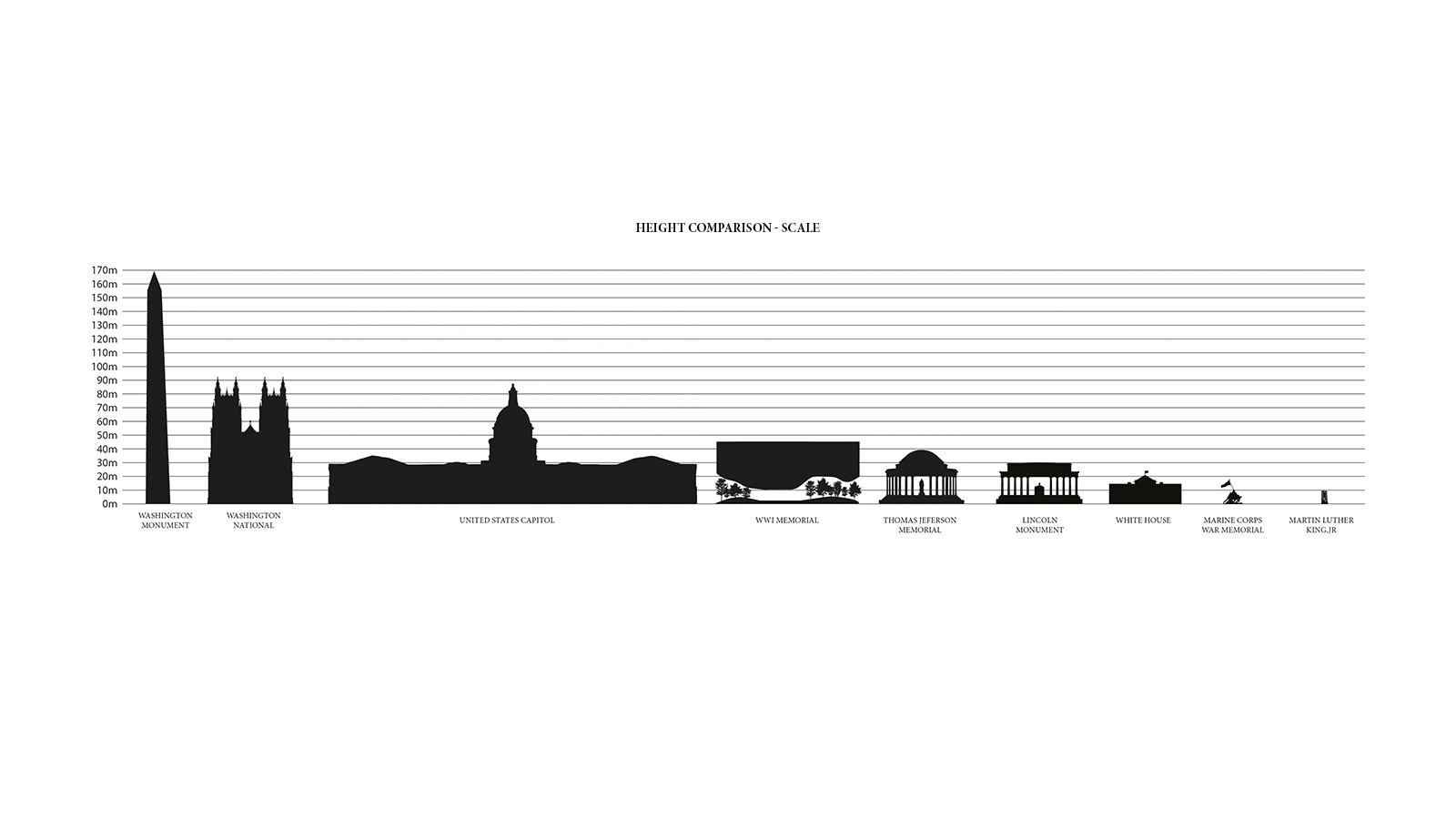 World War I is a worldwide forgotten war.There are no longer living veterans to remind us of the importance of this historic event.They can not speak for themselves.So we need to shout.Especially in the US where WWI had a major influence not only on it’s participants or the American Army in general but the whole society and the overall development of the country. After 100 years blocks of granite or marble with engraved names and numbers will not be enough to present and honor in the XXI century the profound and heroic sacrifice and valor of the servicemen and women that made the above mentioned possible.The situation demands a strong gesture to put the WWI commemoration in line with other ”American Century” national memorials after so many years.
The aim of the proposed design is to visually represent it’s importance and the effect it played on other entities.The scale and gravity would be understood in a ambiguous way.Both as the profound magnitude of life loss and importance of the United States in the conflict and by referencing it in the very structure of the Memorial itself.Through the” representation of density,mass, horizontal and vertical forces a relation between this location and the main theme would be created.An immense comparable impact as WWI had on the history and American society is put on the entire site of the memorial by the new form. The result is a subtle icon which does not try to compete with other important nearby located American symbols but at the same time is attached to the urban tissue by referencing in the form adjacent building heights.By resembling a dissolved surrounding building it becomes a representation of the impact of WWI on American society.As a design not attached to any current fashion or traditional approach the proposed memorial would be timeless and meaningful for many future generations to come.

Existing site elements preservation
The existing design and landscape elements would be kept as they contribute to the park composition providing generous seating areas and an agora and strengthen the park’s relationship with the larger urban context.The design proposes to keep the site intact and make full use of what Pershing Park currently offers including the landscape formation wich together with the trees along the borders of the site provide an acoustic barrier from the noisy adjacent streets.No additional volumes would be added.The gazebo facility could be used during special events.

Park and monument – you can have both
The Pershing Park has undergone many changes throughout the years.While currently the site is a park that happens to contain a memorial it does not necssary mean that now it needs to be the oposite as a memorial that containts park elements.You can have both.The proposed design constitutes of a national World War I memorial wich covers all the site, within a revitalized urban park setting.Vistors would be attracted not only by an exceptional eye catching form wich would be visible from a distance but also by a roof covered green area in the middle of the city center.

Prev
Busan Waterfront
Next
Flagship Filling Station of the Future