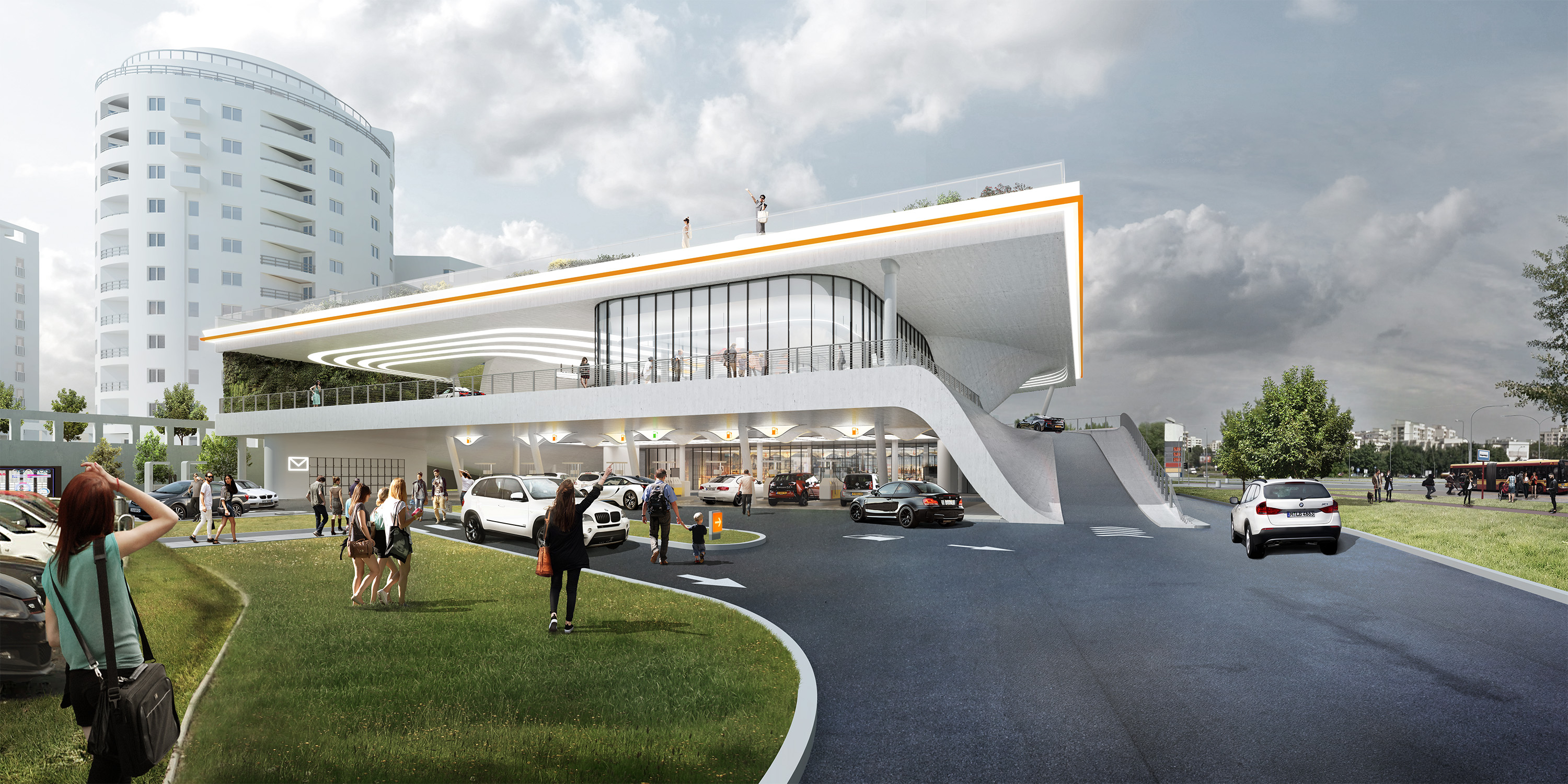 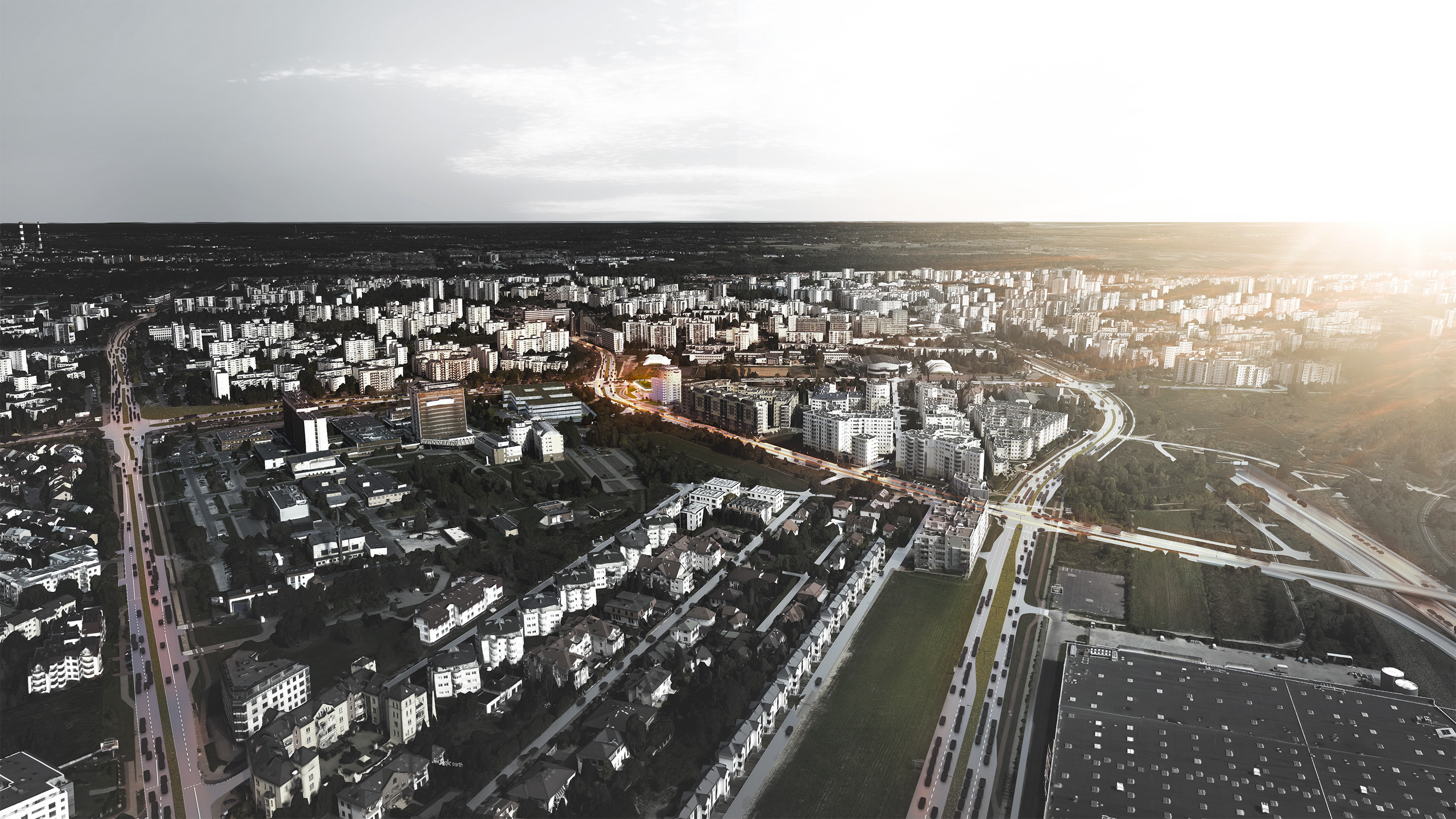 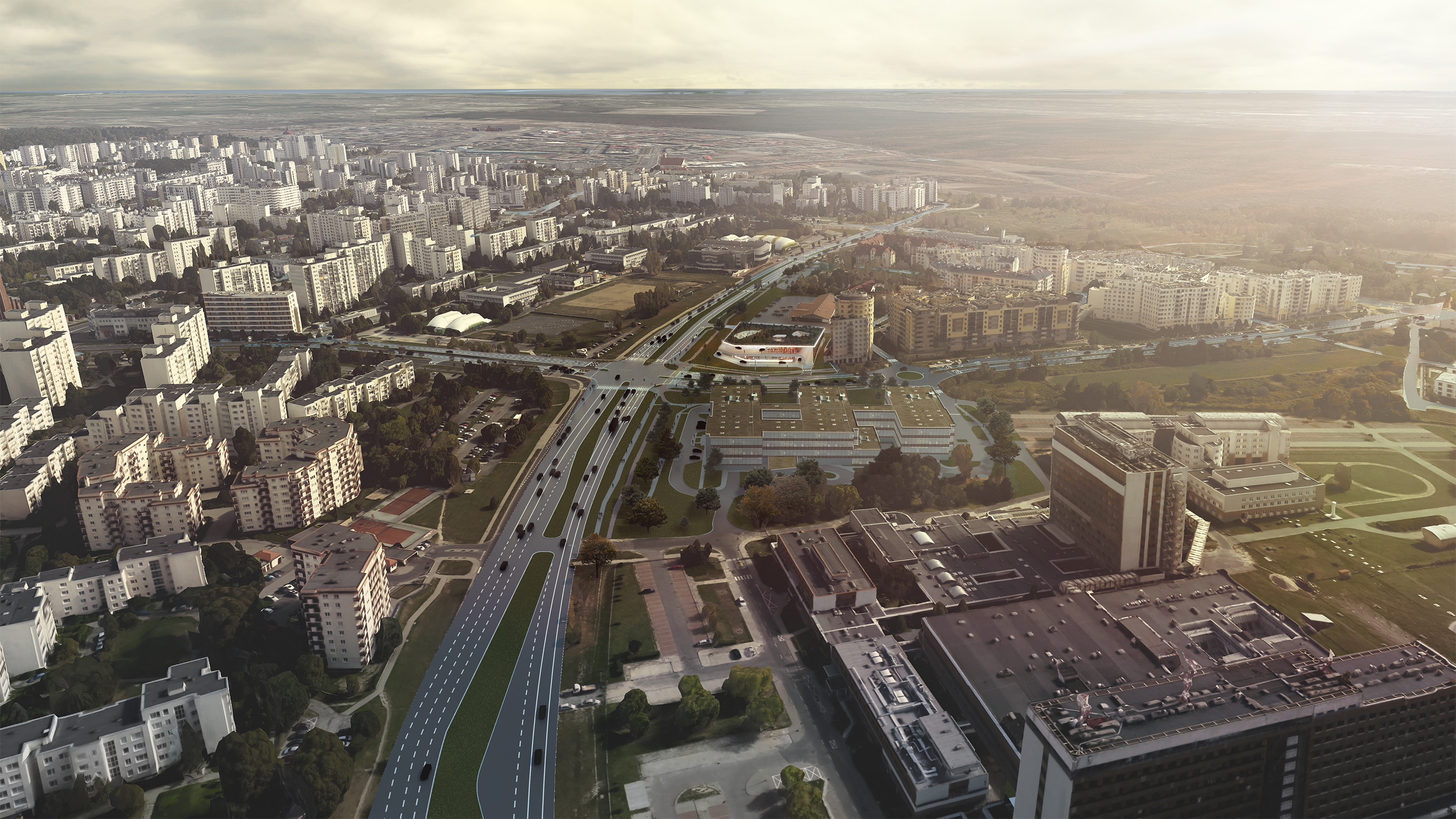 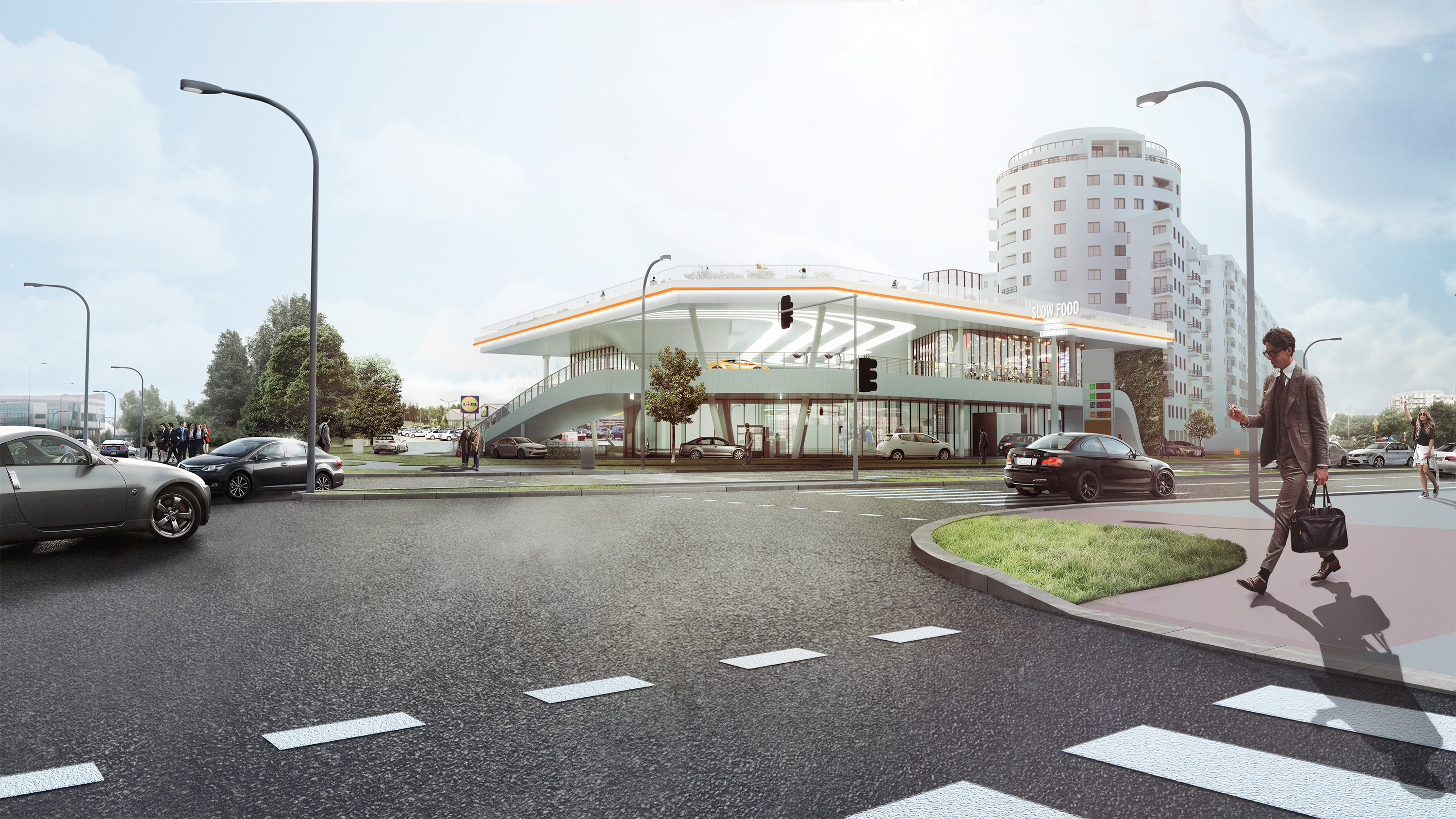 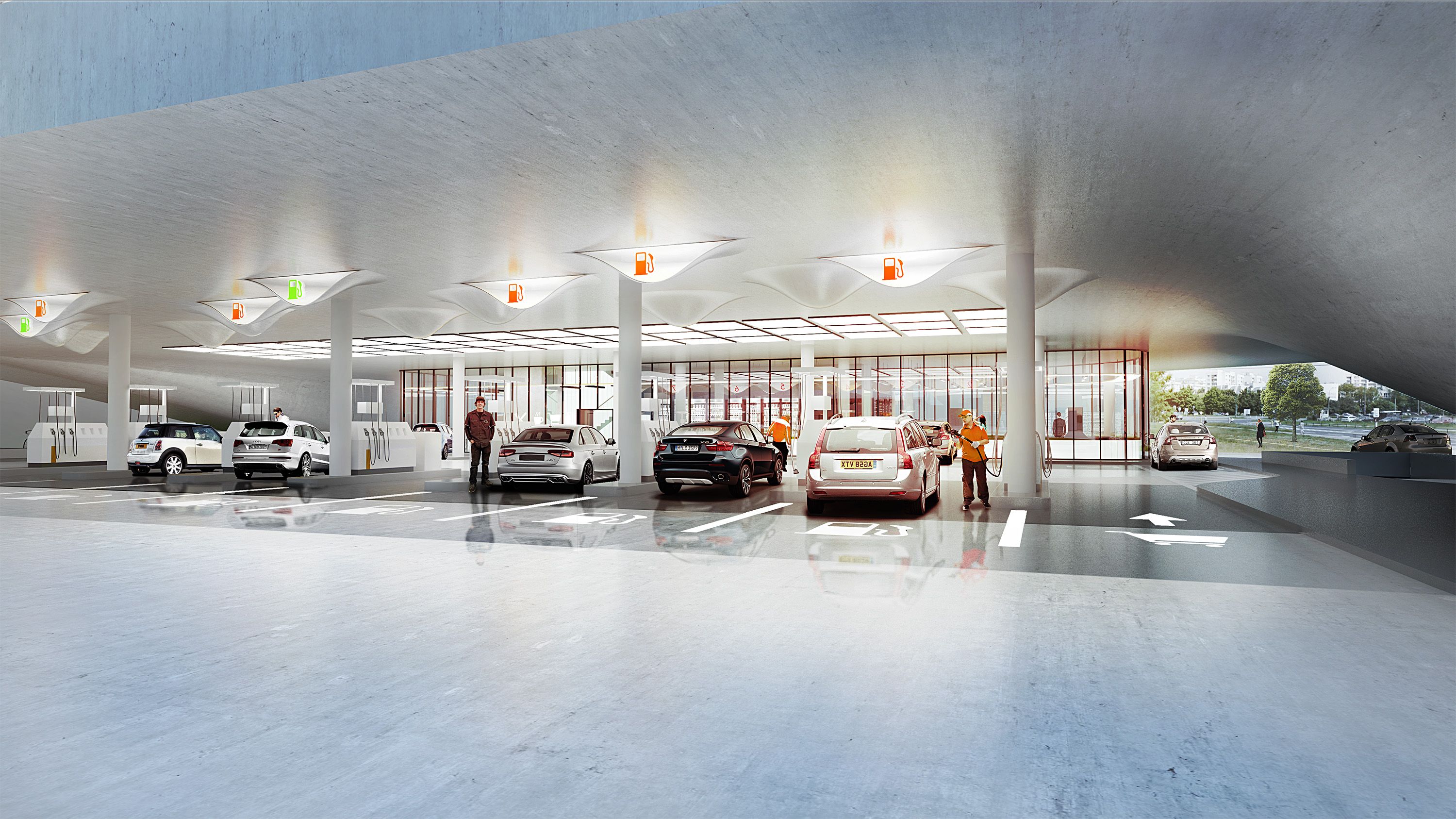 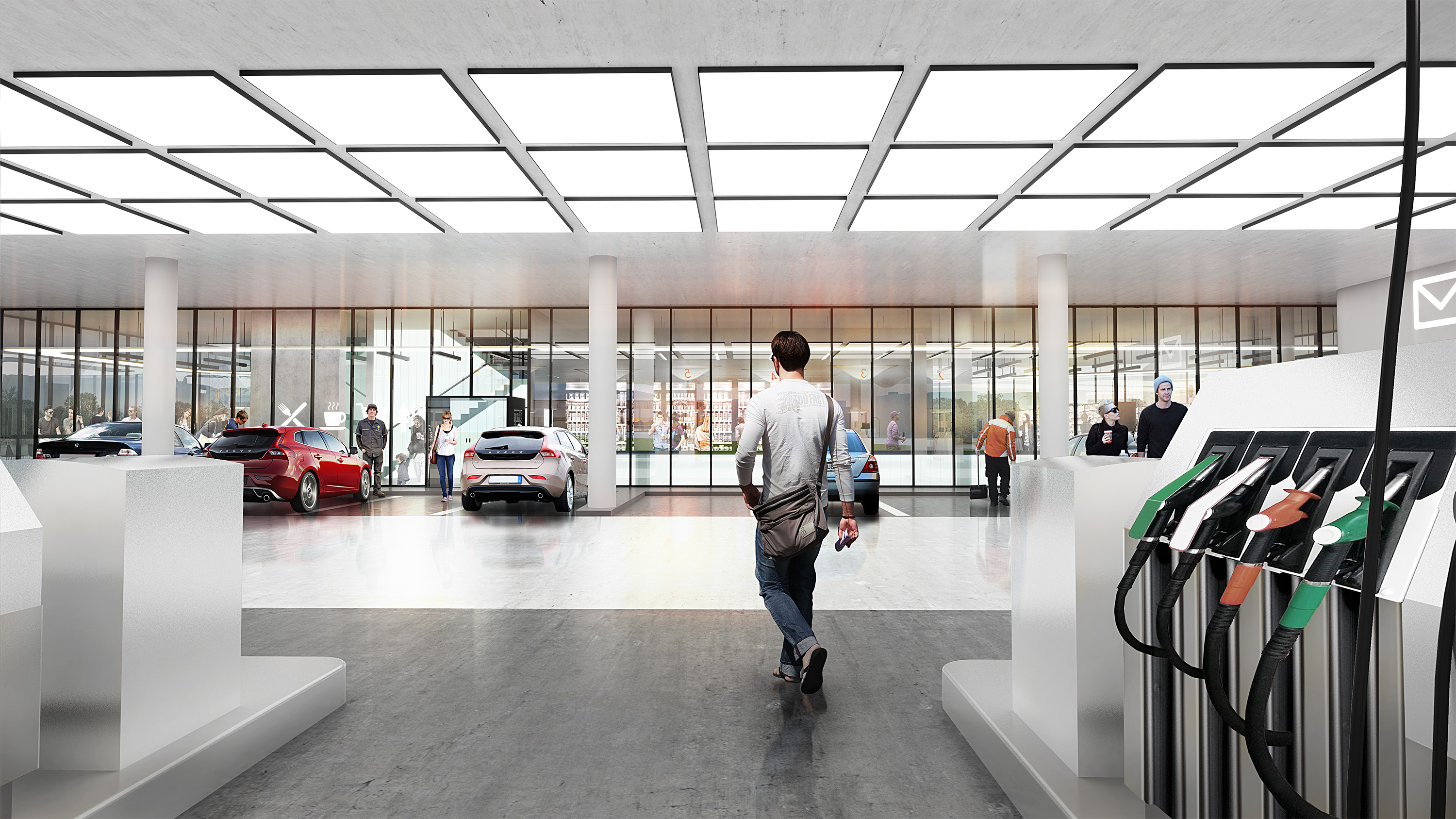 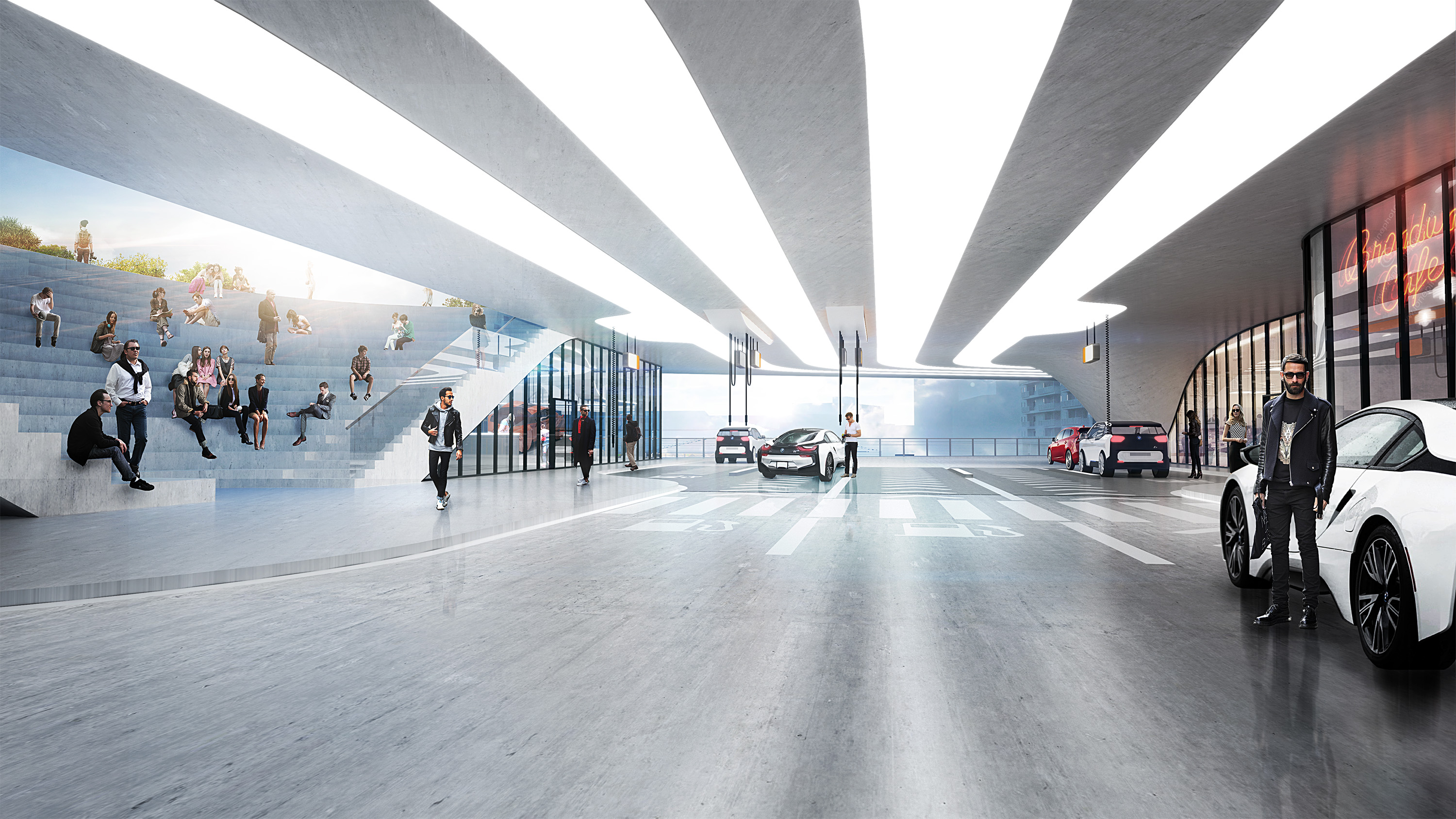 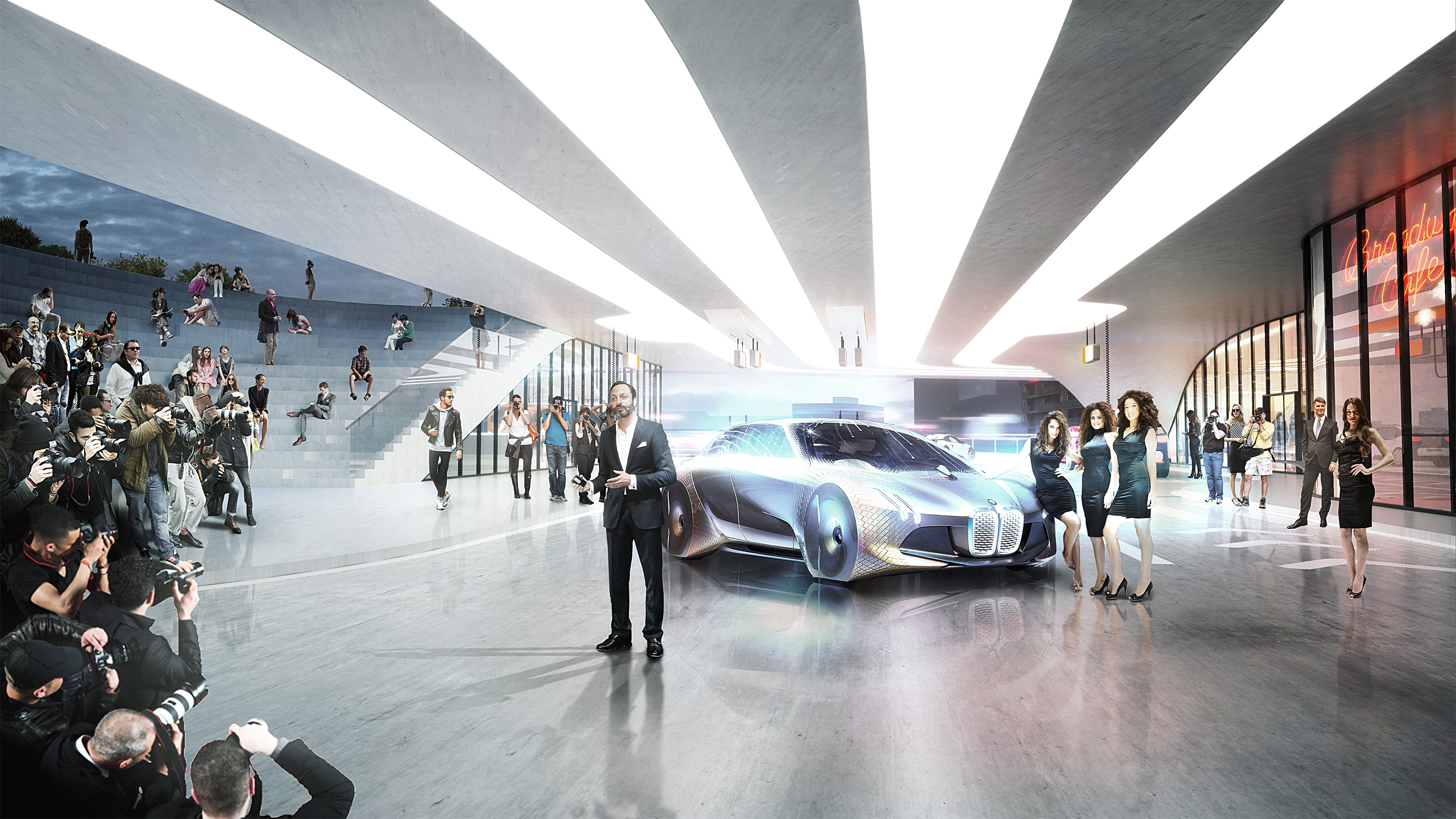 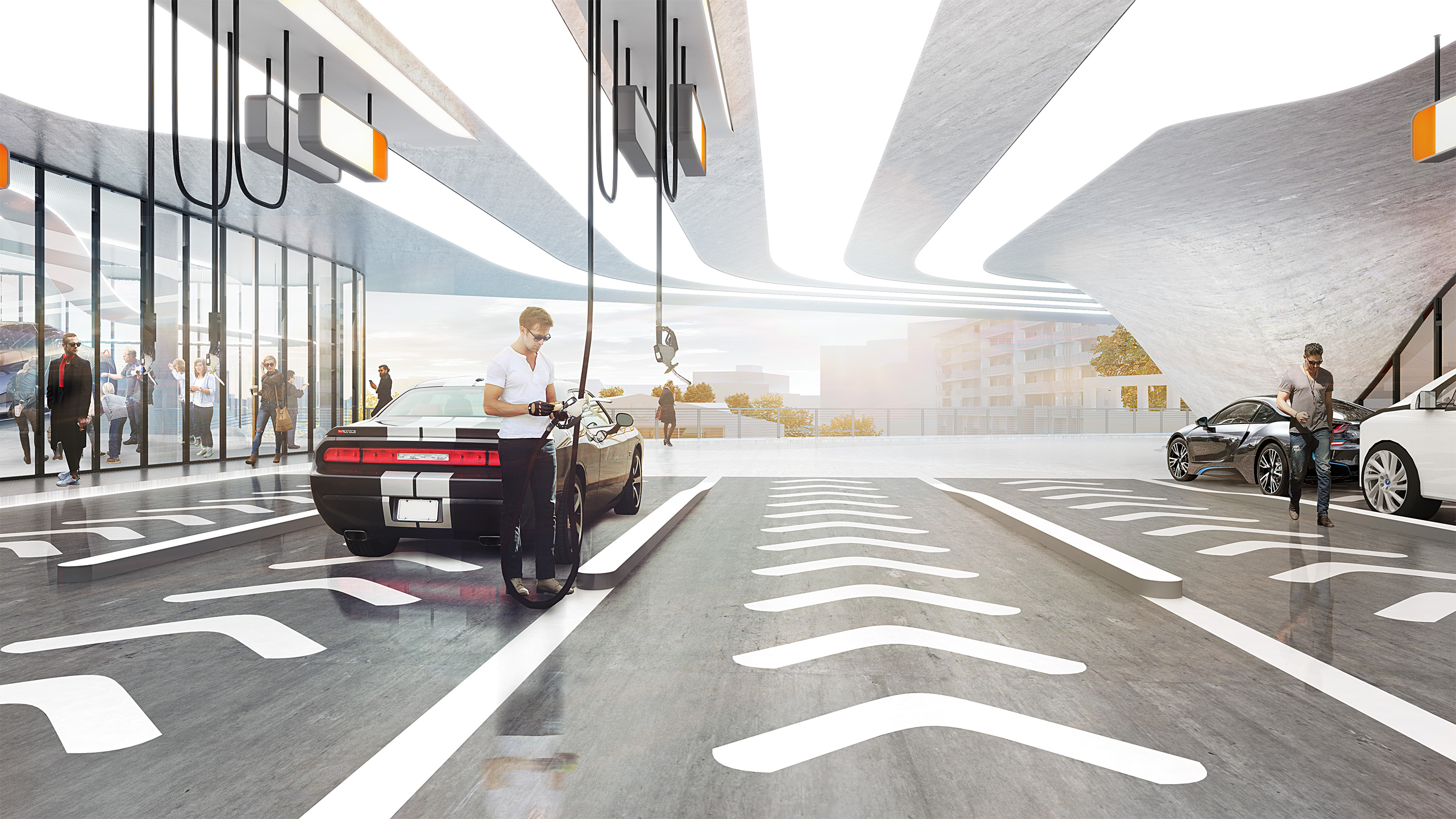 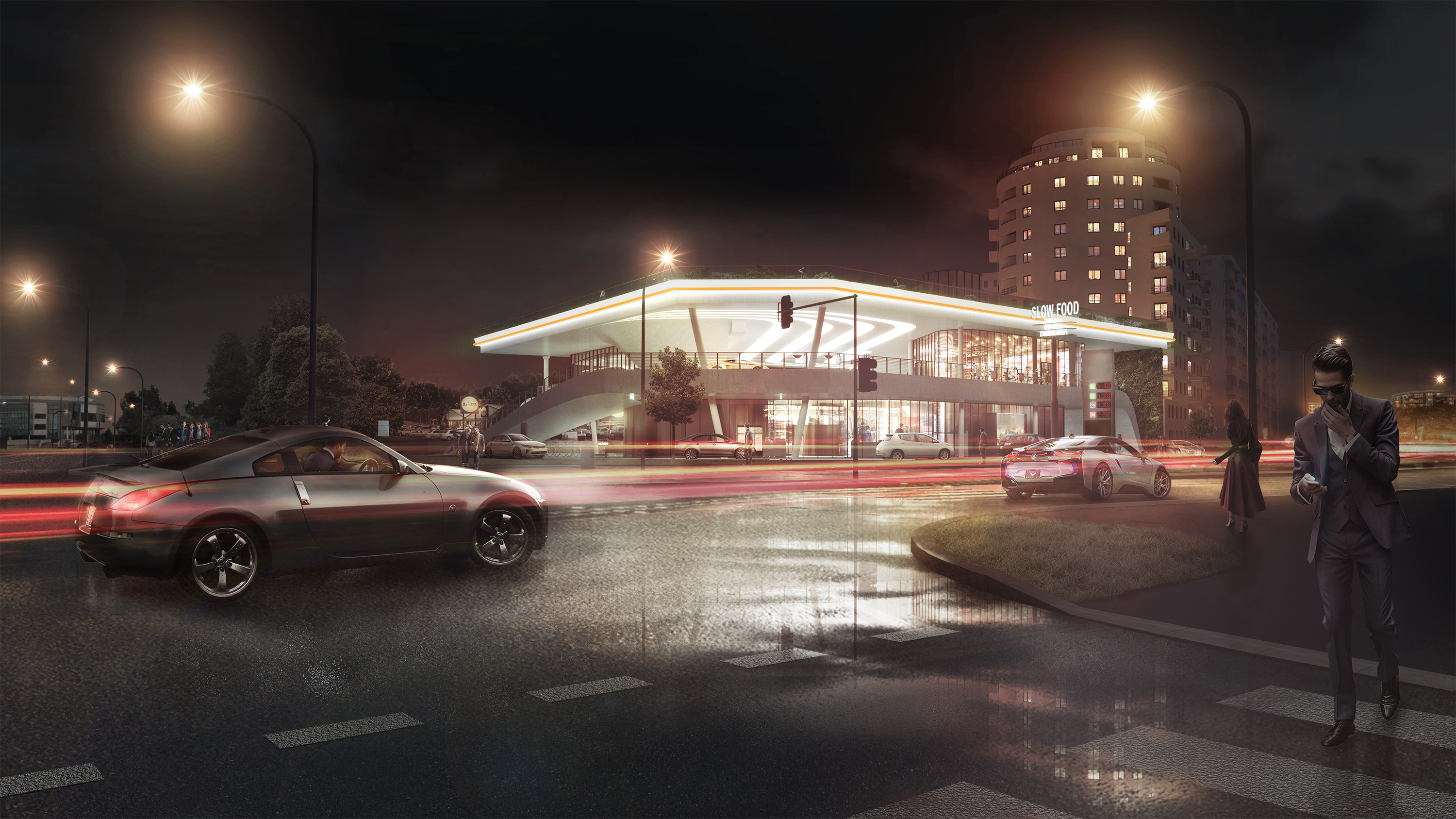 FLAGSHIP FILLING STATION OF THE FUTURE
A concept of a modern, environmental friendly green design of a service station adaptable for any future fuel and urban mobility scenario.

Winner of German Design Award 2018 for Architecture & Excellence in Communition Design
Nominated  for the Building of the Year 2016 Award on the World Architecture Festival WAF in Berlin
Exhibited in the La Biennale di Venezia – 15th International Architecture Exhibition in Venice,Italy in 2016

A two yeard study on the theme of gas stations and their design led to the creation of a summary of much needed improvements on the subject. As a result a modern structure was created wich would service delivering bigger comfort not only the drivers but also other users in a more efficient, pleasant and evironmental friendly manner. Green areas which normally are requested in city plans as safety buffer zones and surround these buildings as grass surfaces would be placed on the roof top.This would be a location for social interactions  and a place where you can relax when you wait for your electric car to be charged what still takes minimum 20 minutes in a station. It's generous areas would be at the same time used to harvest rain water which later would be distributed to the undergound level where it would be practically used in the car wash.
Additionally the entire scheme could be adapted to changing needs when electric cars would become more popular. In one week time the petroleum infrastructure could be replaced with an electric one, turning a gas-oriented facility into a charging station.