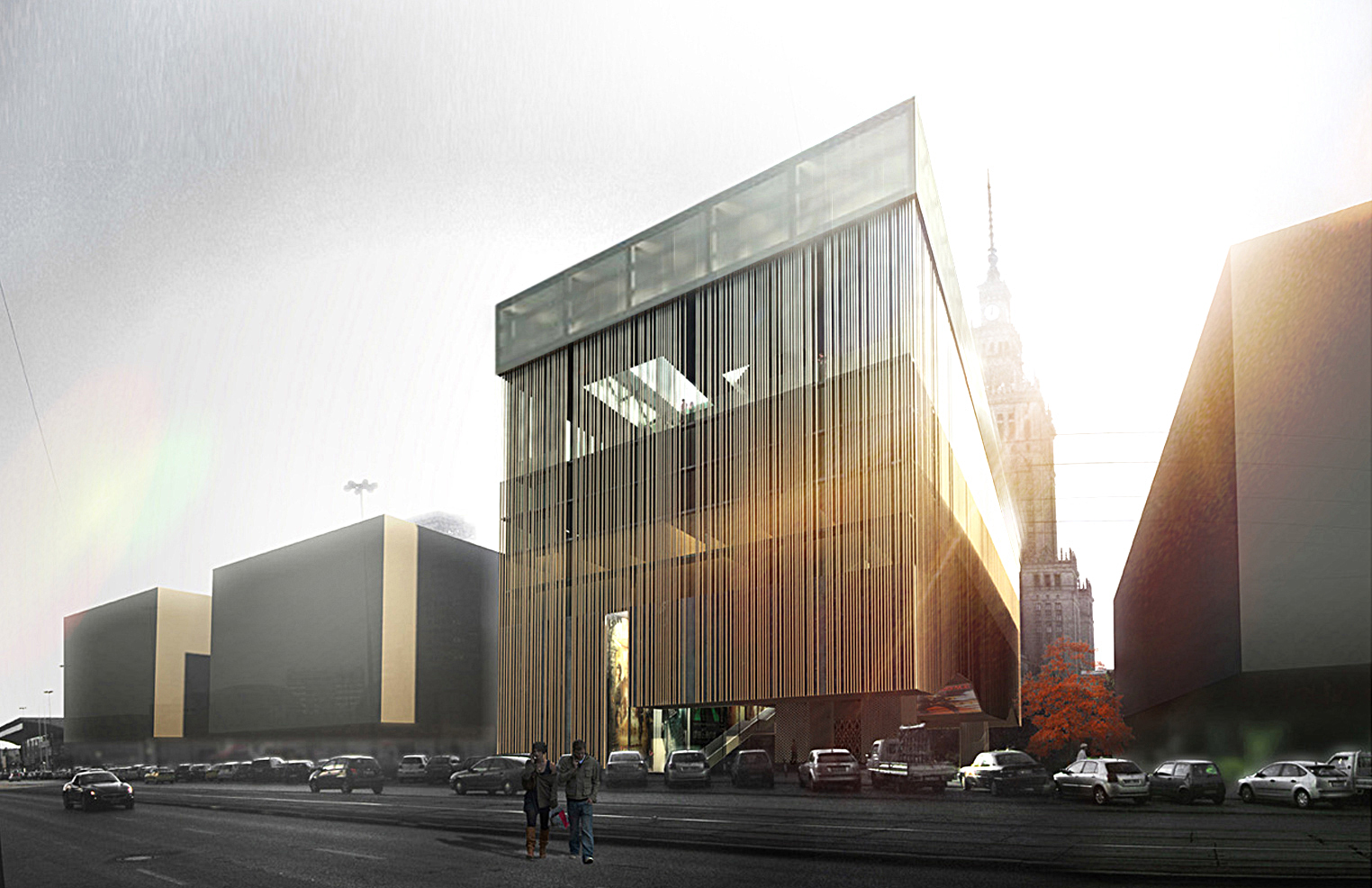 HANGING STACKED DESIGN
One of the biggest Media Consortiums in the country owns Tv stations, Websites and Cinema multiplexes.The company continues to grow and needs a new building wich would be it’s main headquarters.The concept focuses on using the solids and the facades as a showcase of different media branches from wich the company is made of.Stacking the buildings ancillary facilities liberates the groundfloor, allowing fantasy and reality to mix when and where desired in a public area with open air cinemas.The facade material consists of cables wich are part of the hanging structural system that allows to have large internal spans for big studios and halls.As a bi-product of the design they give the building a unique ,diverse in every facade look ,wich manifests a strong presence in the Warsaw City Center despite its relatively modest size.