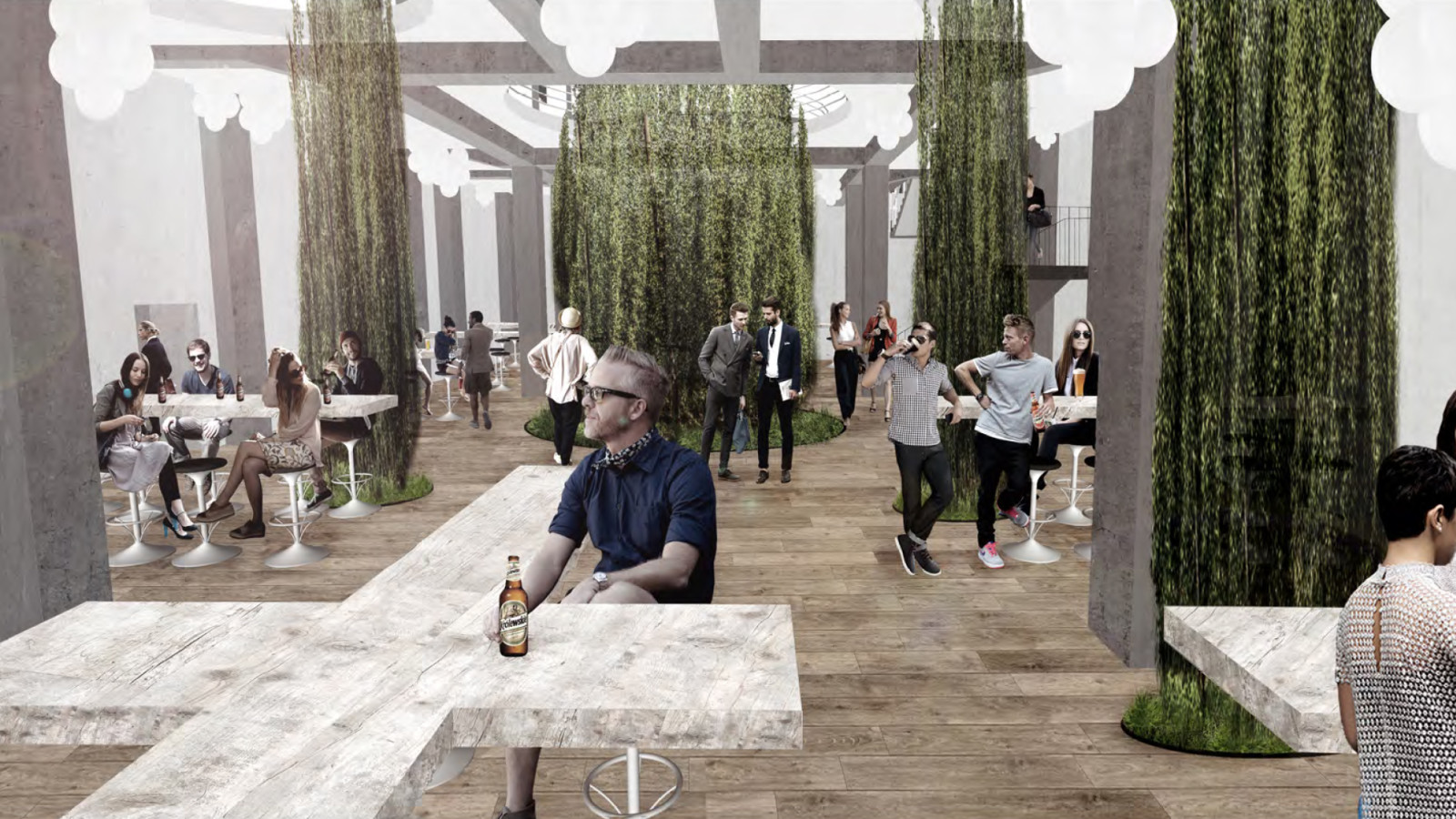 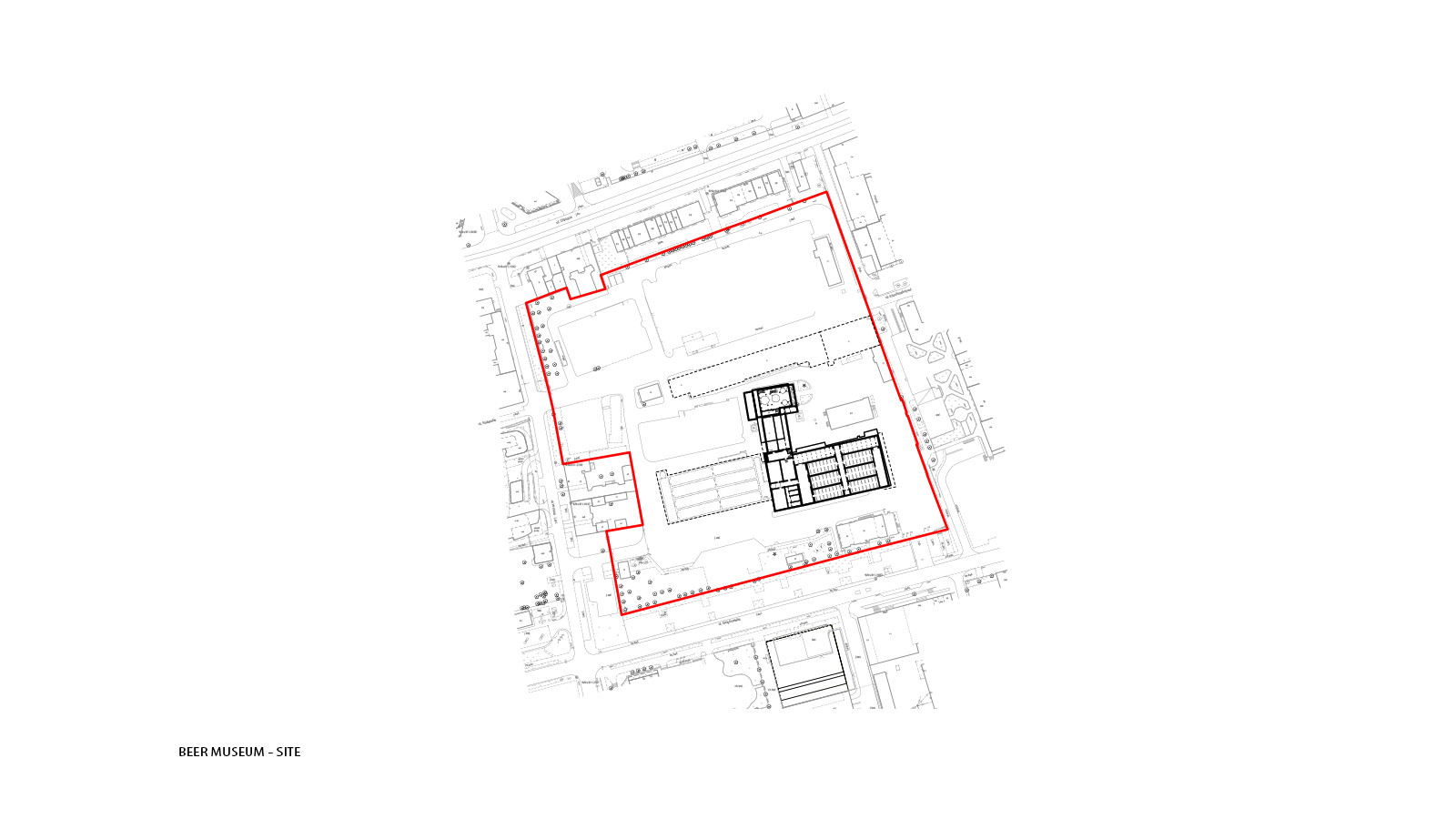 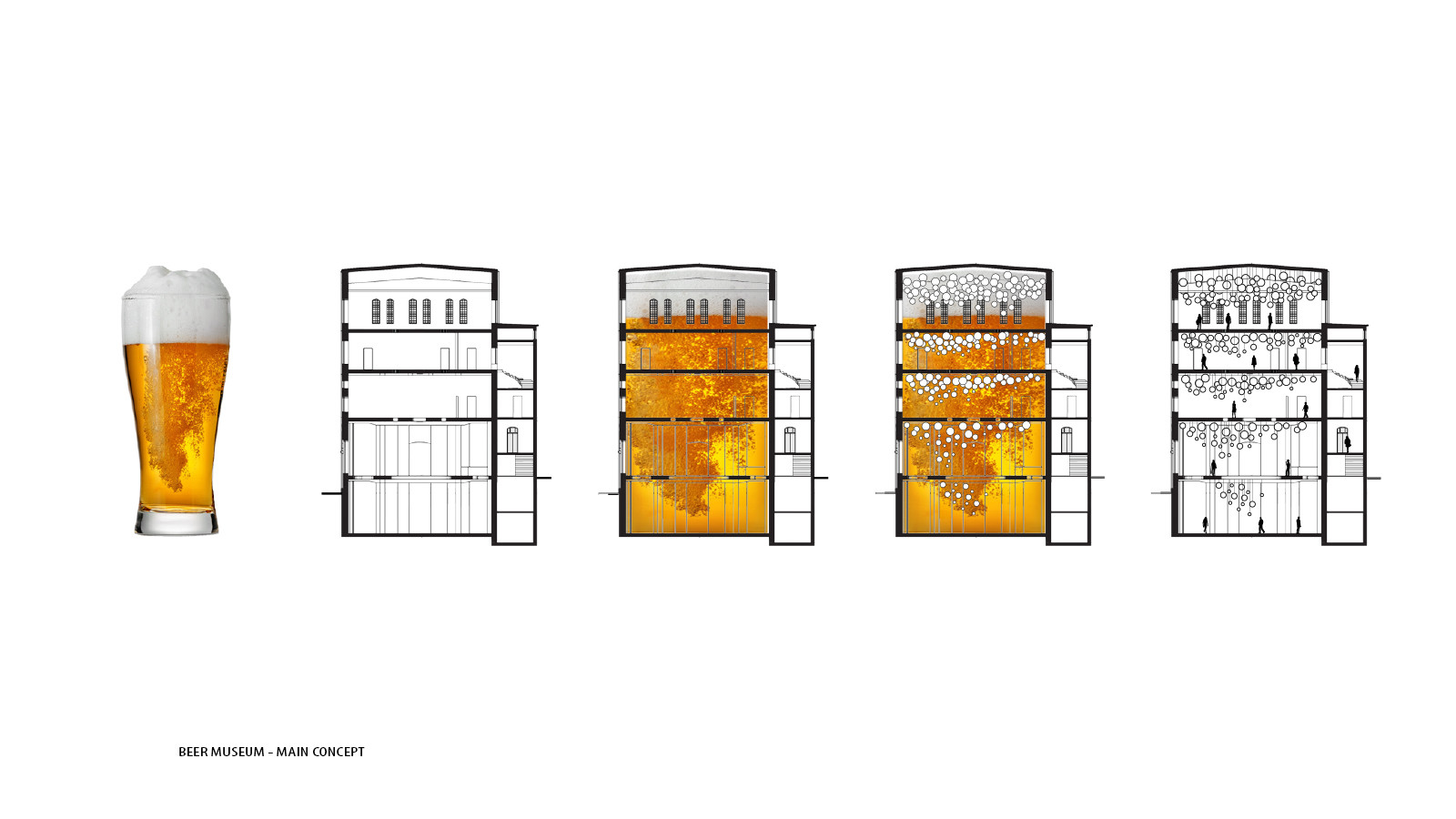 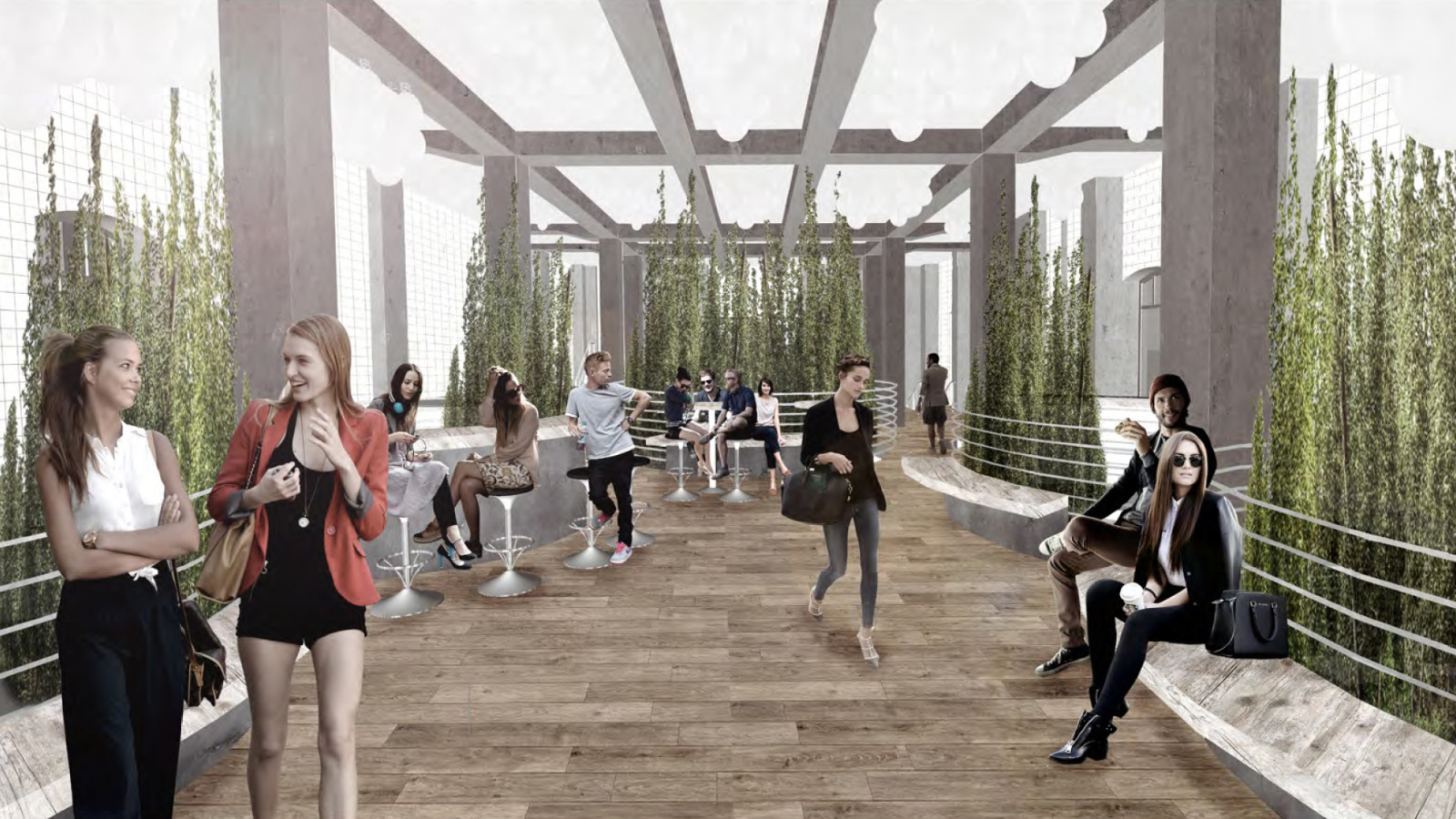 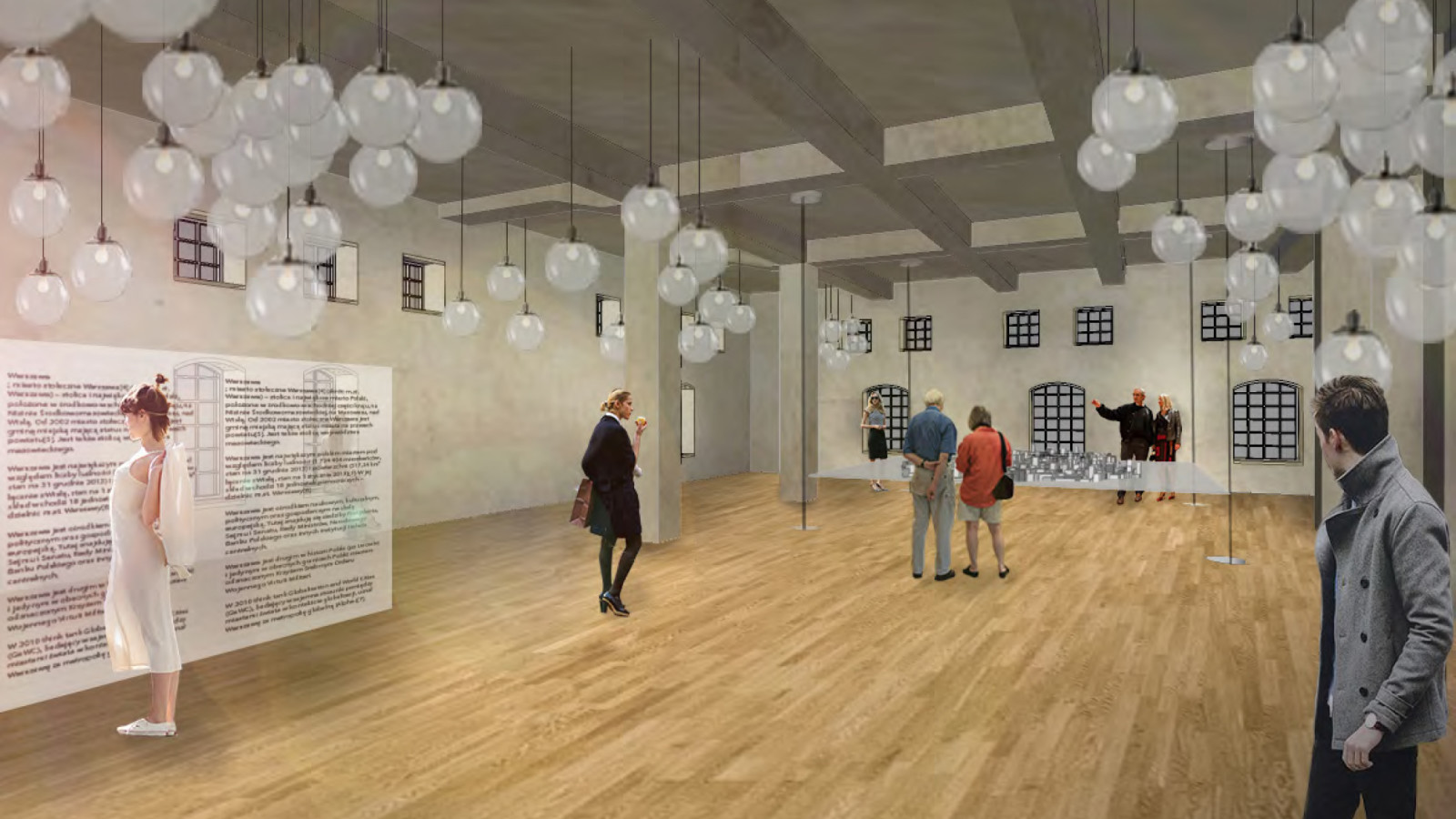 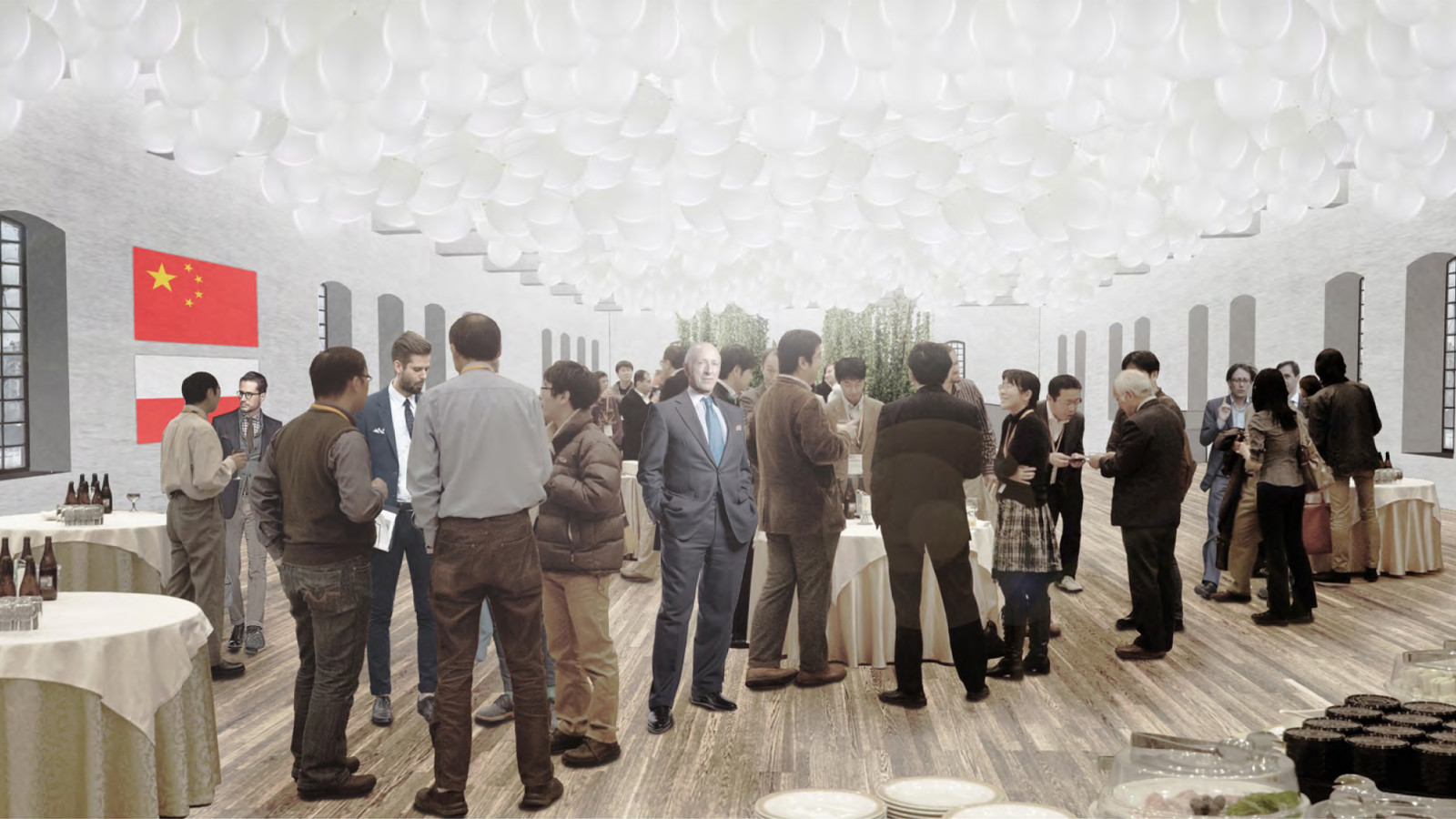 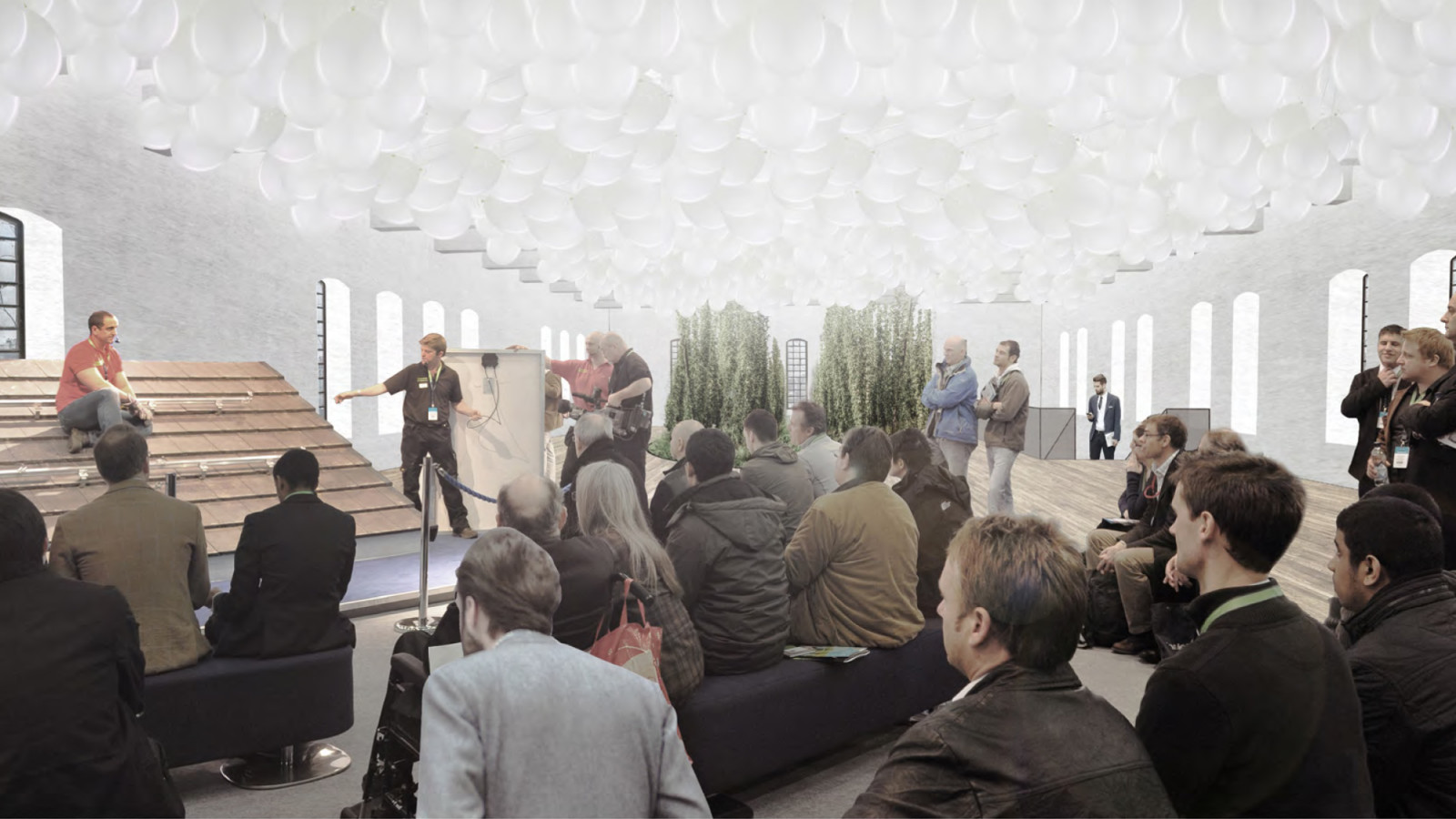 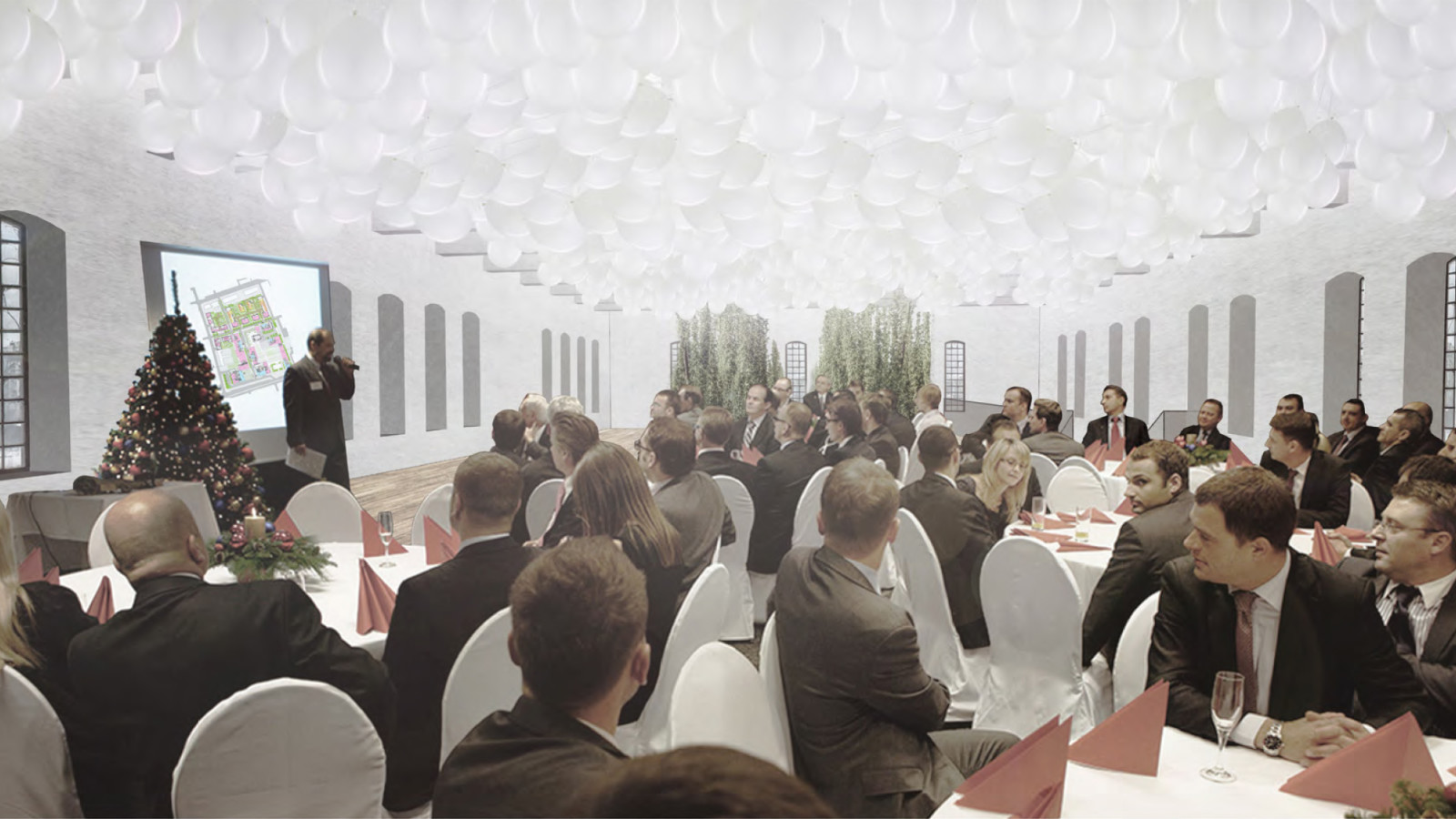 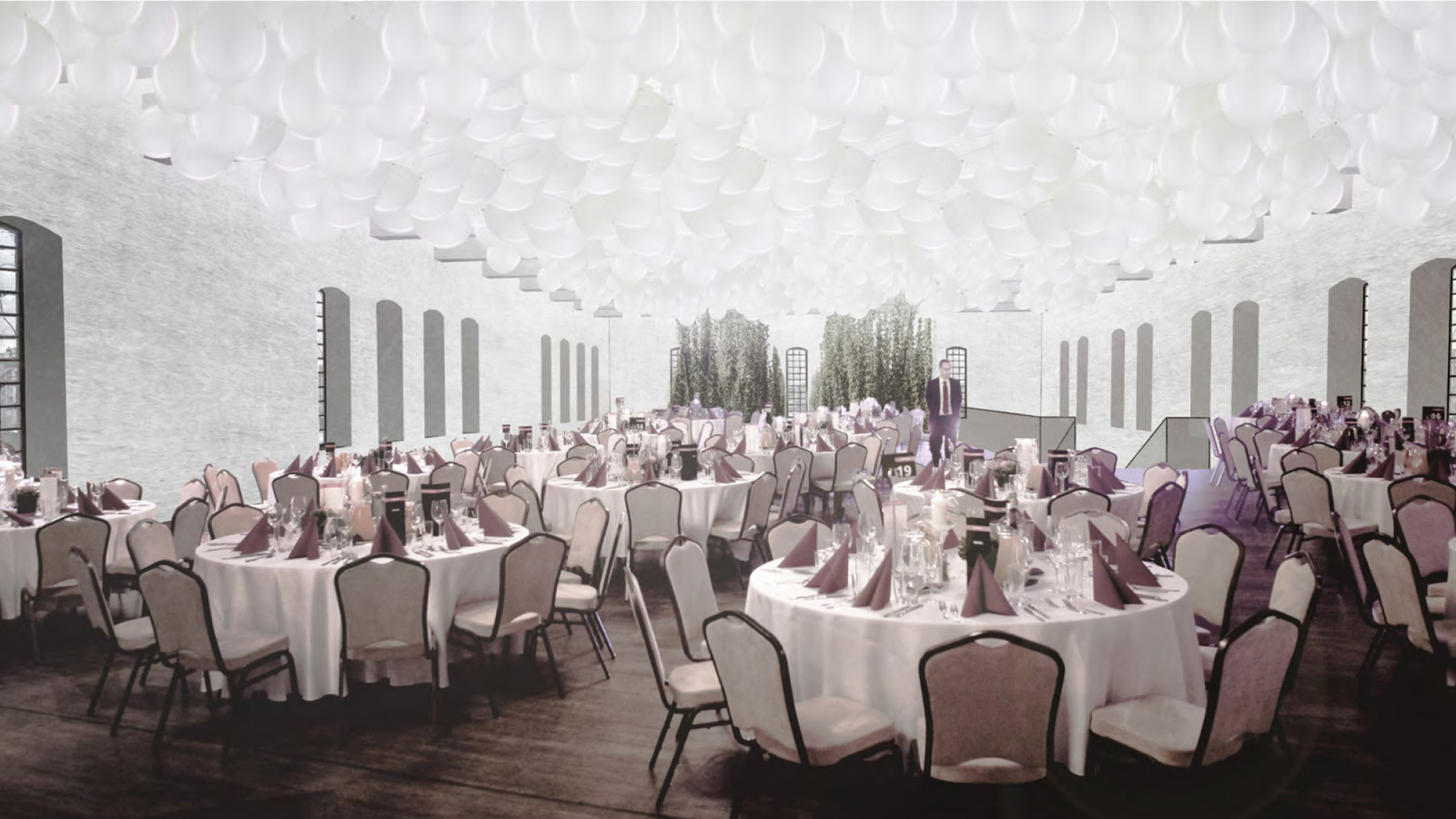 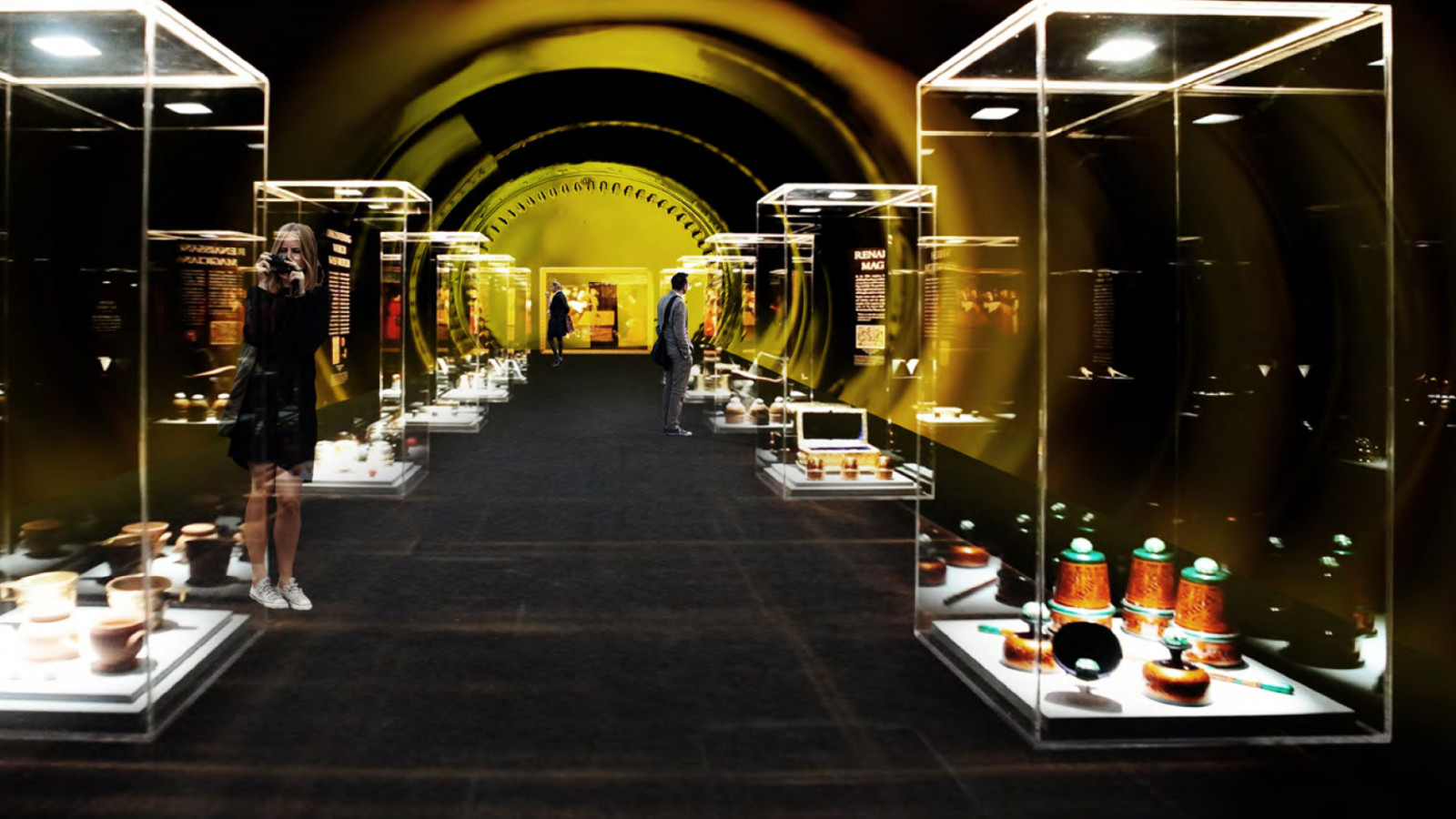 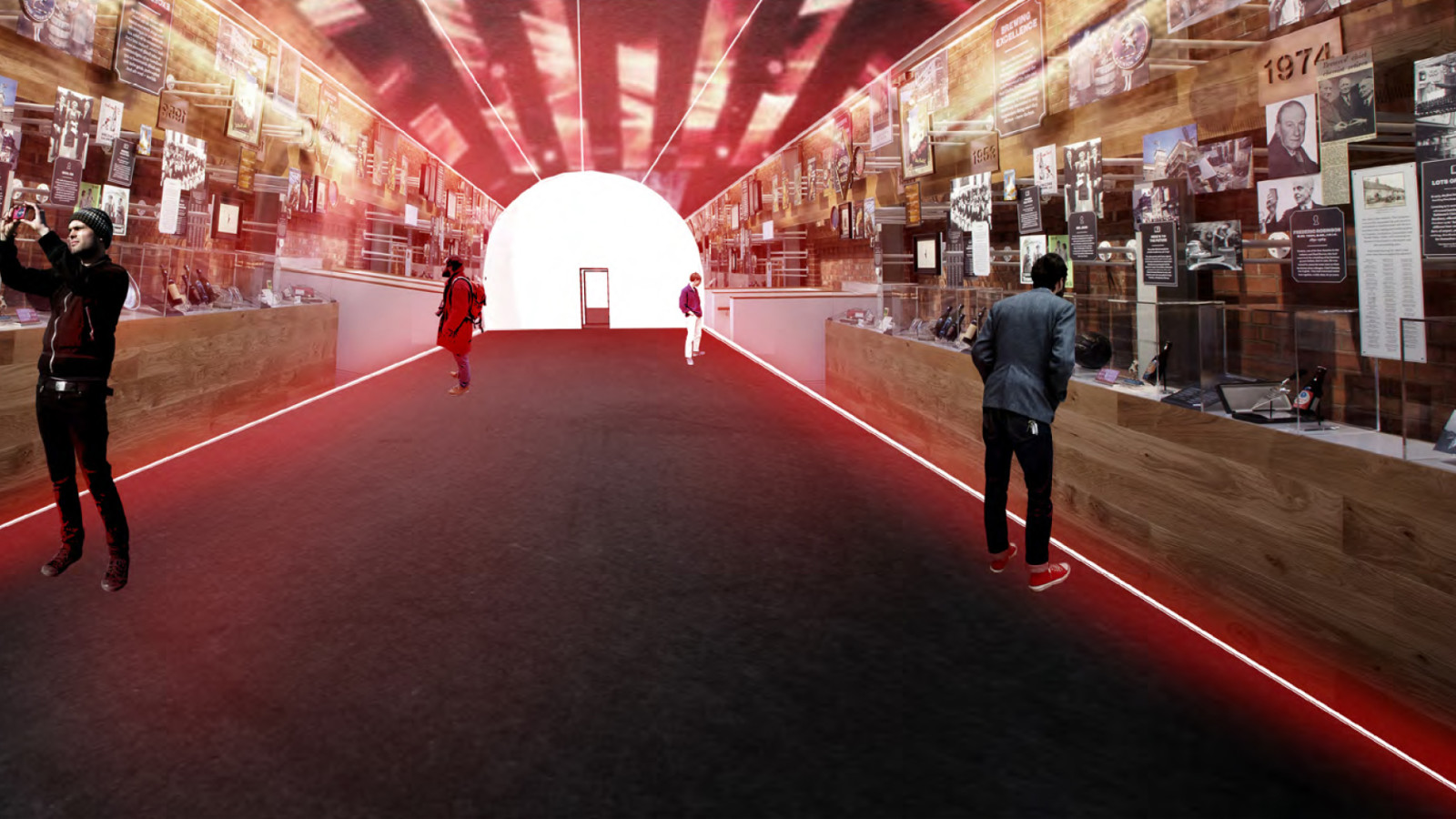 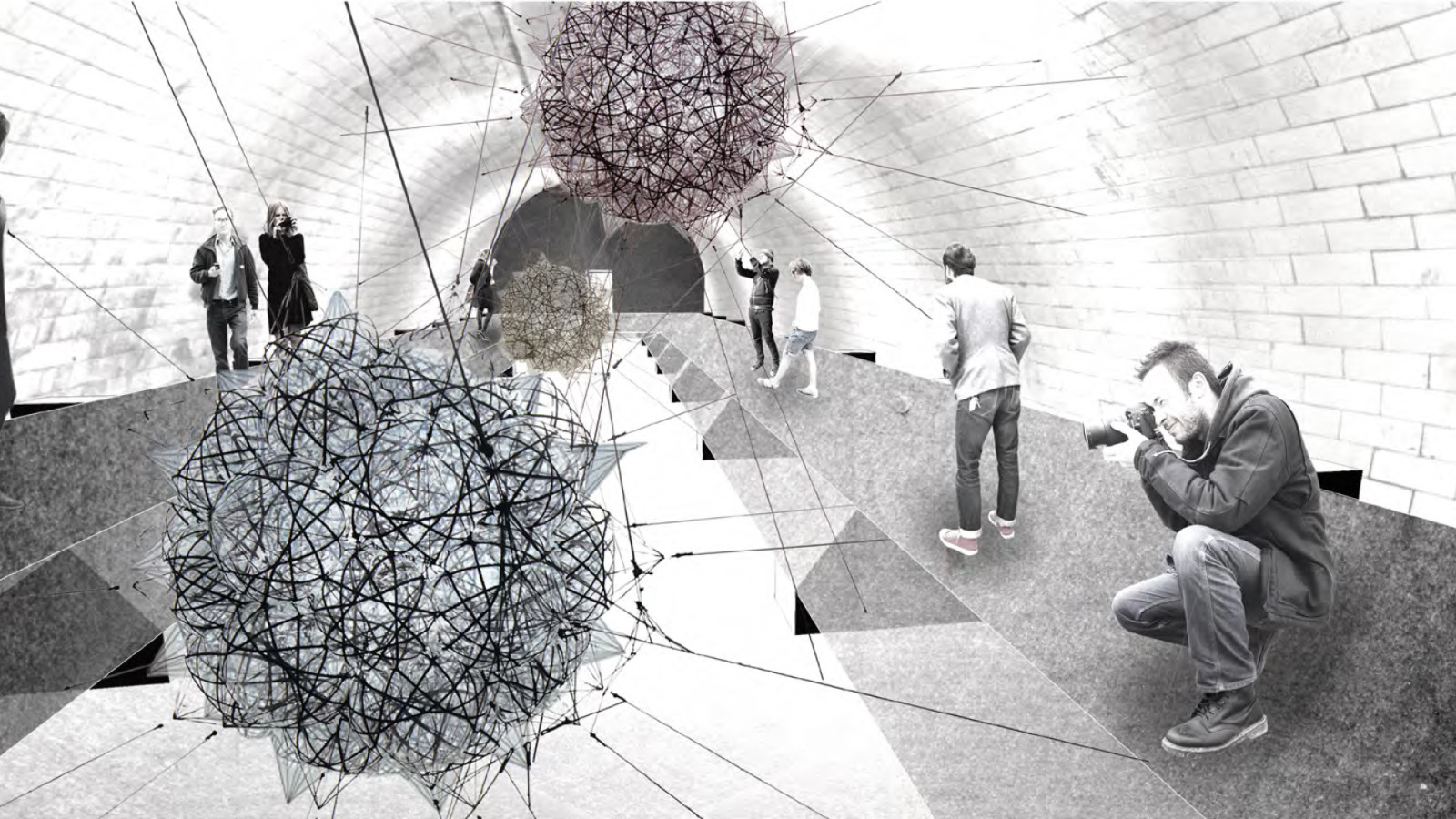 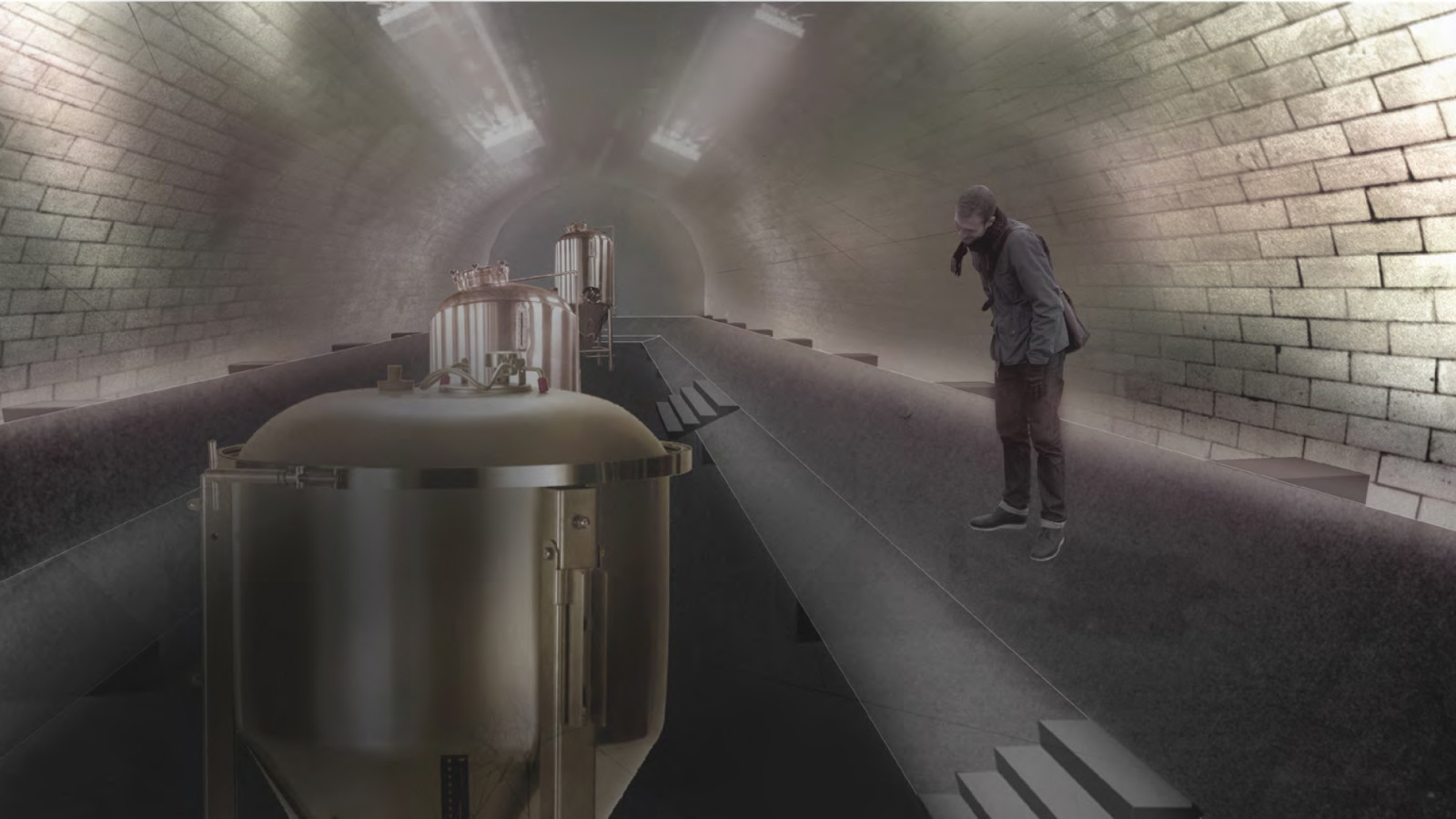 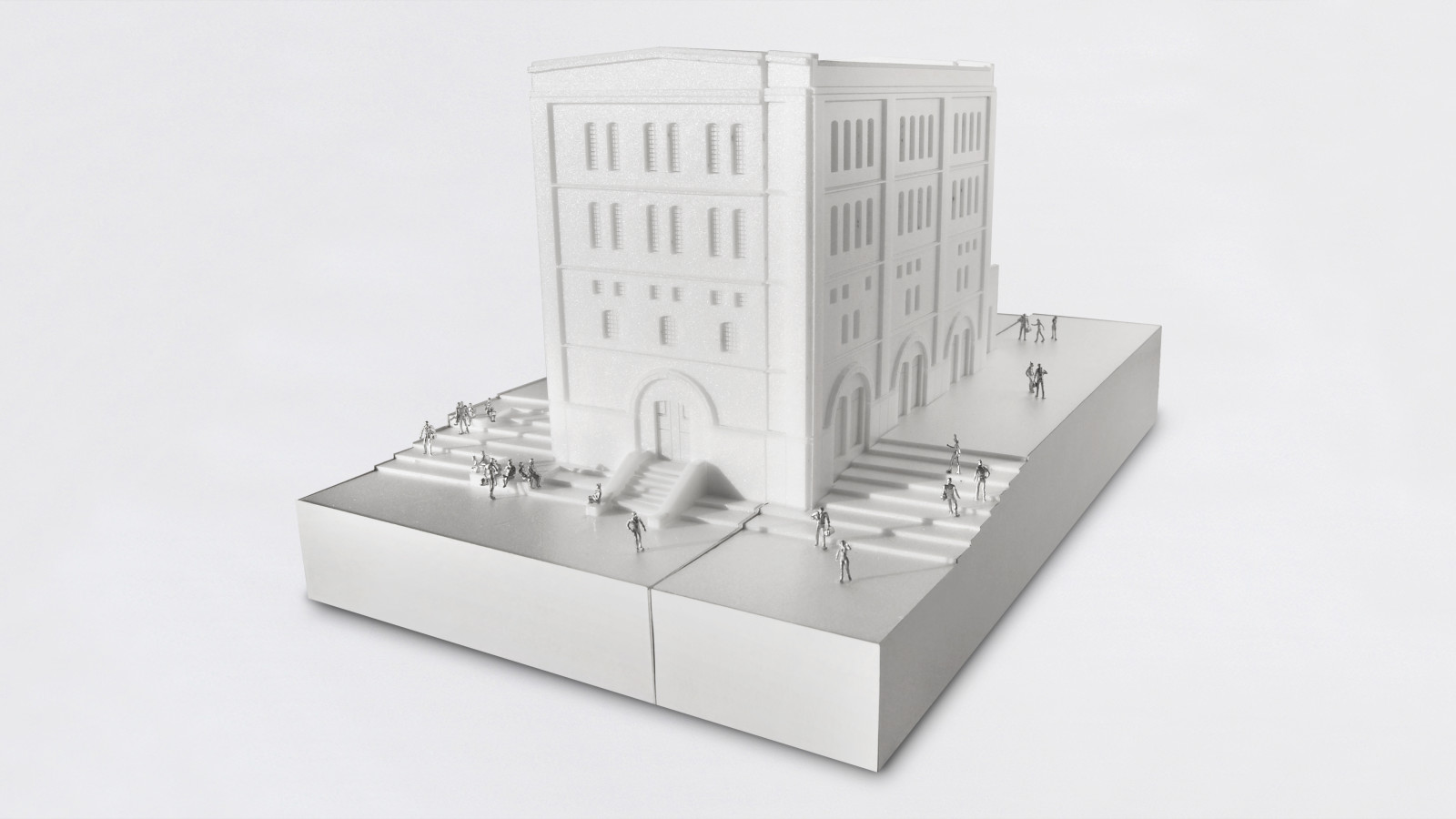 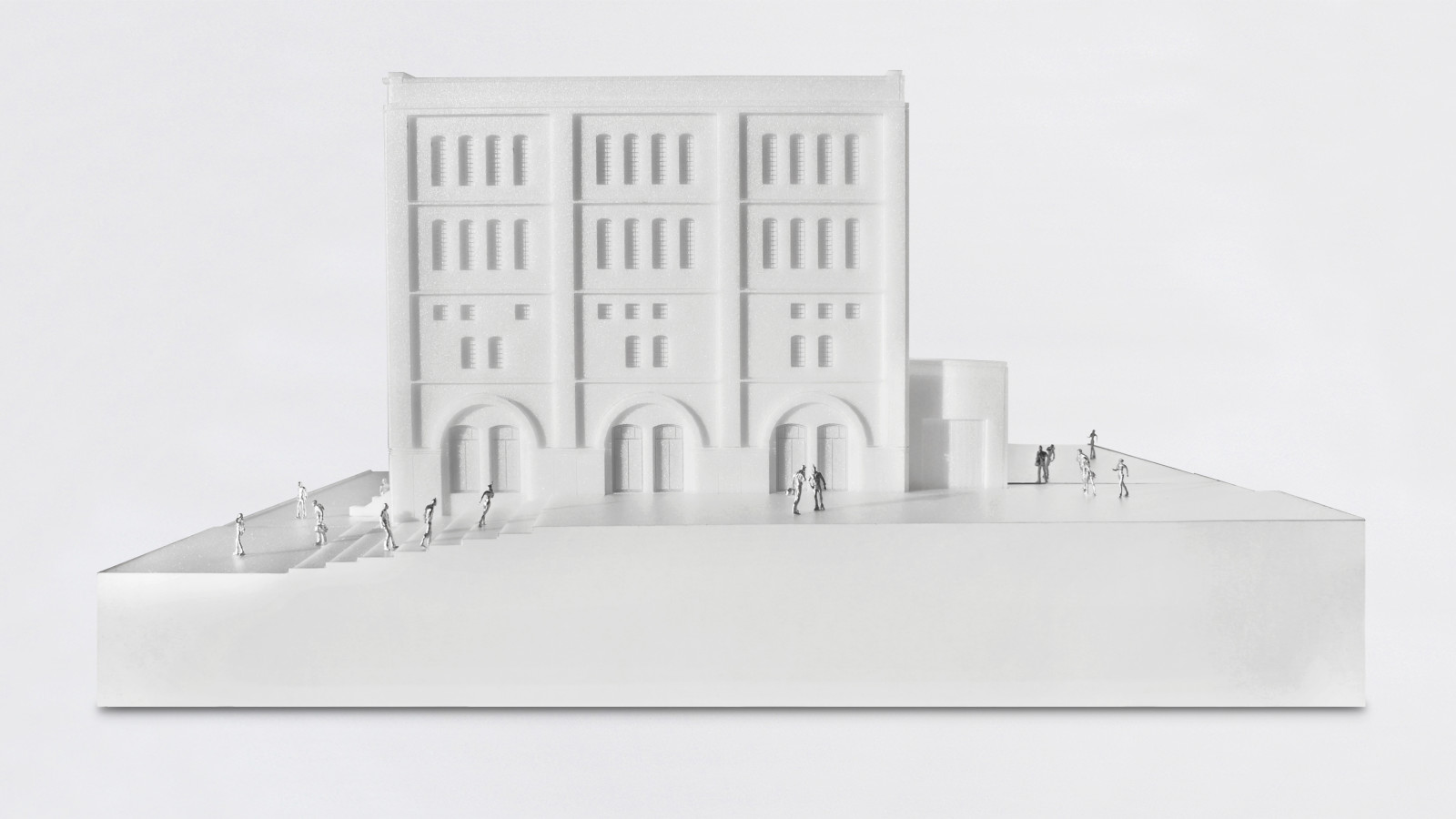 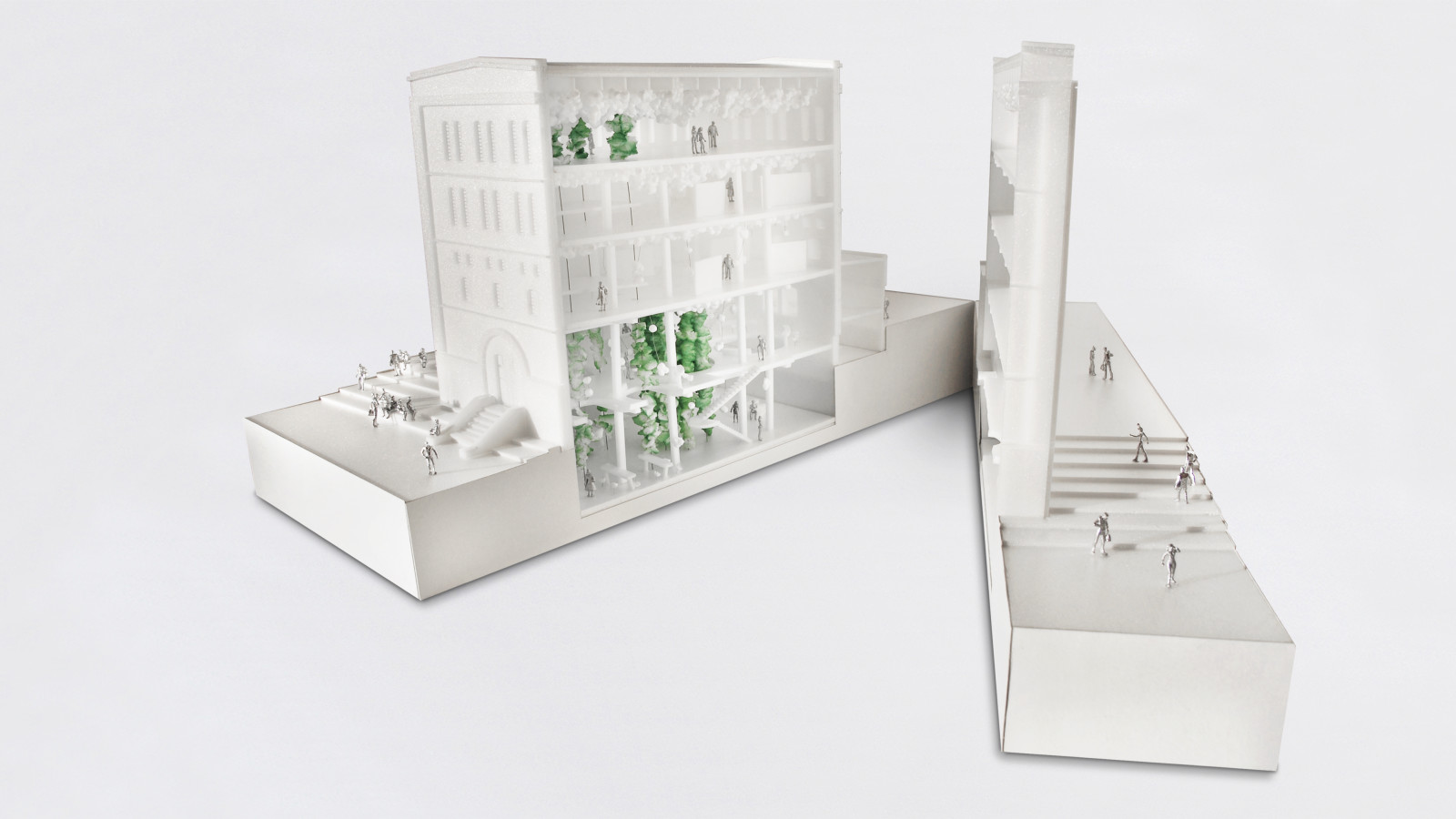 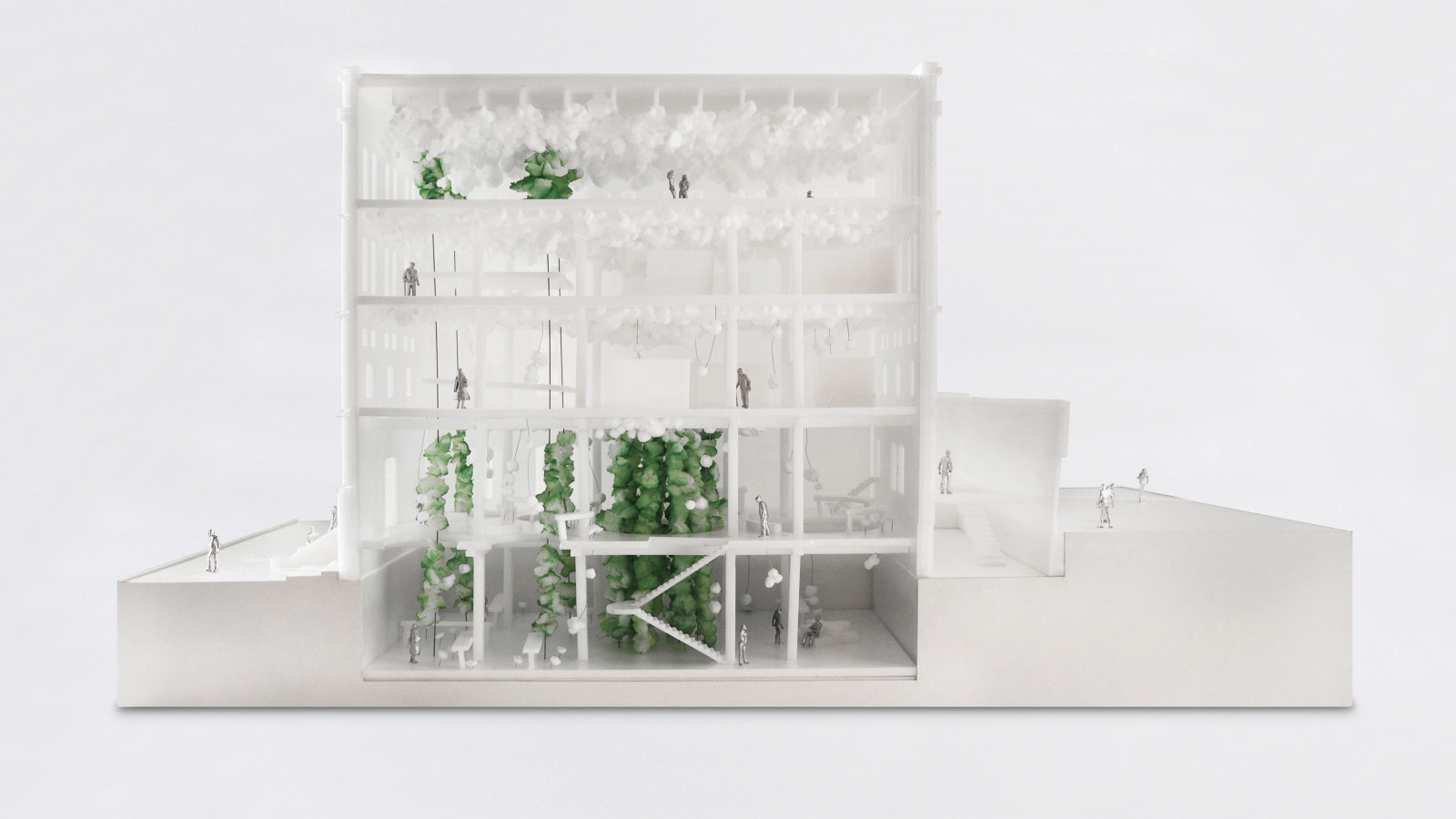 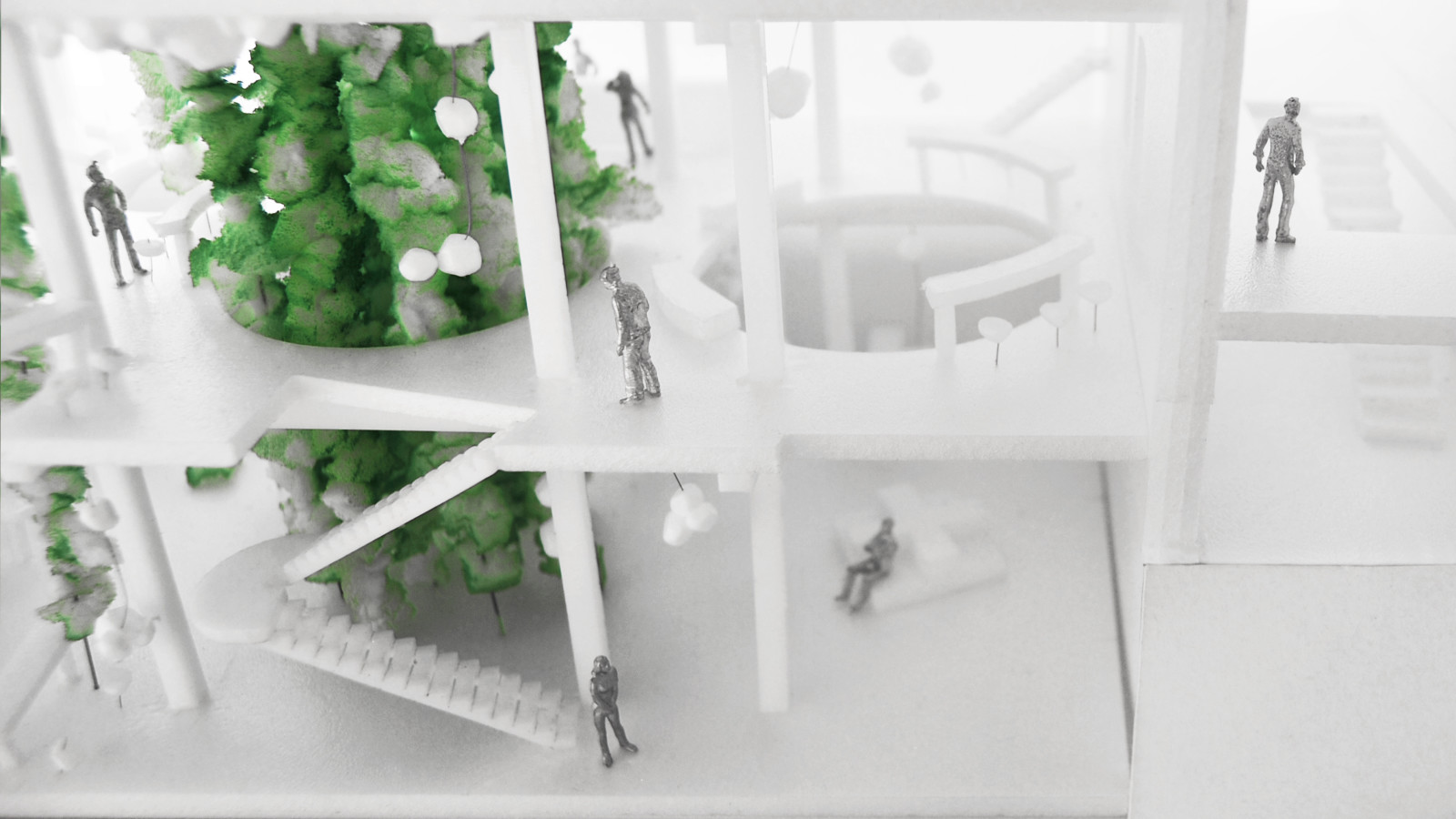 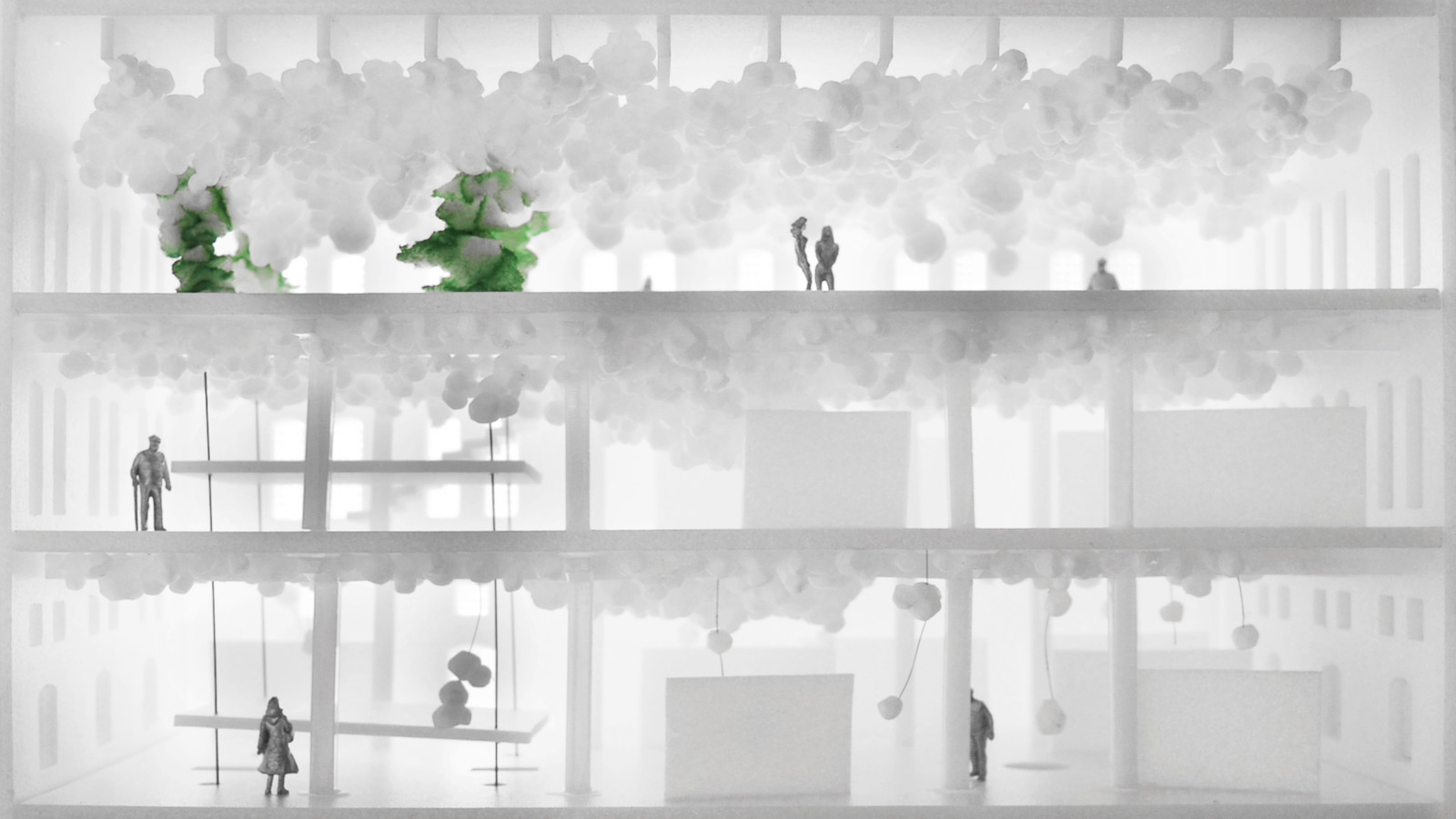 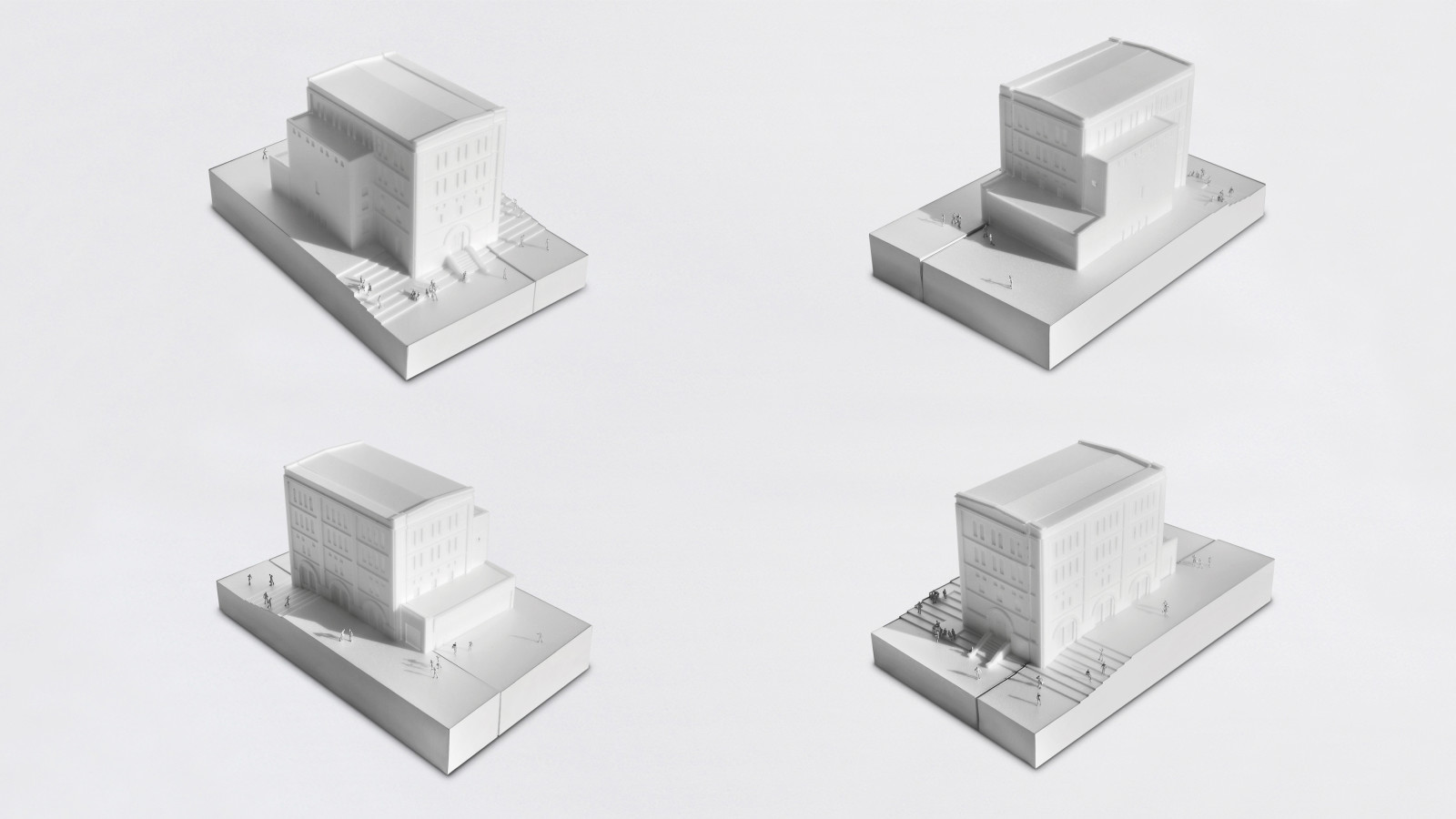 WARSAW BEER MUSEUM
Competition proposal of a beer museum for the post-industrial site of “Browary Warszawskie” – an old brewery in Warsaw,Poland

The Beer Museum is an added part of the program of the Old Brewery Masterplan Project in Warsaw.We have proposed keeping the existing factory buildings on site,refursbishing them and changing their function so that the entire facility would perform like a public attractor.On the groundfloor level a cafe open to the exterior plaza would be connected with a restaurant and a bar.Above exhibition areas would be positioned together with the branch of the Museum of Wola which would tell the story of this old site form the very start.On the column less top floor on the other hand a special place for big gatherings an events would be proposed which would guarantee almost a 360 view of the entire Masterplan area.

The old factory “Warzelnia” building design would be focused on beer and it’s previous production on site.Hop plants which are an essential ingredient in that process would be one of the main elements of the interior design.They would be stretched on steel cables along all floors,passing through circular holes on the slabs of every level which used to keep the big scale machinery.
The undeground level would be connected with an exhibition surface covering the entire basement area where beer production methods would be presented to visitors.