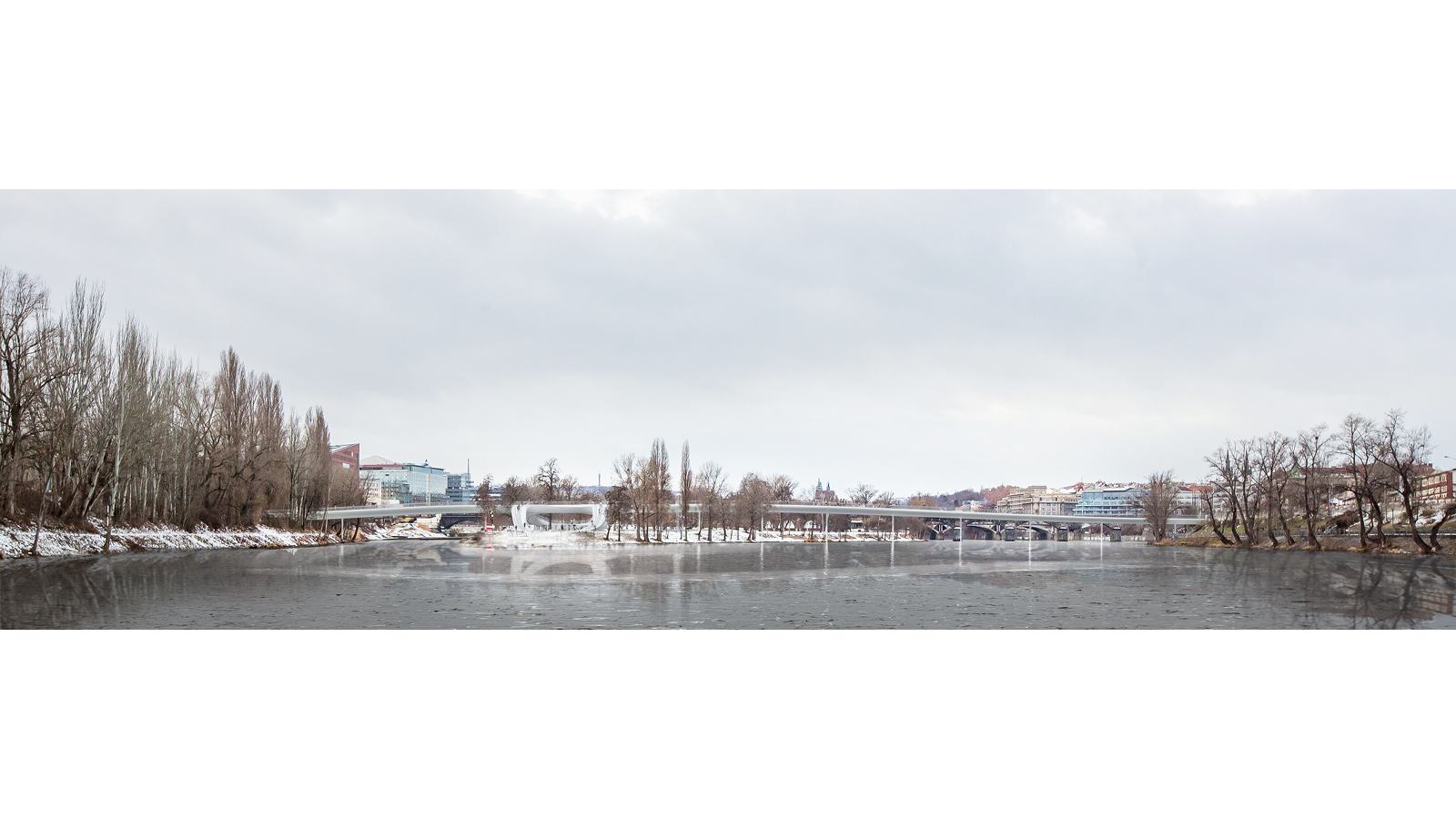 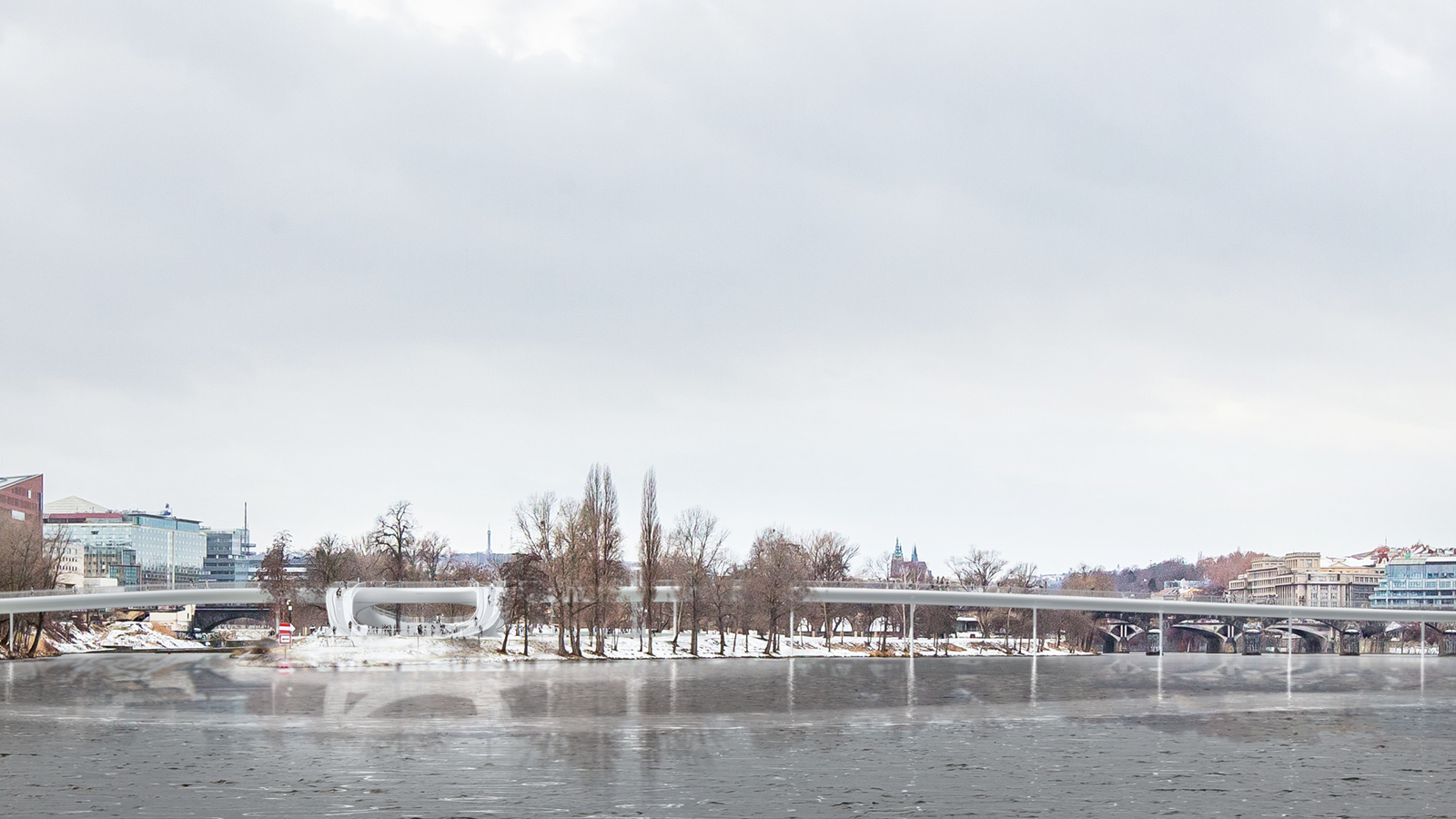 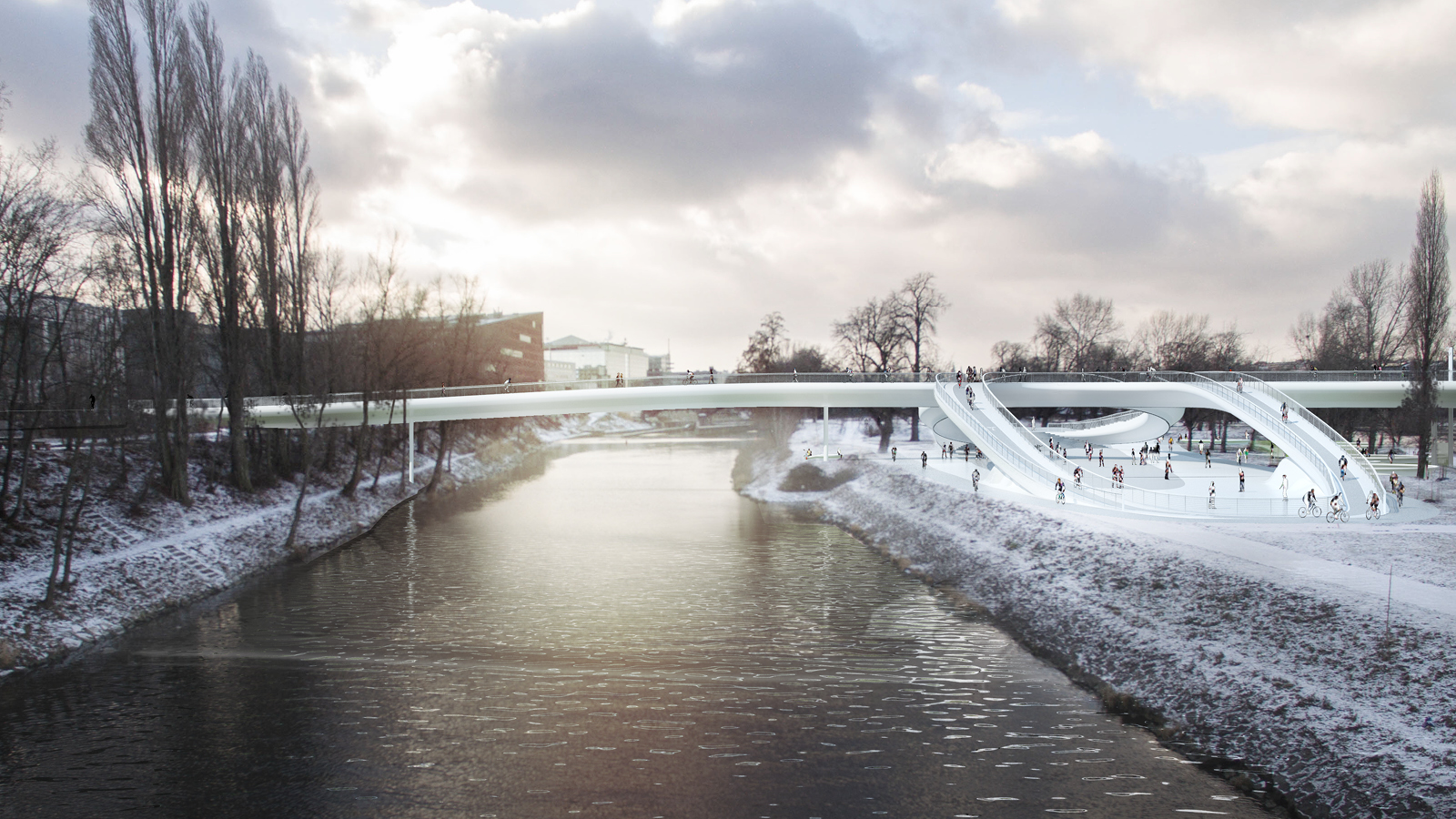 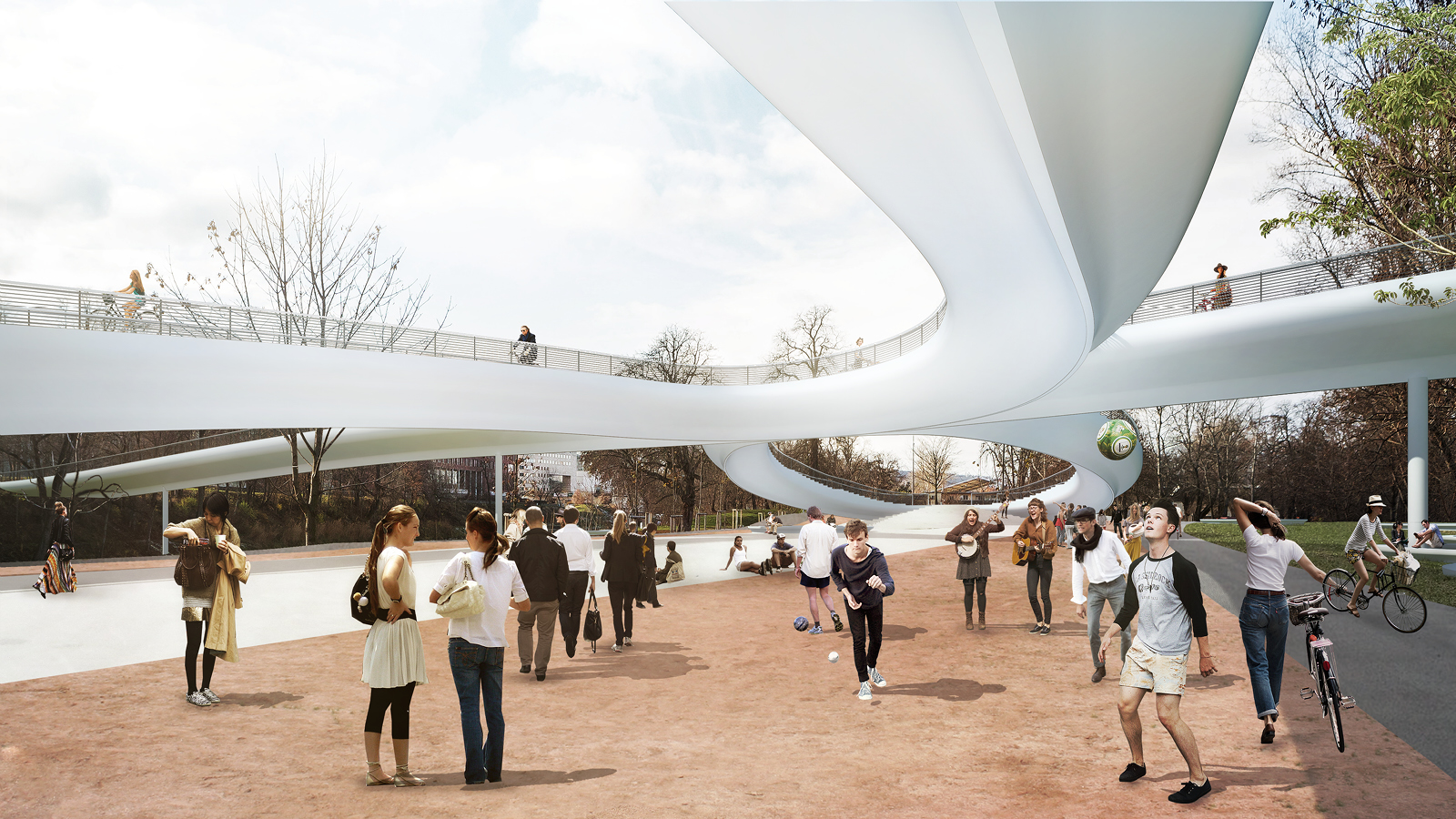 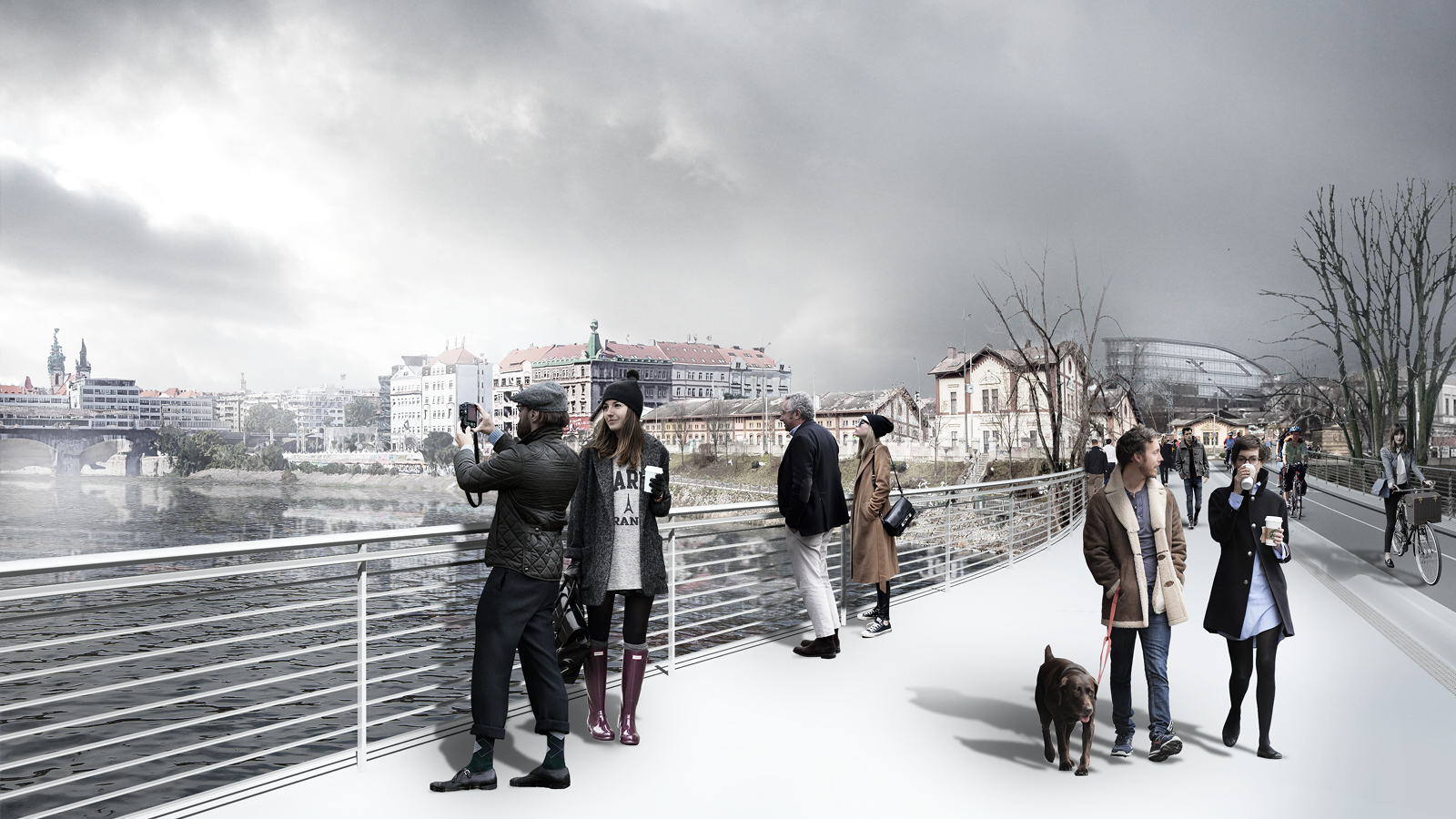 The new footbridge could be not just only a pedestrian connection between three districts with newly refurbished areas.It could perform as a catalyst for solutions in the entire city, making Prague the latest addition to the group of the most bicycle-friendly cities in the World and creating a culture that encourages biking. As pedestrian-cyclist conflicts start to be a big issue in the paved streets in this city, with cyclists that can’t pedal at a constant speed, dealing with stairways and frequent red lights the new connection could be a starting point to improve the conditions for both types of commuters. The simple yet elegant design of the footbridge would touch the surface area of the island as little as possible thanks to it’s steel structural concept which minimizes the use of normal vertical pillars. This allows to free a lot of ground floor space for activities and prevent from creating possible barriers during high water levels.
With biking as the most popular and accessible type of sport there is no need to have additional activities positioned on the bridge. A modern high speed bike track could provide not only a new city attraction but a distinctive functional feature as well. In the congested especially during tourist season Prague, the new bike skyway could make commuting more pleasant.