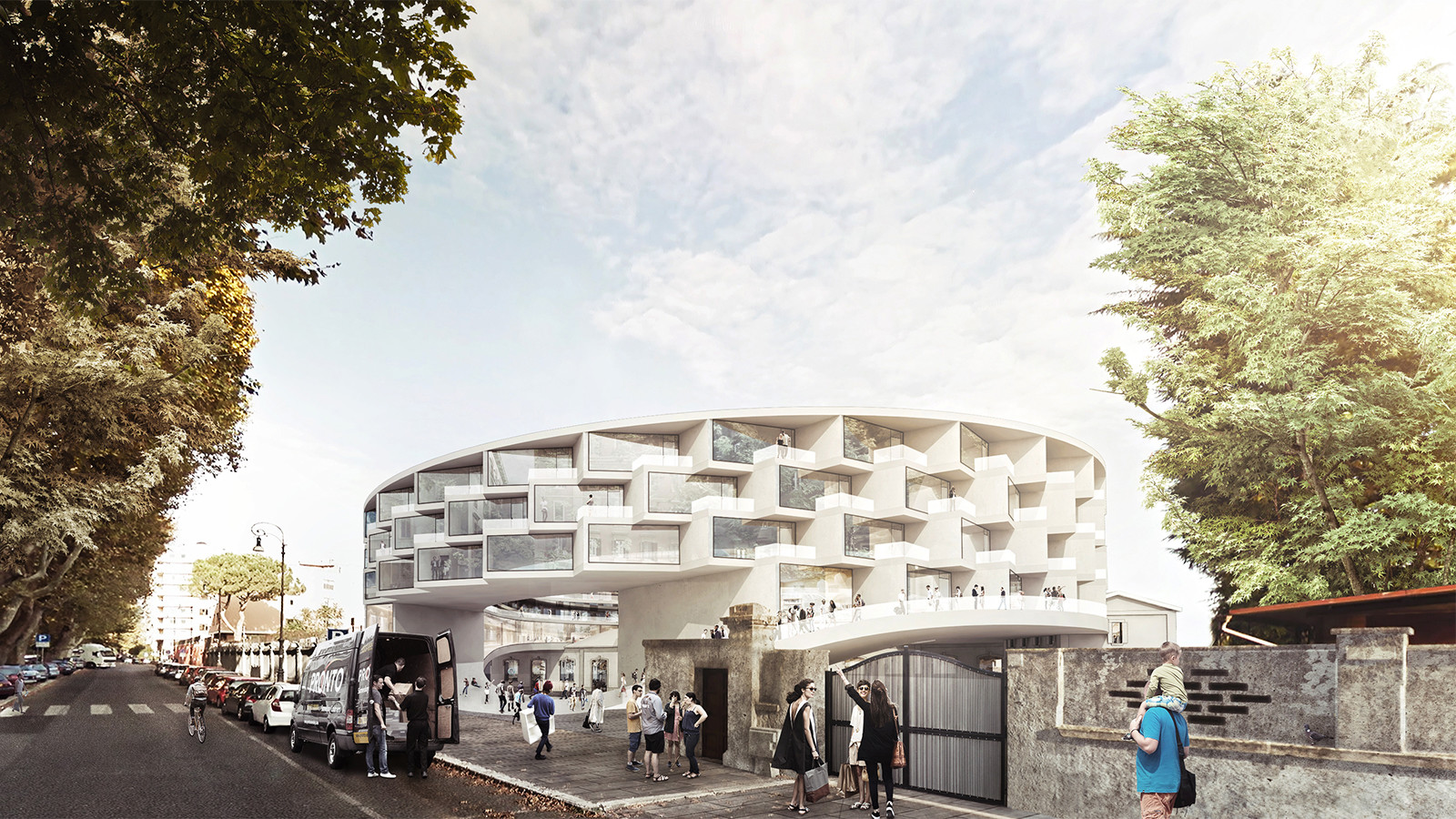 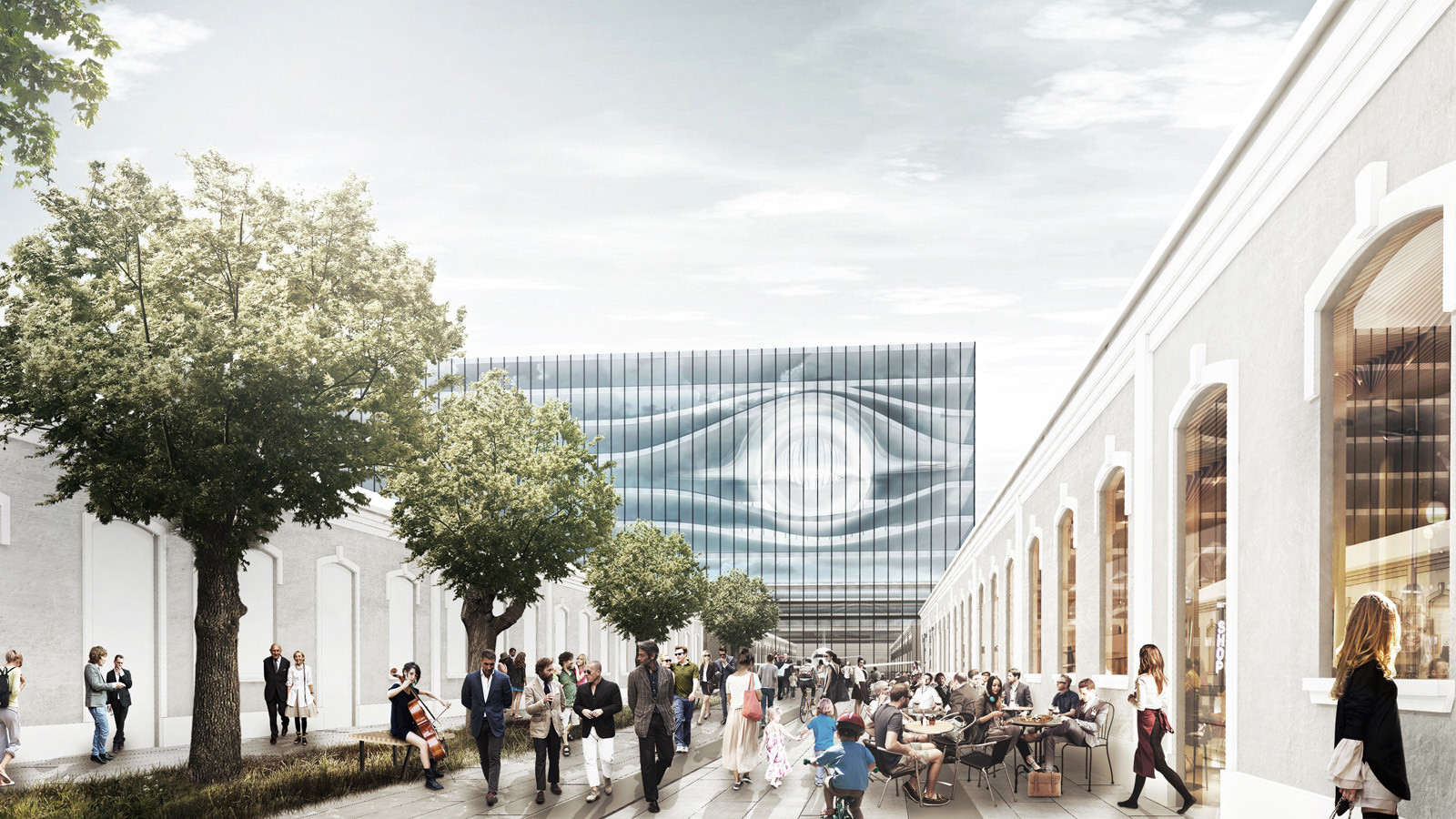 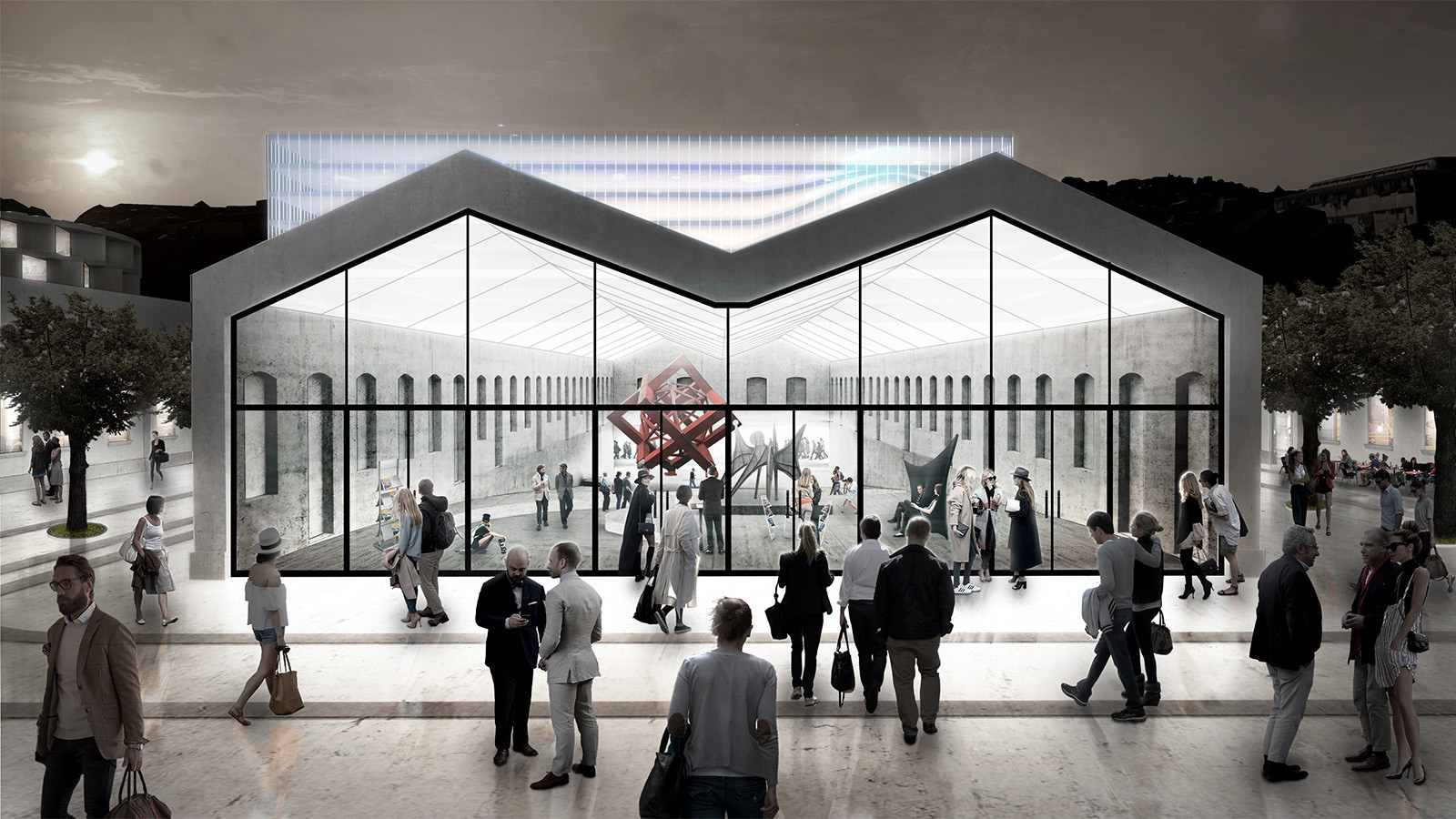 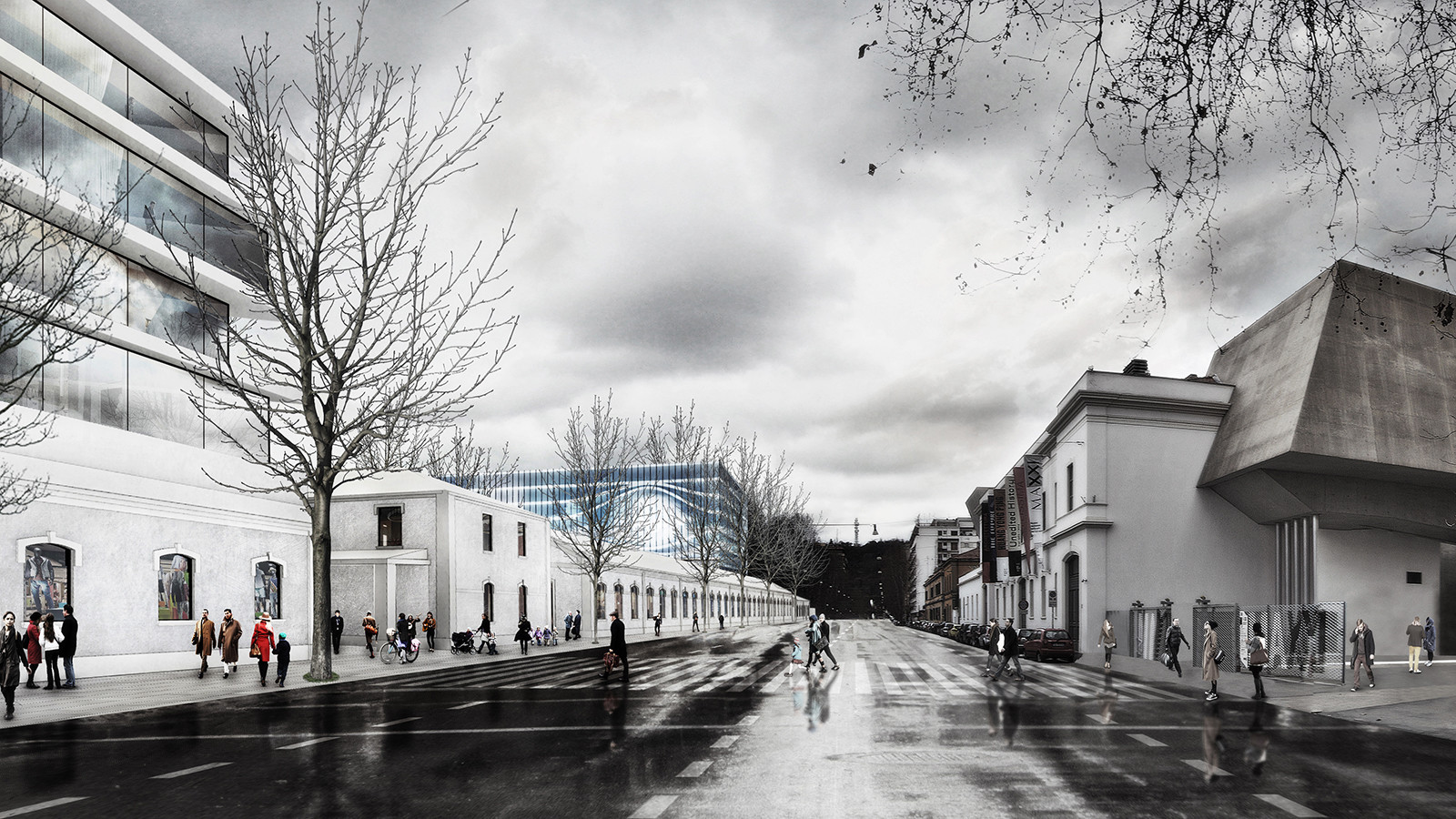 CITY OF SCIENCE
Masterplan of Flaminio District in Rome,Italy with a learning center, offices and housing

As part of one of the recent initiatives to address the disparity between the city center of Rome and it’s outskirts,a group of former military industrial warehouses would be transformed into a live science and community hub with mixed-use program that would shape and consolidate the new Flaminio district.
The proposed plan would at the same time create a minimal impact on the site and provide all necessary program elements by shifting and relocating them.This would would enhance the potential to play an important role in the revitalization of the area giving the possibility to fully it integrate into the landscape as part of the post-industrial area and take full advantage of surrounding views.
The project is a comprehensive proposal of a science park and a district of housing and public spaces. Rather then just a group of refurbished buildings it is a sequence of informal and formal meeting places connected with a continuous people flow wich would form a new vital centre for communicating and sharing ideas.
Referencing the street grids of the surrounding state-of-the-art Maxxi Museum the masterplan proposal would stitch together the urban fabric.
In order to improve the functionality of the designed area changes would be proposed to the urban planning variation approved by Rome City Council on 6-7.8.2014.The Science Center would be relocated to the western part of the plot and partially would operate on undeground levels wich would facilitate the coexistence between different parts of the program.
Logistically public areas for large crowds would be oriented towards the internal western street wich services the undergound parking floors while private areas such as apartment blocks and social housing would be located facing existing living areas.
In between them,functions serving visitors and the local community,complete with retail and leisure facilities would be positioned.
The main square wich is the central point of the masterplan would have a direct access to the Science Center through a hall located in one of the refurbished historic buildings creating a spectacular entry ambient.By using excavation with undeground levels where groundworks are possible a separation of private/public and exhibition/research educational activities is achived.