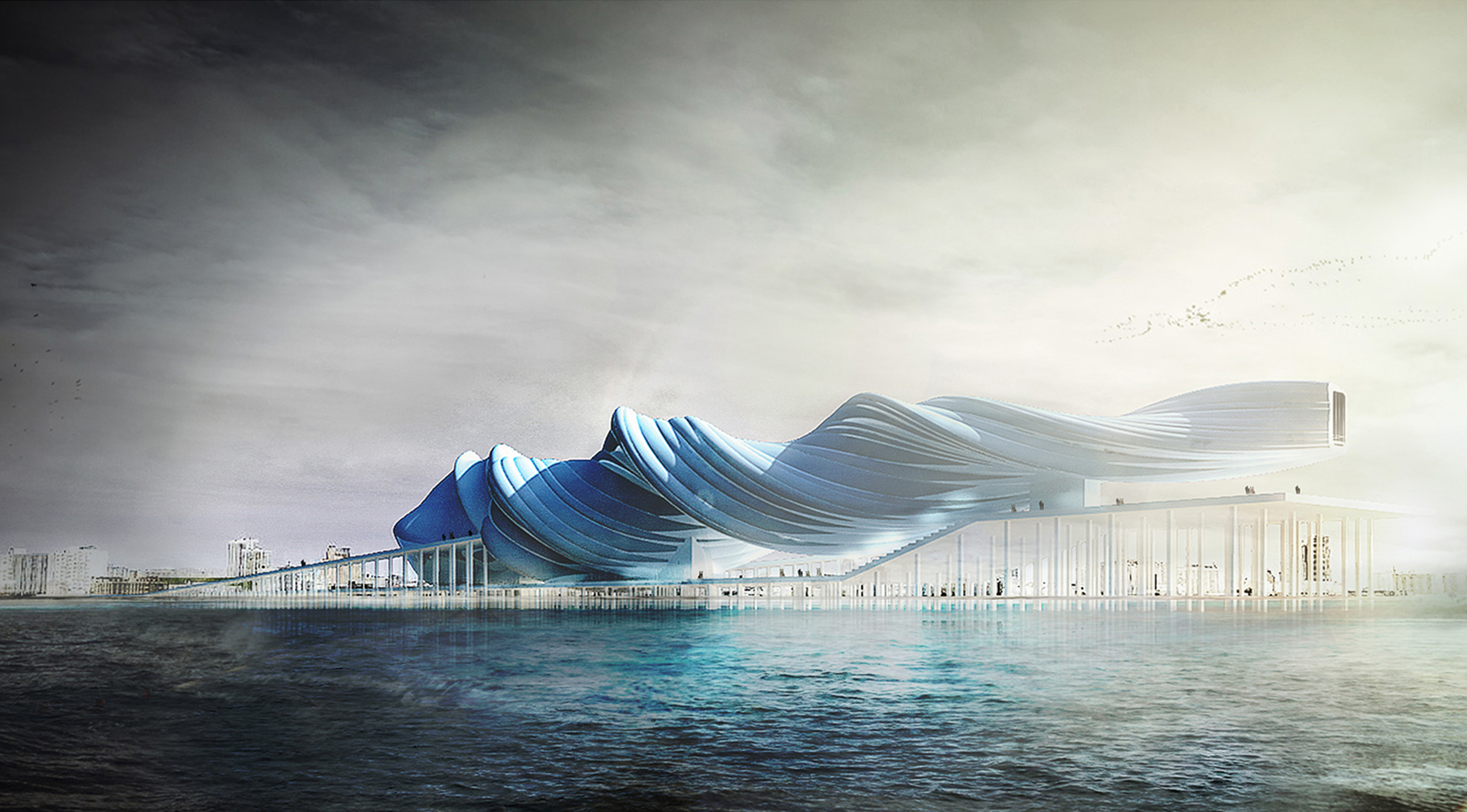 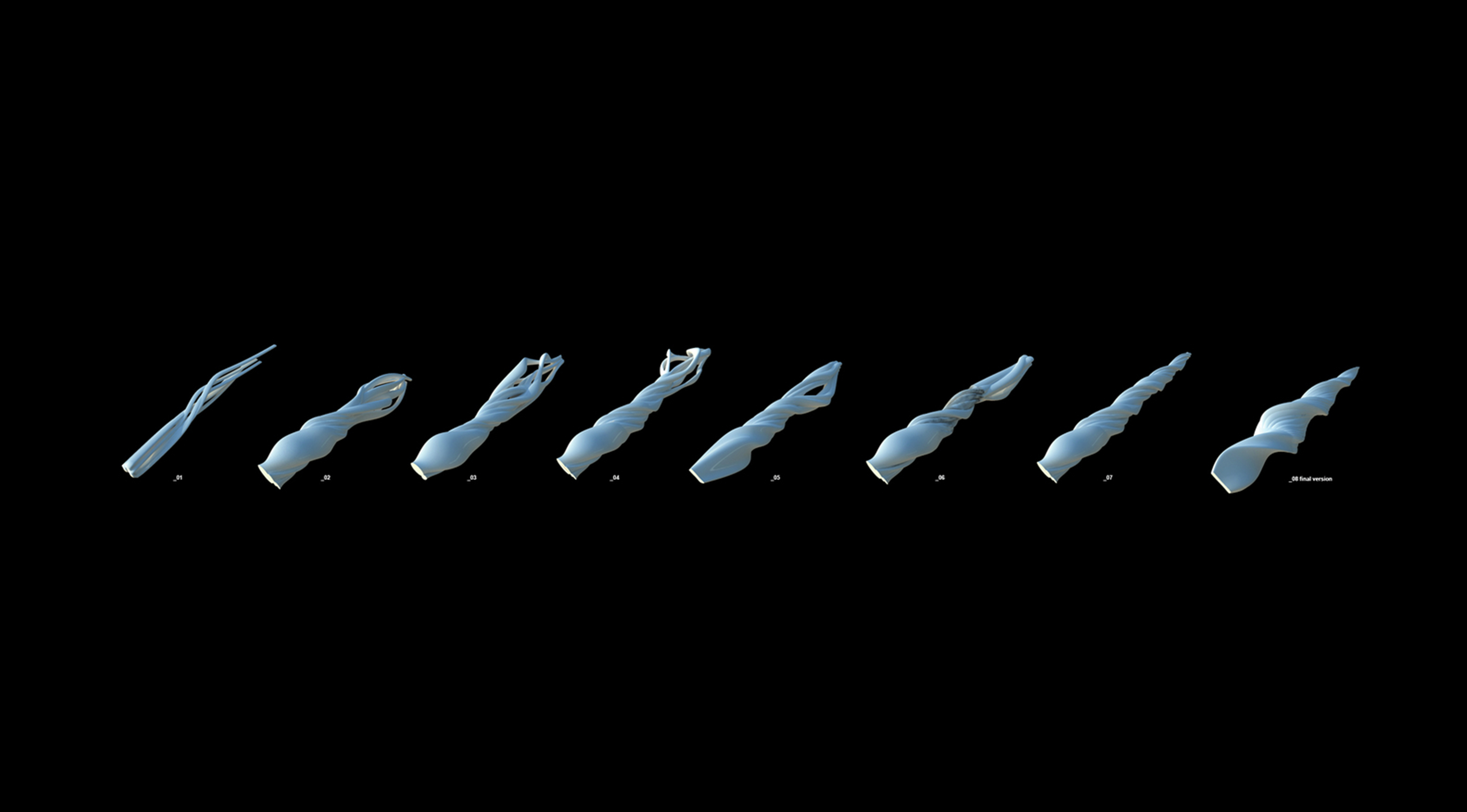 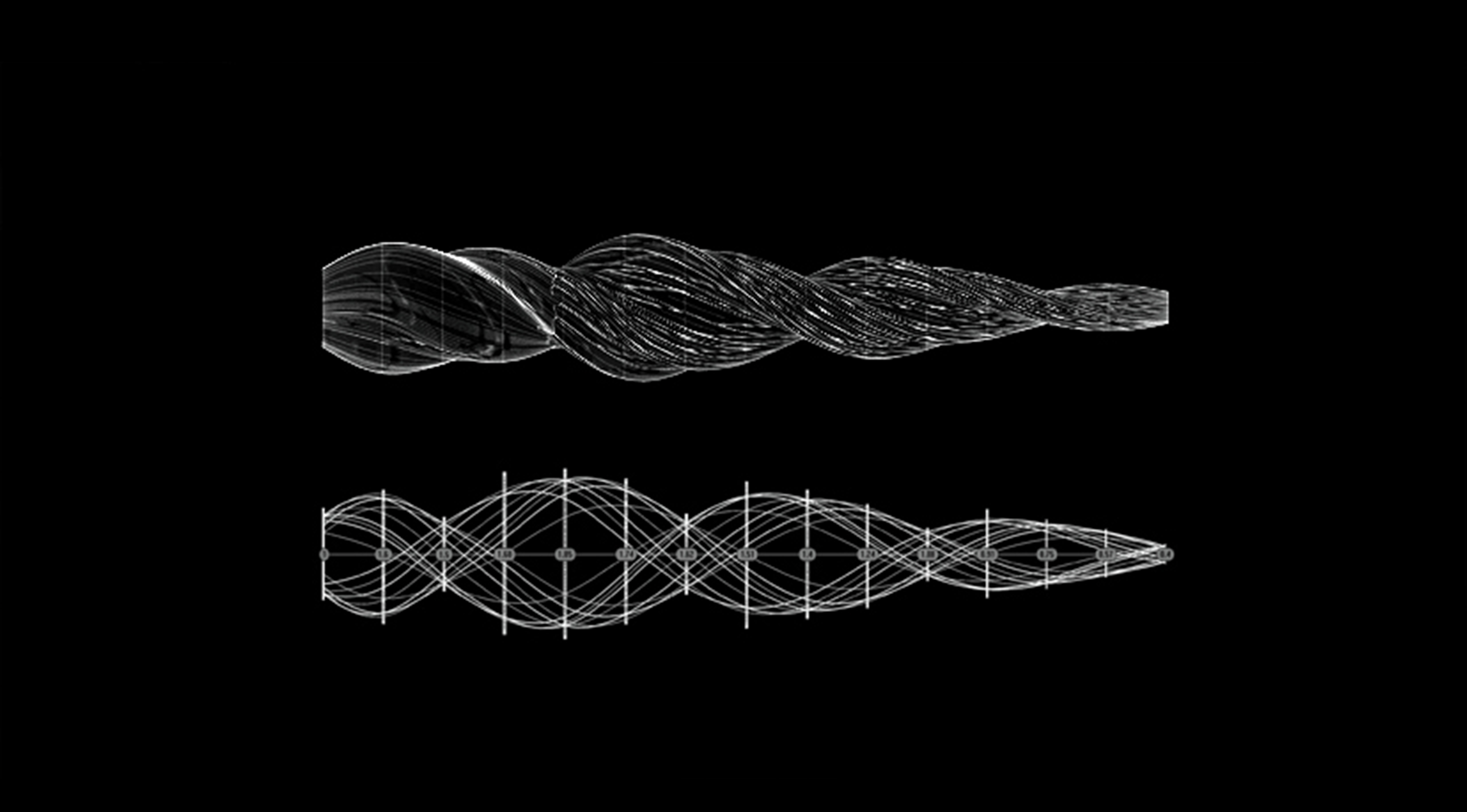 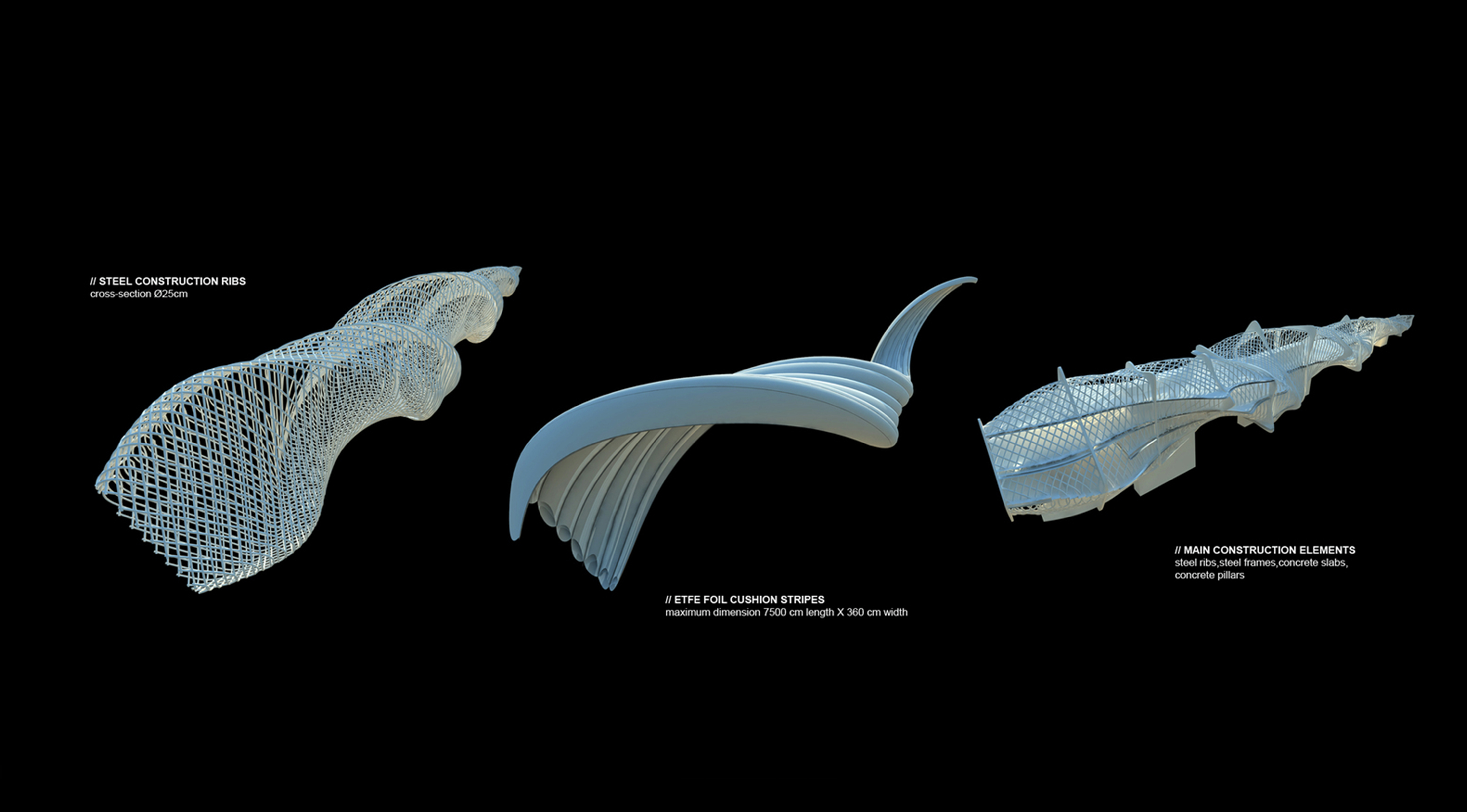 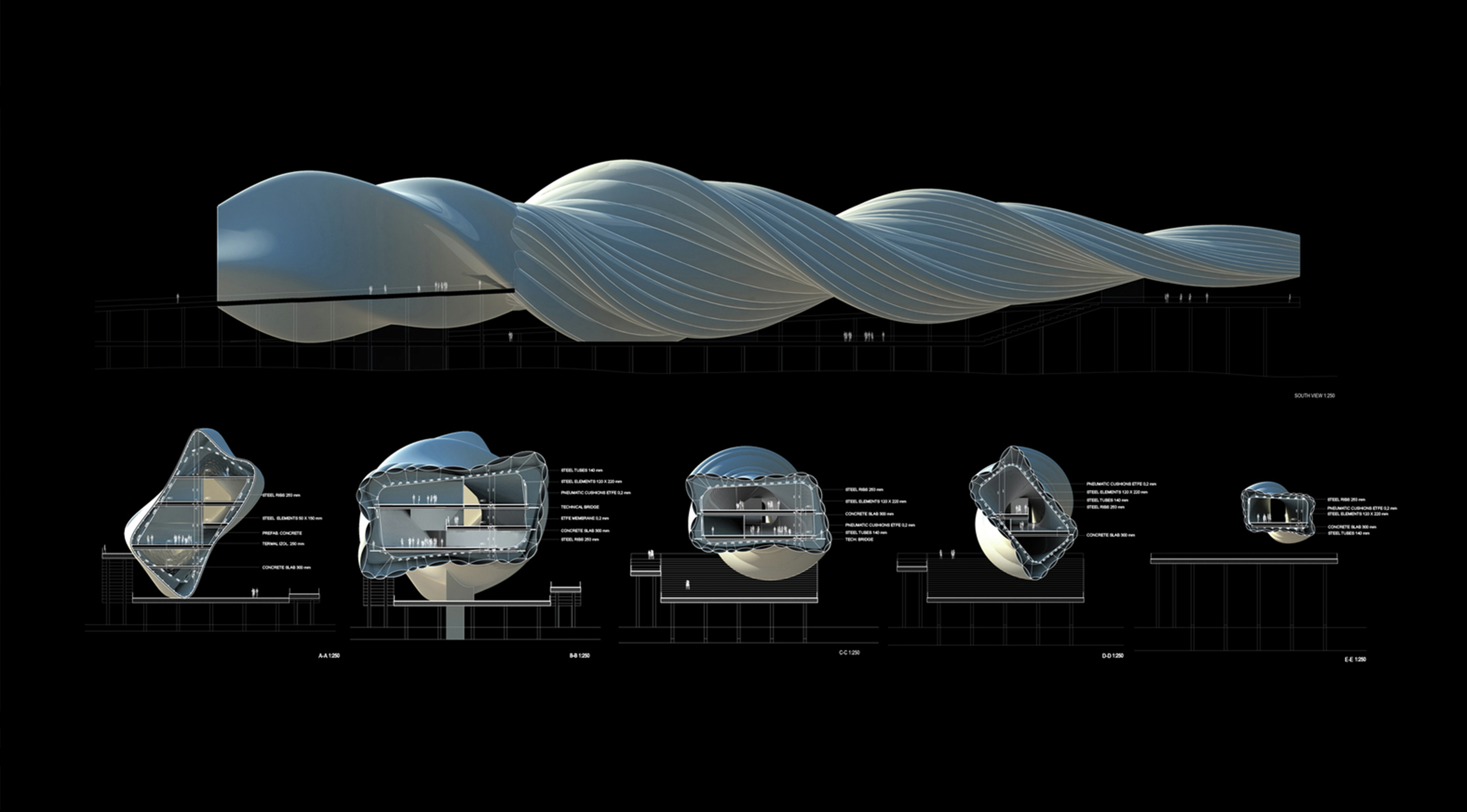 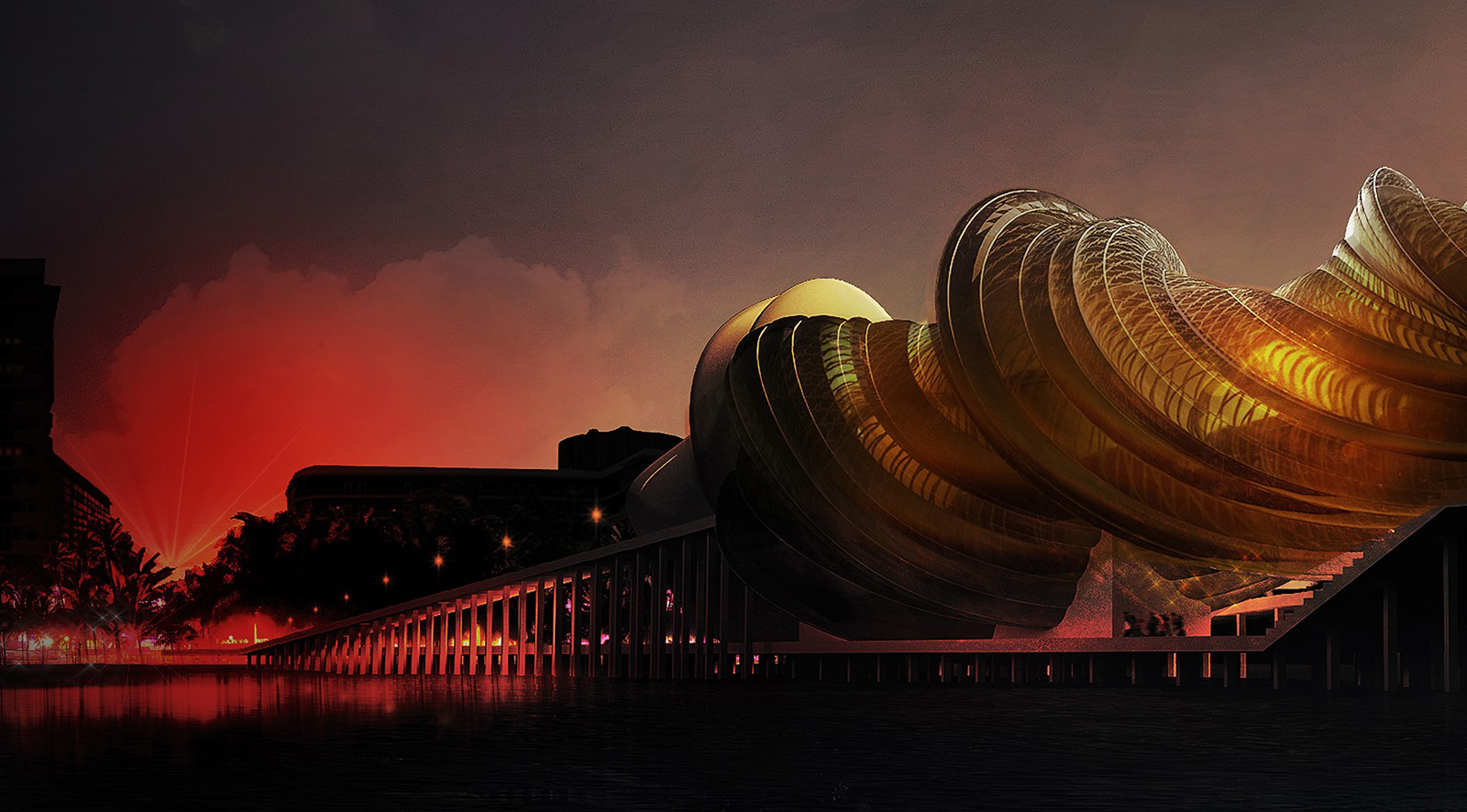 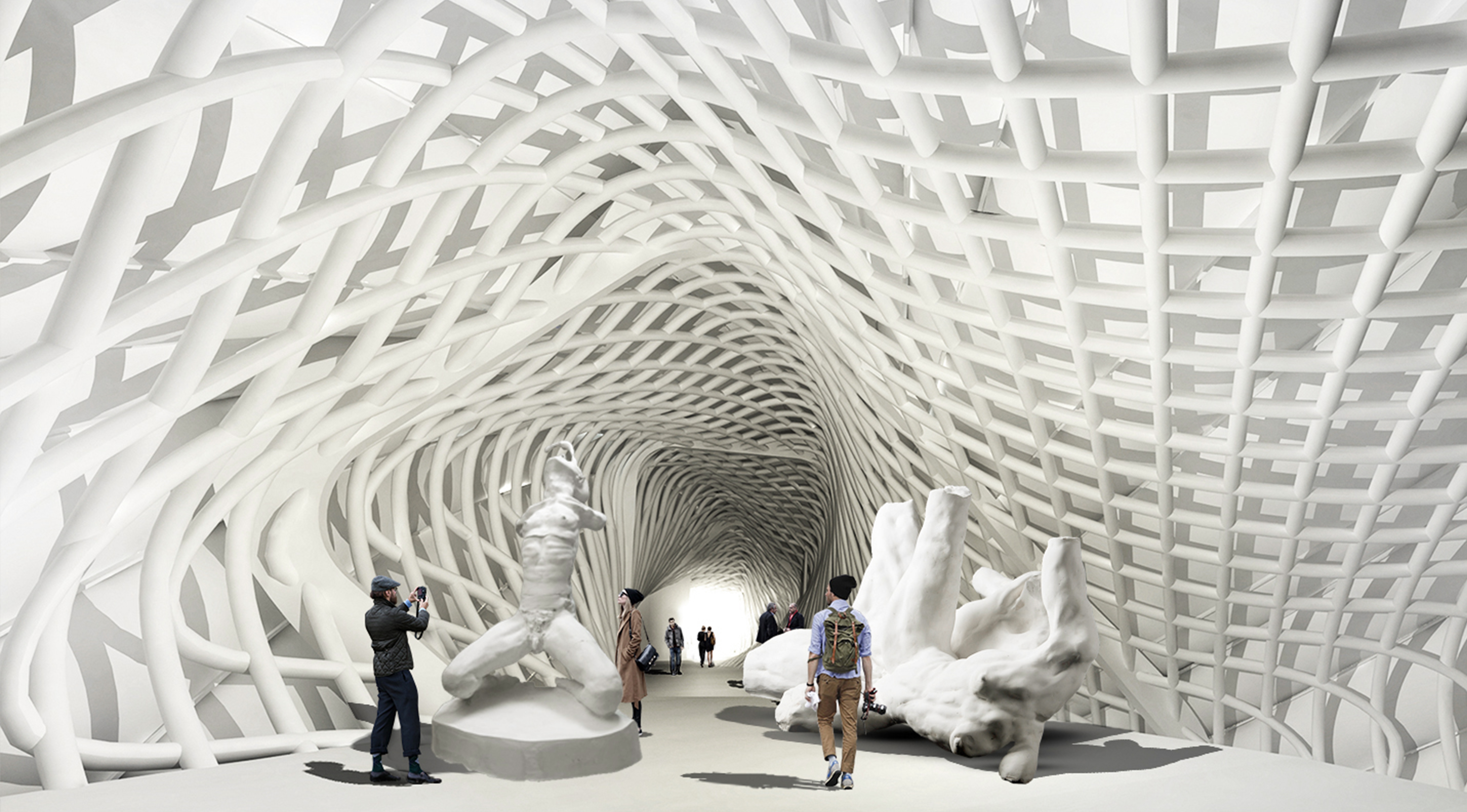 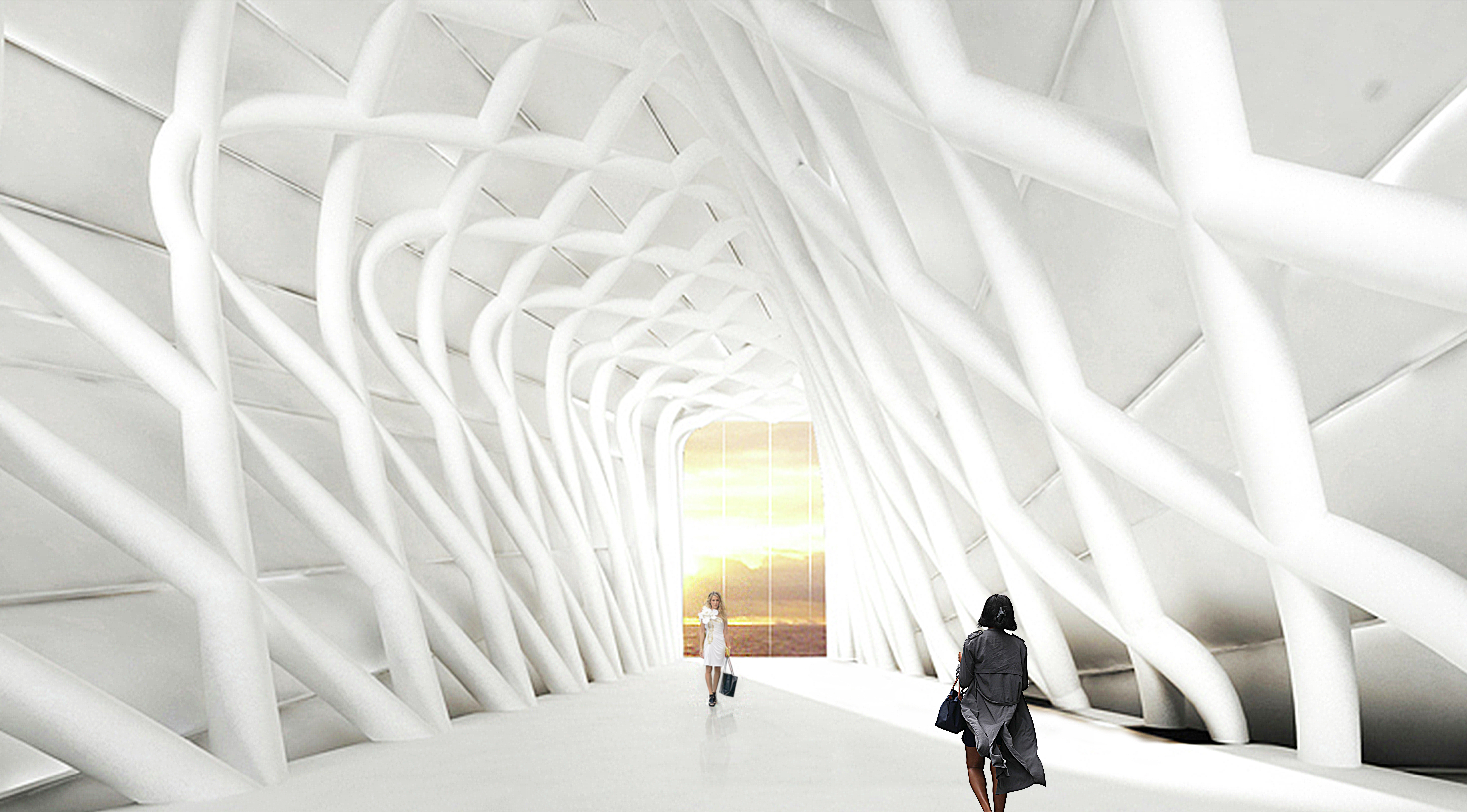 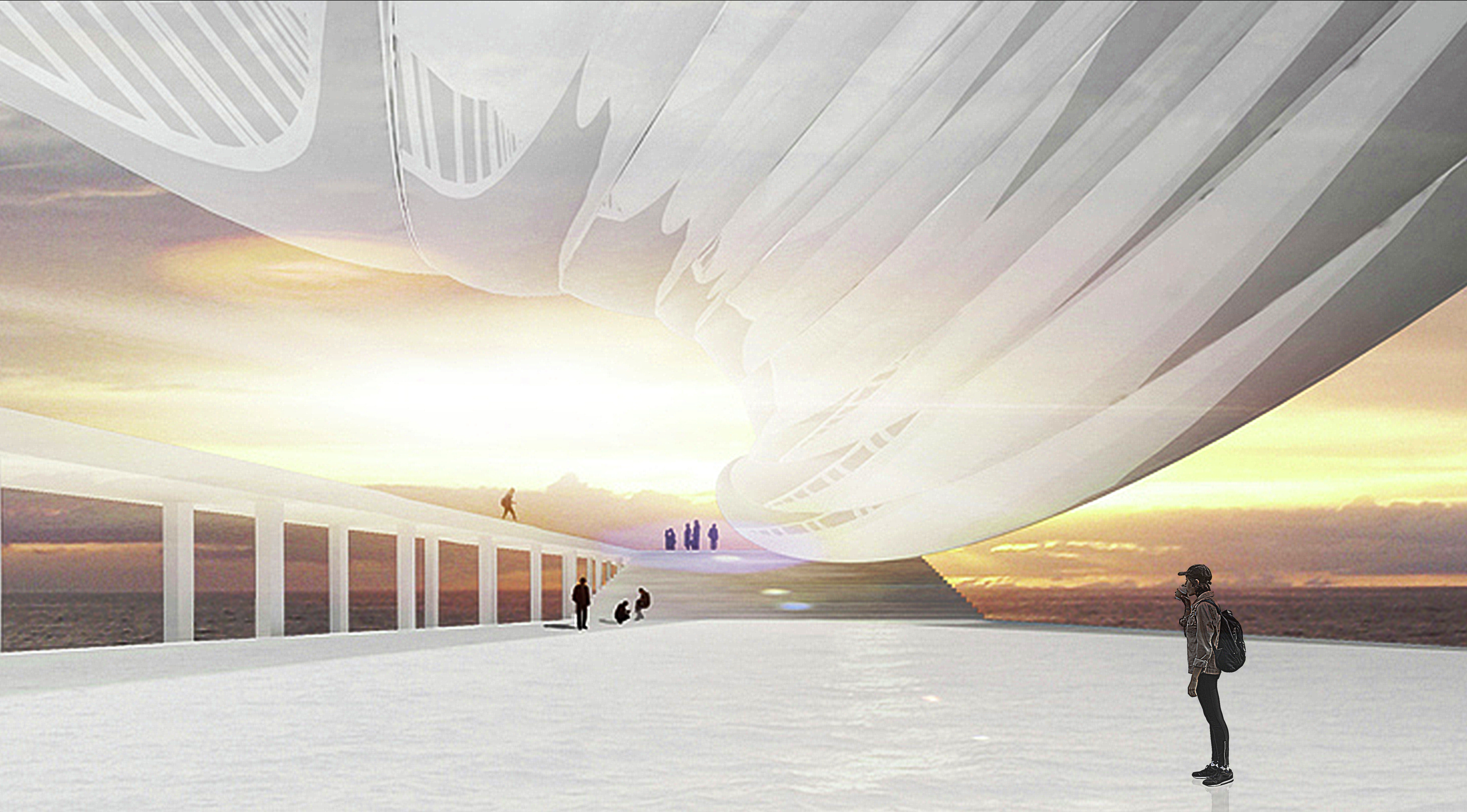 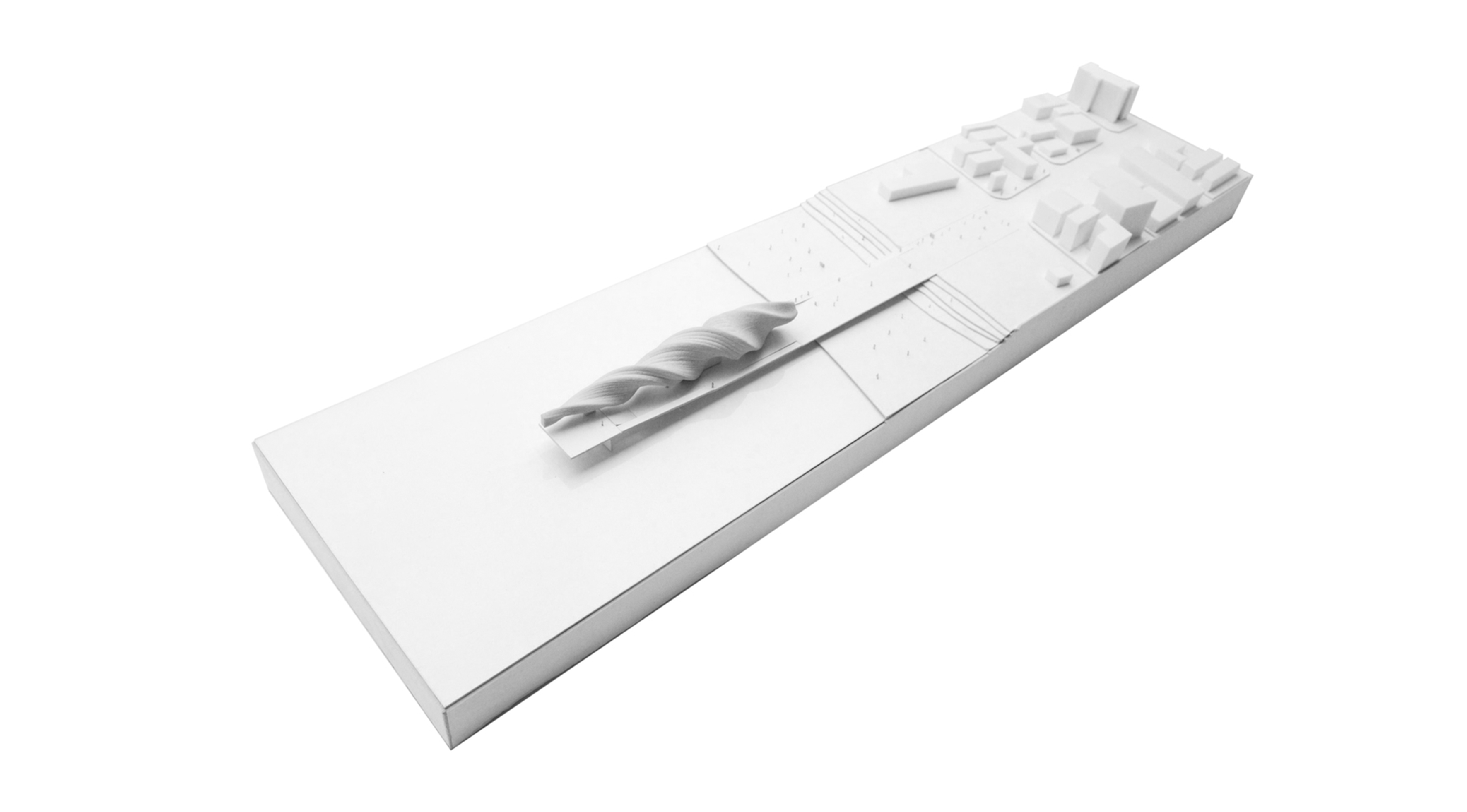 MUSEUM OF LATIN AMERICAN IMMIGRANTS
To commemorate & to resist. A bold design that symbolizes struggle and the sea.

Nominated  for the Building of the Year 2011 Award on the World Architecture Festival WAF in Barcelona
Exhibited in the La Biennale di Venezia – 13th International Architecture Exhibition in Venice,Italy in 2012 and Polish National Opera in 2010

Summary
The design of the museum in Miami, USA is devoted to the tragic and inspirational history of immigrants from Latin countries who are now the backbone of the society and economy of Florida.The structure at the same time acts as a shelter during hurricanes that appear frequently in this location and has a turbulent and intriguing character. Just as migration.

Project Description
Created as an innovative linear museum to symbolize the turbulent trials of immigration and the furies of the sea that brought the immigrants to Florida, the Miami Pier Museum of Latin American Immigrants building is symbolic and artful in its reflection of the struggles of Miami’s immigrants.

The museum is thoughtful to the immigrants it is honoring in all aspects of its design. The exterior’s twists symbolize the complicated emotions involved with leaving a motherland and coming to a land of opportunity. Simultaneously, the building’s interior features twisting elevations, reminding visitors of the effort needed and hills that are climbed in the immigration process.

The building also honors and mimics the sea that brought immigrants from Latin America and the extreme weather that affects it, with Zawadzki naming hurricanes as an inspiration for the museum’s façade form. The building itself resembles a giant wave, and its positioning on a pier over the ocean, off a beach front enhances this likeness. Interestingly, the building has been designed to be resistant to the very force it resembles: construction materials that are resistant to high winds and water will be used, and the aerodynamic twisted design itself seeks to protect the museum and its content from South Florida’s extreme weather.

Meant to be a space of somber remembrance of past struggles rather than a celebration of new opportunity, the building features such rooms as a “contemplation terrace,” where visitors can look out onto the sea in reflection. No information is available on when the museum will actually be built.